George Argyros is the Founder of Arnel & Affiliates and he is among the richest people in the US. Forbes Magazine includes him in its wealth lists every year. He is a former United States Ambassador to Spain, a real estate investor and the owner of the Major League Baseball’s Seattle Mariners from 1981 to 1989.

In Forbes 400 list, he was in 335th place with a fortune estimated at 2,1 billion dollars.

Argyros was born in Detroit, Michigan in 1937 and raised in Pasadena, California. His grandparents emigrated from Greece and he is a second-generation American citizen.  He is a graduate of Chapman University where he completed his business and economics degree in 1959.

Argyros started his career running a grocery store and afterwards started buying and selling real estate to gas stations. In 1963, Argyros opened his own brokerage office, and by 1968, he had established his own company, later to be known as Arnel Development Company. To date, the company has been involved in the development, construction and management of more than 5,500 apartment units, in addition to several million square feet of commercial, office, and industrial properties.

Argyros later became a general partner and principal financial partner in Westar Capital, a private investment company that provides capital for the acquisition of established growth companies. He also served as the Principal Financial Provider for Westar Capital and served on several Boards.

Argyros served as a member of the Advisory Committee for Trade Policy and Negotiations for the U.S. Trade Ambassador and in 1990, President Bush appointed him to the board of the Federal Home Loan Mortgage Corporation. In November 2001 he serves as the United States Ambassador to the Kingdom of Spain until November 2004.

From 1981 to 1987, he was the Co-Owner of AirCal, which was successfully sold to American Airlines in 1987, and was the Owner of the Seattle Mariners Baseball Club of the American League for nine full seasons.

From 1976 to 2001, Argyros set a record as the longest serving Chairman of the Board of Trustees of Chapman University, one of the West’s finest private universities.  He currently remains on the Chapman Board while also serving as a Life Trustee for the California Institute of Technology, where he formerly served as Chairman of the Investment Committee.

In 2008 he made a $20 million gift to Eisenhower George and Julia Argyros Health Center and will feature an urgent care center, imaging technology, a health and wellness center, physician offices, pharmacy, physical rehabilitation services and radiation oncology services.

In 1993 he was the recipient of the Horatio Alger Award of Distinguished Americans, perhaps the single most coveted award given in America to non-military, non-show business individuals. 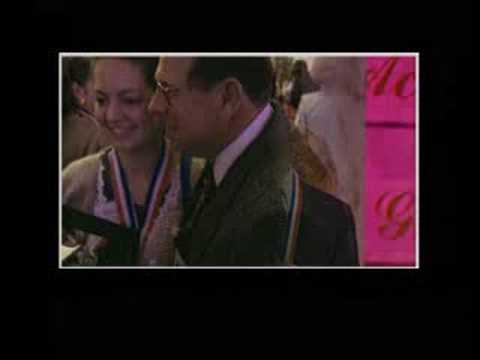