The homeless who became billionaire

The Greek Italian John Paul Jones DeJoria is on the Forbes 400 list, with the 400 wealthiest people in America, with a fortune that reaches 3,1billion dollars. His main income source is John Paul Mitchell Systems, his hair products company. Actually, before building his business empire, he used to be a homeless guy living in his car.

John Paul Jones DeJoria was born on April 13, 1944, in Los Angeles to immigrant parents, a Greek mother and an Italian father. His road to success wasn’t paved with roses. He was at the early age of 2, when his parents divorced. Later, at the age of 9, he started selling Christmas cards and newspapers together with his brother to financially contribute to the family’s income. His mother couldn’t afford raising her sons and both brothers were handed to a foster family.

John Paul used to be a gang member in Eastern Los Angeles, but he later decided to pull out, when his teacher of mathematics warned him that his gang involvement would prevent him to be accomplished in life. After graduating, he joined the Navy in 1962, where he stayed for 2 years and then worked several jobs, like a cleaning man and a salesman. He actually went through a period as a homeless, forced to collect empty bottles from garbage in order to survive.

In the market of hair products, he first worked for Redken Laboratories. Before starting out his own company, he was homeless again, forced to literally live in his car after his marriage divorce. In 1980, he founded John Paul Mitchell Systems, partnered with hairdresser Paul Mitchell and supported by a loan of US$700. Both friends’ dream was to develop an innovative hair care system of 3 products (shampoo 1, shampoo 2 and conditioner). Their dream came true and their company currently produces over 100 products and hair care

DeJoria was involved in a number of business ventures, like the company Patrón Spirits, which he founded in 1989 and currently sells over 2 million cases of tequila annually. He was also one of the founding partners of the House of Blues nightclub chain, later sold for US$350 million in 2006.

For his personal luxury he owns private jet.

DeJoria has also made major charitable contribution and his philanthropic efforts are legend. Along with Brad Pitt, Richard Branson and Nelson Mandela he is a founder of Mineseeker, a non-profit organization dedicated to seeking solutions to the worldwide problem of landmines.

Due to the financial crisis, in 2009 he donated US$150,000 to start out Grow Appalachia, an organization that educates poor Kentucky families to grow, cook and preserve their vegetables.

John Paul Jones DeJoria has been awarded for his charity work and is also nominated as life member of Horatio Alger Association of Distinguished Americans in an effort to honour his journey to success. 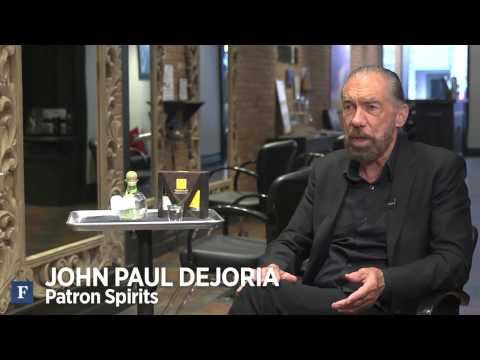