The Greek chef who cooked for Obama

Nicholas Poulmentis is the winner of American Chopped 2018 and Executive Chef and co-owner of Oli-vine in New York. The famous Greek chef has been featured on the pages of Forbes Magazine, as well as in the New York Times, and was chosen to cook for the White House and Barack Obama.

Although born in America, since he was one-year-old, he lived in Kythira with his parents. When he was just twelve years old, his relationship with the kitchen began, with his favorite occupation being the creation of various appetizers for his family. Seeing his passion for cooking and his talent in it, his parents supported his efforts after high school to study at a cooking school in Athens. 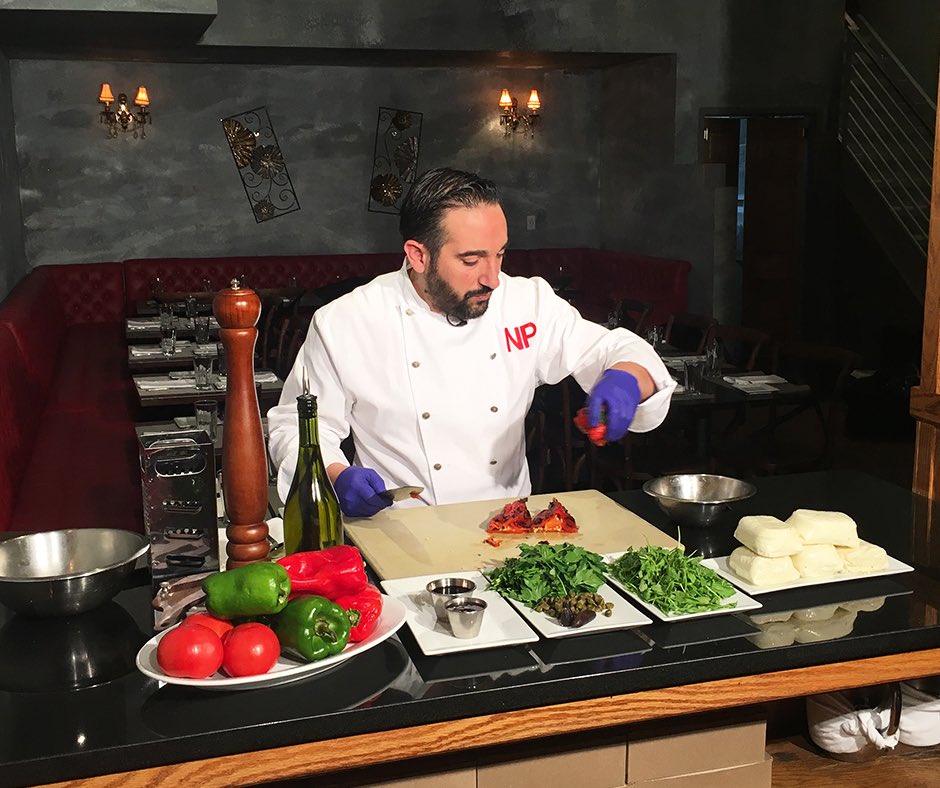 Thus, he completed the School of Tourism Education at Anavyssos, did his military work as a cook and, returning to Kythira, opened his first restaurant, which had been operating successfully for 19 years.

His goal is to always develop his culinary art and improve his skills. For this reason, during the years of his restaurant’s operation, he also participated in seminars in France, at the famous Le Cordon Bleu School, where he was taught all the basics of cooking. Later, he worked for eight months at a restaurant in Naples and got to know the Neapolitan cuisine, the recipes for various pizza pastries, and handmade pasta. His experience led to the opening of his own pizzeria in Kythira. 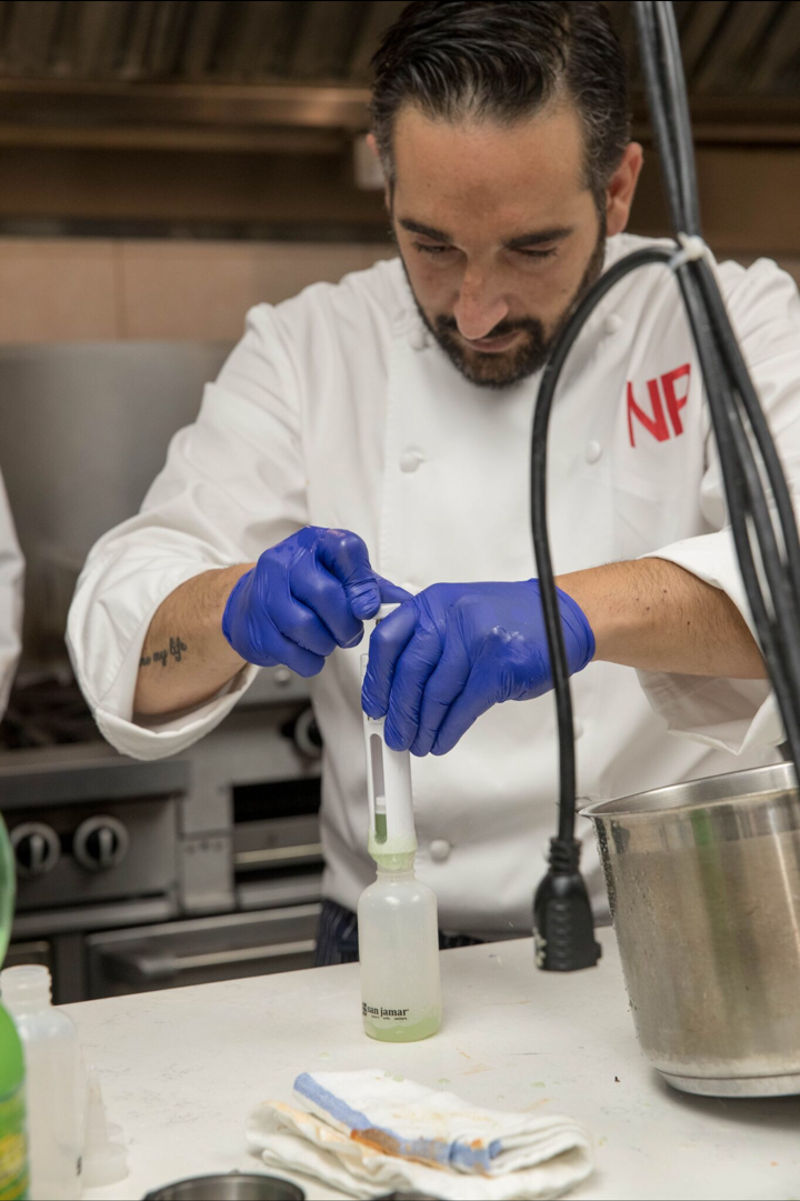 During the early years of the financial crisis in Greece, Chef Poulmentis decided to move with his wife and their then two-year-old daughter to New York. “I was 37 years old. I settled all my obligations in Greece and came here. Without relatives, home or work. In the beginning, we stayed in various hotels. We couldn’t find a home to rent because I didn’t have a job and the owners didn’t approve of me. ”

Desperate as he was, he agreed with his wife to visit Times Square and, the following day, he would change their tickets to return to Greece. One stop before they arrived, he met someone who spoke Greek. “We started conversing and he said, ‘I can’t find you a home, but I can find a job for you.’ He gave me his card and left.” That same night, he called him and started working at Chef Mary Loey’s restaurant in Manhattan. 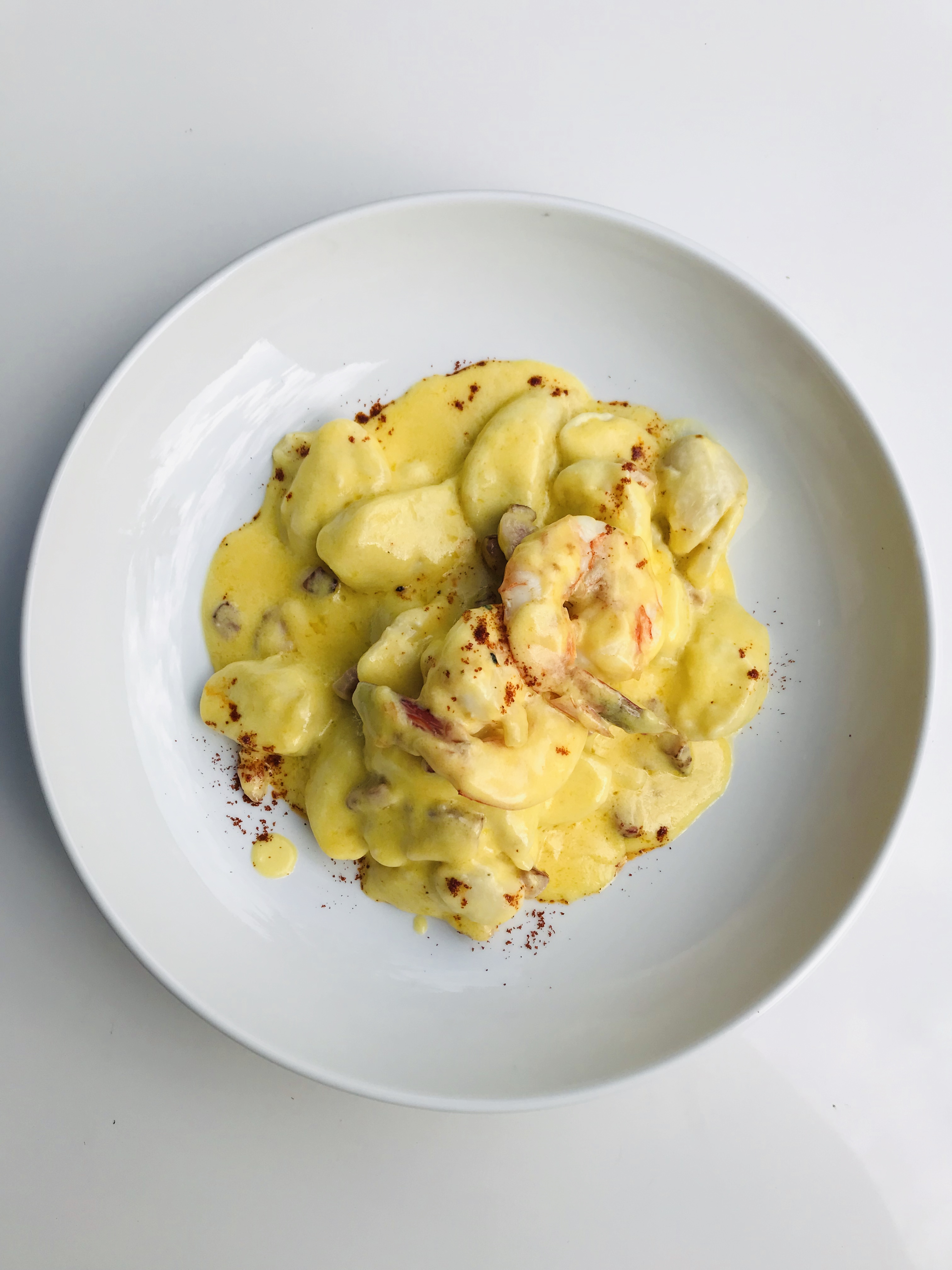 The “food” case in the United States, he says, is very different, as there is a combination of food from all over the world that he has been called upon to learn. However, he tries to focus on the identity of each food and not on the combination, which is not his temperament. It took almost a year for him to understand the American perspective on food and how they prefer their cuisine.

In 2012, just seven months after moving to America, he was selected to staff the team of chefs who cooked for four days for President Obama’s guests on Day of Independence at the White House. He says it was one of the most powerful experiences of his career. 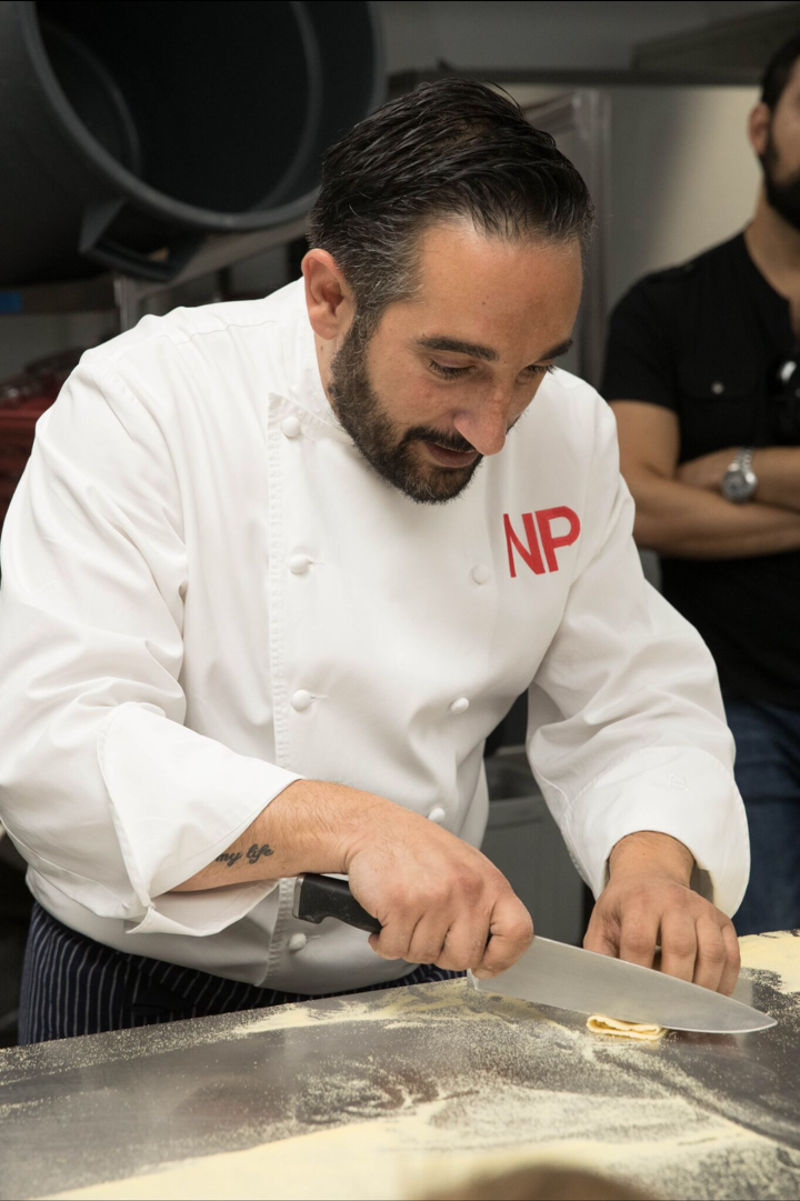 He ended up working at the well-known Theo’s restaurant and cooked for almost all celebrities until the restaurant closed. But he had already caught the attention of the Chopped managers on Food Network television, one of the toughest cooking contests for even the most experienced chefs. Those in charge, after contacting him, suggested that he participate in the show, which, after a casting year, he took place and won.

“Among the judges for that show was Martha Stewart. It was a very important and exciting experience,” the Greek chef confessed. “The funny thing was that I had to use ingredients that I had never tried before, such as corn dogs. The prize was $ 10,000. ”

Since his win at Chopped, he has been selected, along with 15 other winners, to play in the “Throwdown” show, and has been called back several times. He especially likes television and considers it an excellent tool to get his work exposed.

He is now an Executive Chef and co-owner of Oli.Vine in Astoria New York, with future goals being a Michelin star for it, another restaurant in Brooklyn and then in Manhattan. 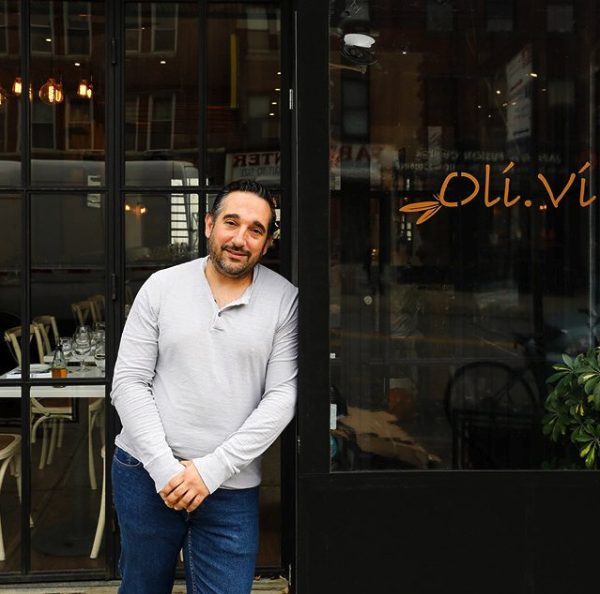 At Oli.vine, the visitor has the opportunity to taste creative, contemporary Greek cuisine based on traditional recipes and quality products. The moussaka, for example, is made with shrimp and scallops, the kleftiko (lamp-based dish), is cooked with fish instead of meat, the (now famous) fish roe is black, with truffle and cuttlefish ink, the spaghetti is handmade, like the bread, and the “orange pie” contains bergamot and” gnocchi “goat cheese instead of potato.

Nicholas Poulmentis combines his love of the cuisine with all his knowledge to offer something different to his customers. As he has said, he doesn’t want to make dishes and flavors that are common and “well known”. “That’s why I don’t even serve baklava in the store as everyone does – instead I make orange-pie with bergamot I make by myself. I made sushi with vine leaves. They even wrote about it in Forbes magazine.

The Greek chef has also been featured in The New York Times in an extensive article entitled Skip the Bordeaux, Go for the Assyrtiko. There, he participated in a presentation of fine Greek wines. The presentation included a food pairing, where the reporter glorified the black fish roe (“delicious and didn’t resemble anything we had – all of us at the table – tasted in our lives”).

Beyond television, he plans to have a cookbook, in collaboration with Stony Brook University in New York and nutrition professor Chris Arkan: “It’s ready and is expected to be released. It contains healthy, authentic recipes, with simple techniques so everyone can make it at home. I also gave my original recipes with great joy thinking that cooking does not end at of black fish roe, for example.” 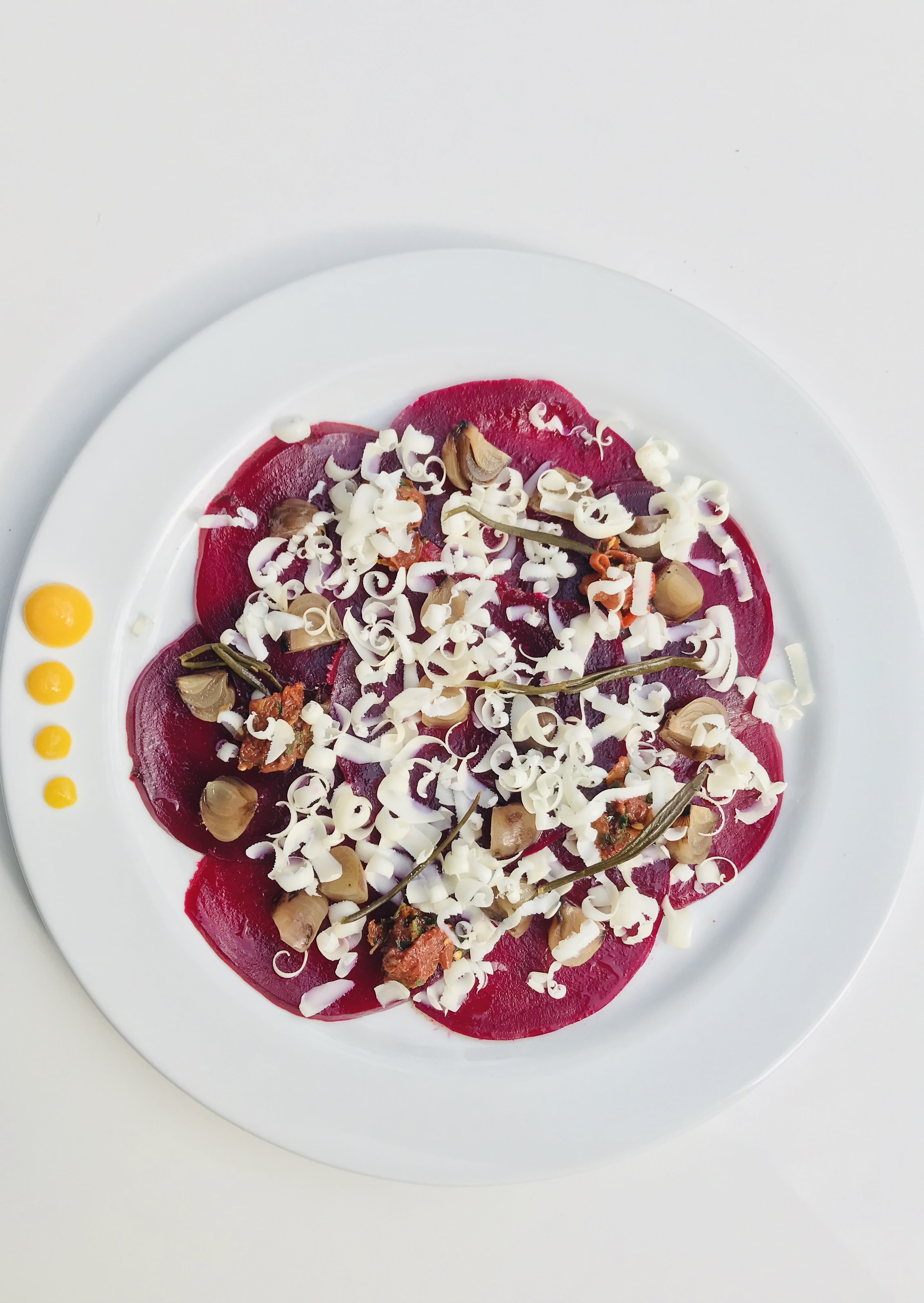 He is constantly experimenting in the kitchen and is consistently making new things while enjoying special materials and working with chefs in northern New York and Connecticut. He gives them his own seeds and they cultivate vegetables for him and if they like them, they sell them to others and give him a percentage for free. He made white eggplants from seeds he got from Santorini, but in a very small size, he brought rock salad from Crete, and he even made tiny tomatoes.

Although his career was a challenging one, his cooking became a hope even in the worst of times.