The telephony distributors change and colour the Athenian life

As part of the Athens Urban Gallery event, which takes place under the act of exteriors cleaning, “This is Athens – Polis”, the Municipality of Athens continues its work Upgrading Athens’ Commercial Triangle and prompted by Athenian shopkeepers and residents, it once again invited street artists to give color, character and life to about a hundred telephone-lines boxes in Syntagma, Omonia and Monastiraki. 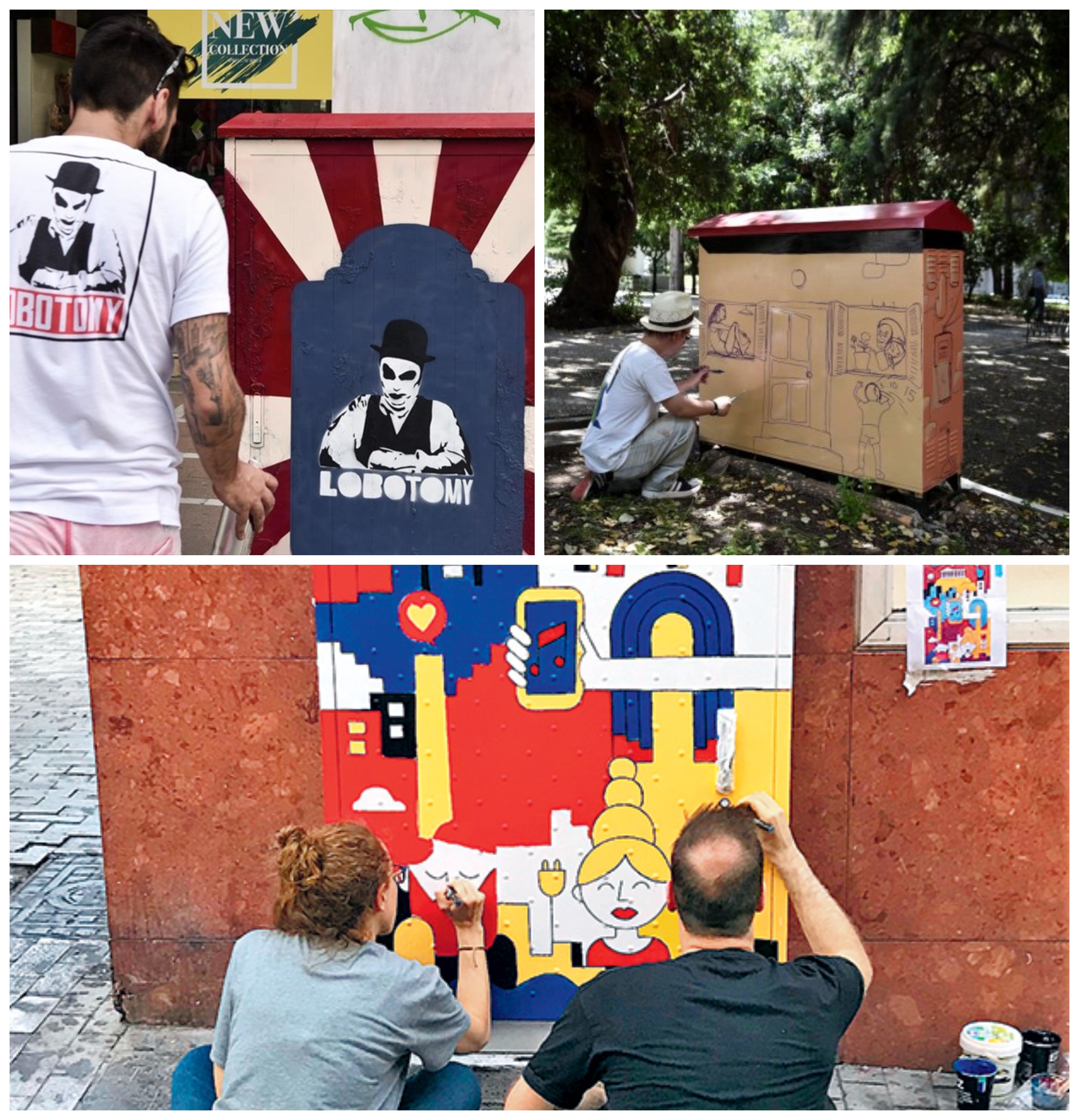 Across downtown Athens, eighty-three artists with 128 proposals transformed outdoor telephony distributors into canvases for the eyes of citizens and visitors, changing the dull, outdated and neglected look of the rusty gray or olive boxes of Greece’s Telecommunications Company. 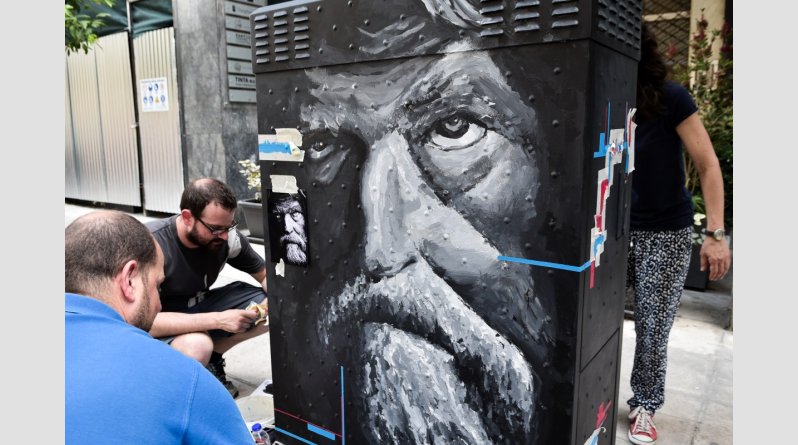 Street artists brought to life, in addition to the city’s colors, the mood of people, who having seen the same action in 2017, demanded that more and more telephony distributors beautify the streets, shop entrances, and dining places’ view. 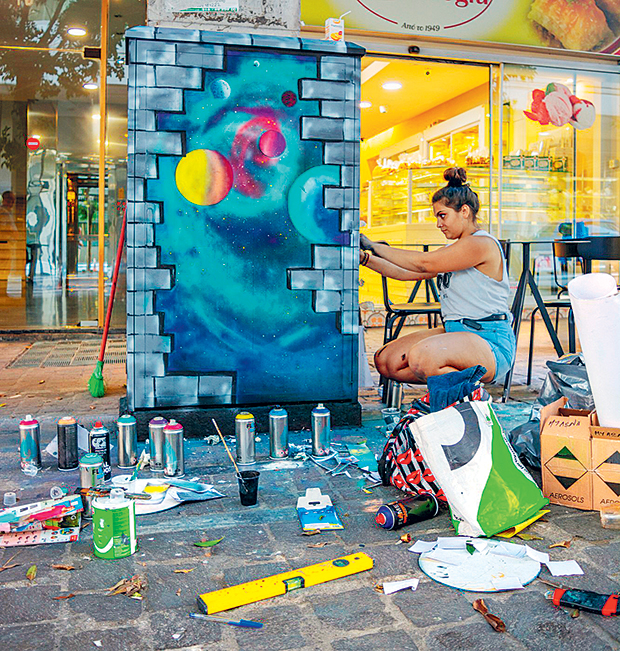 Some depict urban landscapes, others faces, while the eye may discover some particularly imaginative ones, such as the one on Athenas St. 24, which, thanks to the artistic Dimitris Kretsis, was transformed into a suitcase. 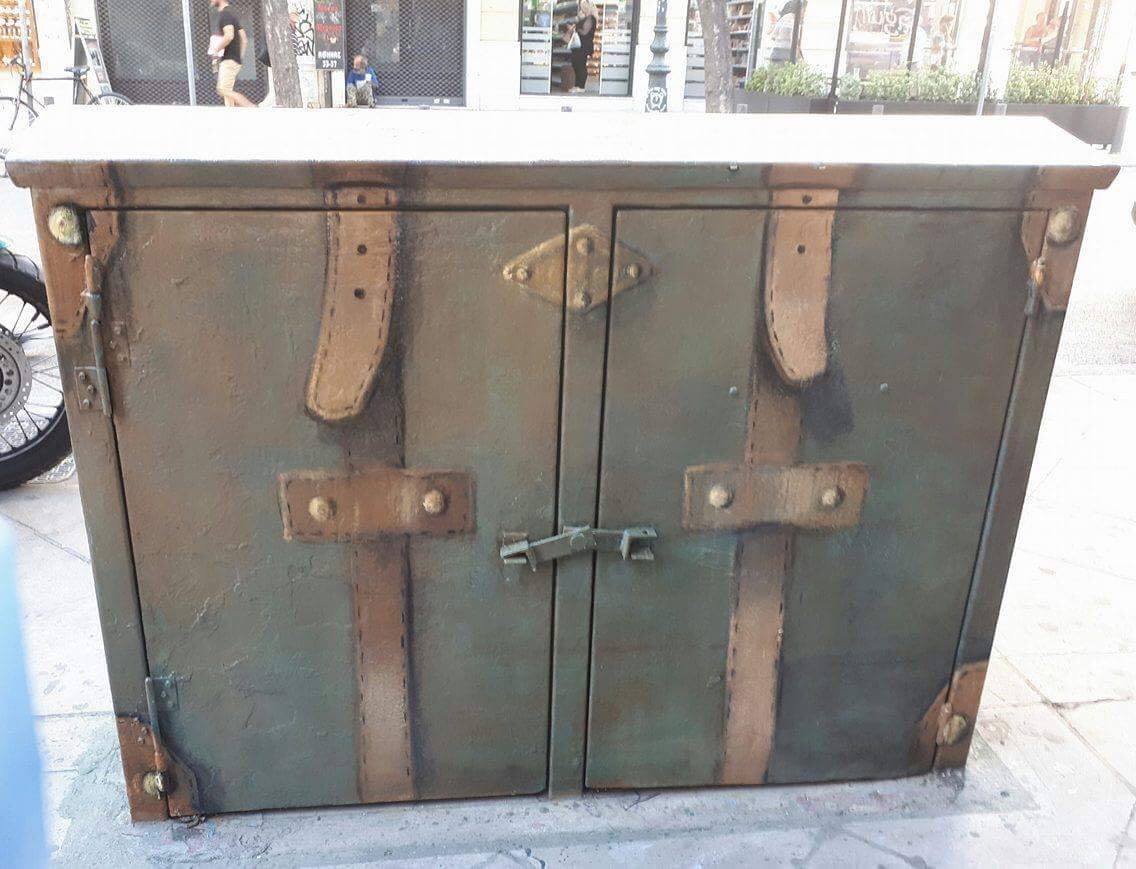 The invitation was made to artists who use wheatpasting and stencil techniques, as they are suitable for outdoor use and can withstand all weather conditions.

The artists were able to choose for themselves the materials they would use for the project, the cost of which was borne by the municipality, while, to protect the designs from vandalism, the boxes were protected with a special hydrophobic coating, which does not allow any squiggles. It is essentially the same substance that the city of Athens used on city walls in the last year to erase illegal graffiti. 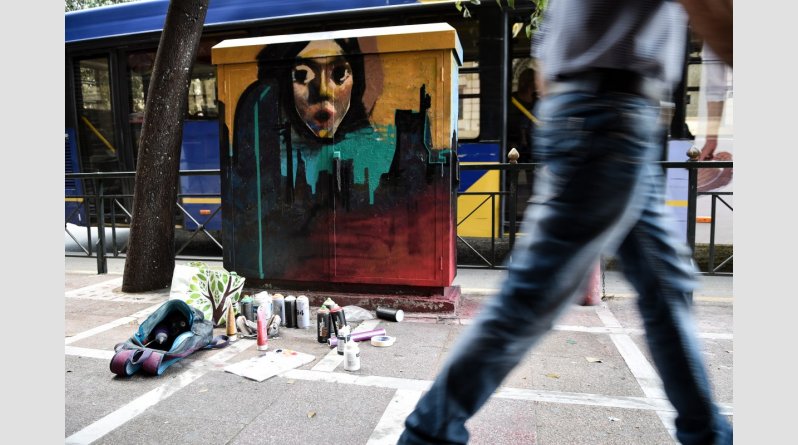 One of the street artists involved in the action was b., who designed five boxes from Omonia to Syntagma, Stadiou and Karitsi Square, something quite unprecedented for him, as he said, as he paints mostly on walls. 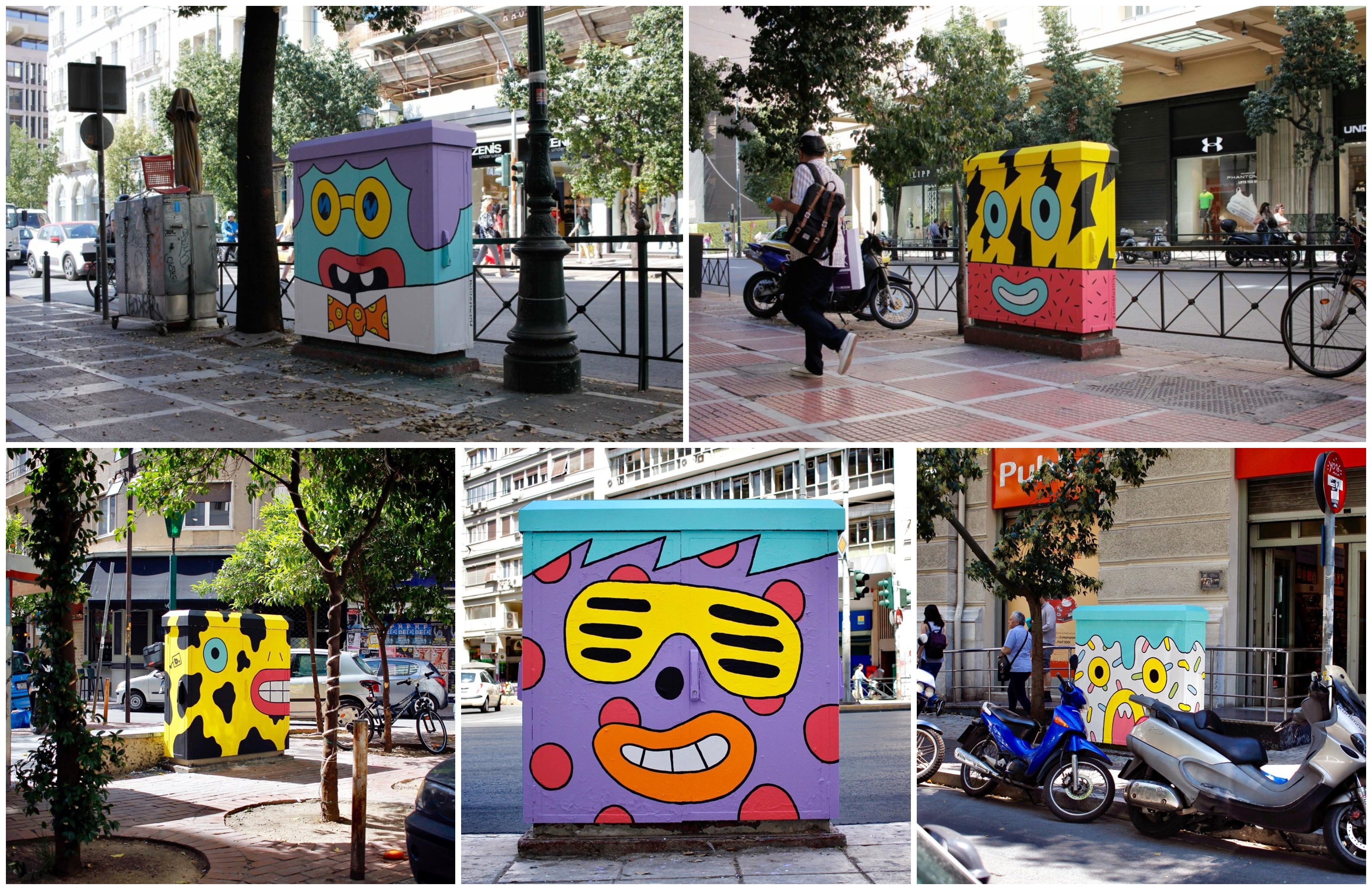 “The advantage of this box is that you can observe it from many angles. It’s basically something between a mural and a sculpture,” he points out. He decided to design five bright faces over the phone distributors, as “I wanted them to be funky and stand out from the surrounding urban environment. I wanted them to look like a person was jumping out of the pavement.” 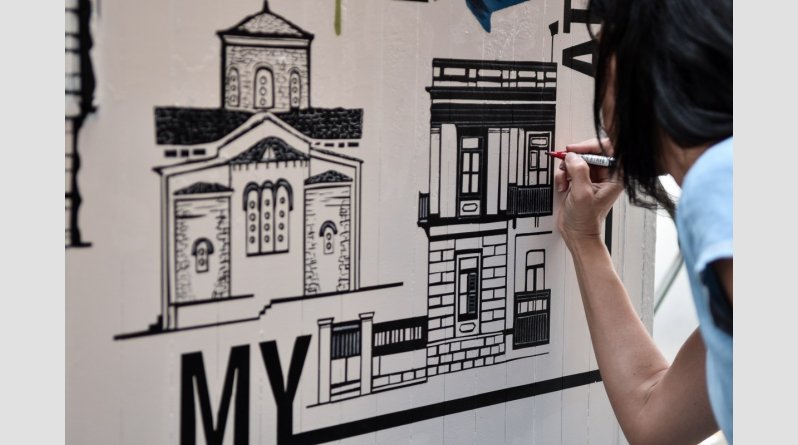 Inspired by the successful “Outside the Box” program, launched in Toronto in 2013, now, in 2019, the Commercial Triangle of Athens is filled with street art, and there are even provincial cities, such as Kalamata, that have decided to do the same in their own boxes. 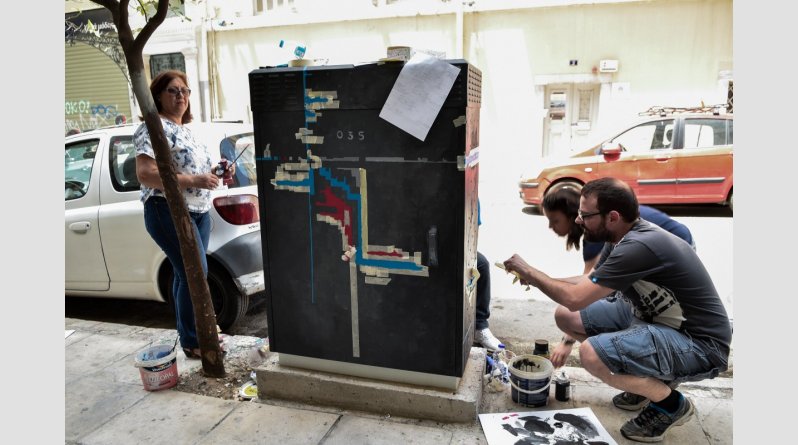 The broader goal is to preserve the architectural heritage and highlight the beauty of the city center, improving conditions for residents, businessmen and visitors.