The pilot program “Commercial Triangle Upgrade Program” of Athens, which aims to transform the Athens Center into a metropolitan center of modern interest, has been operating since January 2016 with exclusive funding from the Stavros Niarchos Foundation. The Athens Triangle officials have undertaken to implement it with a number of original precursory interventions, attempting a bottom-up change in the urban miniature of the area.

The commercial triangle of Athens is now “emptier” of vehicles, graffiti, posters and derelict facades of preservable buildings. This City of Athens’ upgrading program strives to pierce the mindset of the indifference to the public space and to upgrade the commercial “stamp” of the capital, which shows evidence of a city trying to acquire European essence. 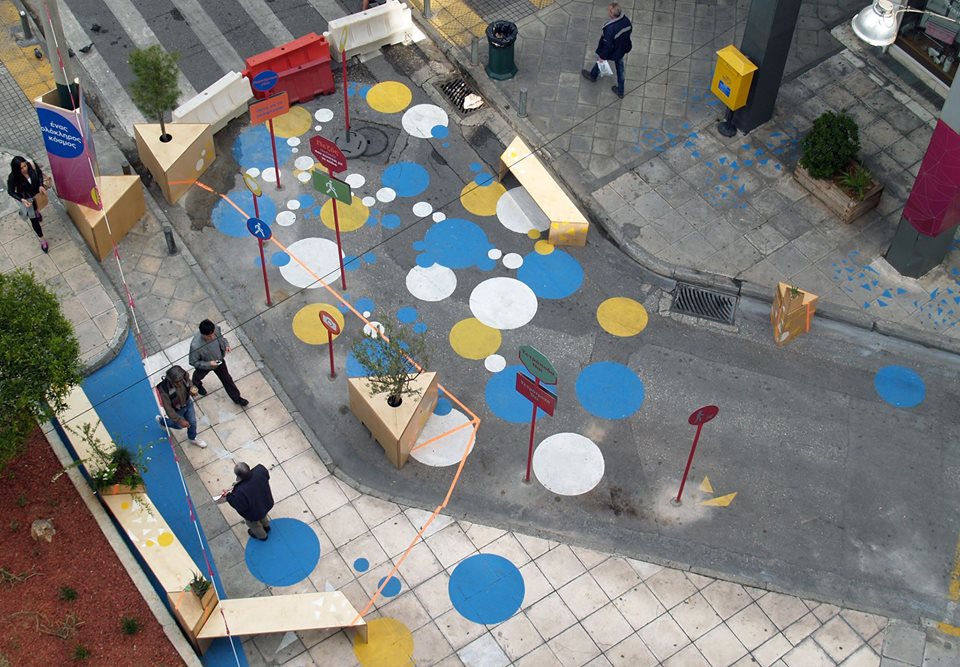 The Municipality’s interventions in the Commercial Triangle will serve as a model for how coordinated and focused municipal action can provide tangible, affordable, environmental and social benefits and attract new investment to Athens. “Before we started the process, we prepared a questionnaire for the shopkeepers of the Commercial Triangle and a little later for the passers-by, with the help of specialists, in order to make the backbone of our changes,” explains to the athinorama.gr Elina Dalla, the architect and project manager of the Athens Triangle.

“We immediately understood that the priority of citizens was to restore cleanliness, brightness and security.” Therefore, from the first moves, they focused on this triptych with the provision of 3,000 LED lamps, garbage bins for the surrounding area and special refuse guns as well as modern cleaning machines for the interior of the triangle. ”

Initially, significant changes in the image and operation of the area are the applications of model-tested, and in other capital cities, strategies for limiting illegal parking and occupation of public space. Still, all this time, the pedestrian activities are continued by municipal funds, while the upgrading of the urban equipment was implemented with the exclusive donation of the Stavros Foundation Niarchos and the coordination of the Athens Partnership. 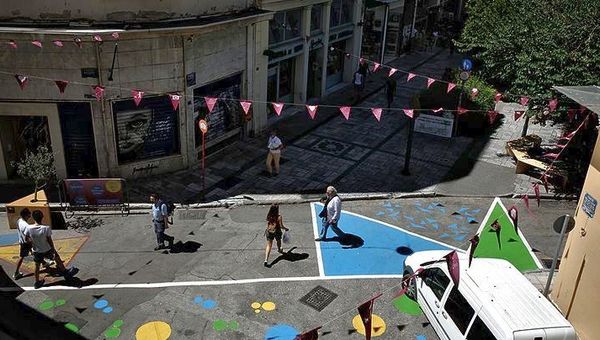 To date, ten cleaning machines have been purchased specifically for the Triangle’s roads, seven vehicles (four small and two large waste trucks, one sweep) and three washing machines. In fact, small garbage trucks have been supplied with chips, which will notify – with SMS or email – the shopkeepers about when they will pass so they can get their garbage out on time. At the same time, 29 events and actions have been organized, with 178 artists from Greece and abroad and with over 17,000 visitors.

Among them, the “Back to Athens” of June 2018 (in seven places, with 11 exhibitions) stood out, the illuminating of St. Mark at Christmas, and the action with “We can” (October 2017), which the world was informed about the food wasted, while 600 nutritious salads were delivered to the City of Athens Reception and Solidarity Center, with vegetables saved from folk markets.

As the people in charge found out that the scribbles on the walls were associated, to citizens’ conscience, with neglect and criminality, they cleansed walls and facades of over 7,500 sq. M. Nowadays, canvas temporary coverings hide preserved buildings, owned by individuals or institutions that are unable to make decisions, vehicles have disappeared, thirty Green Boxes have been painted, empty buildings are “resurrected”, the branch of the NKUA has been cleaned up and constantly hosts exhibitions, as Constantinos Basios, supervisor of the building says. “We help the locals not to quit. We even organize online promotions. The citizen needs to feel that someone is close to them.”

“The goal is to make the citizens and shopkeepers to feel the animators of the project and to develop a community that cares about the public space,” observes Elina Dalla. That’s why the wooden benches, the metal chairs and the saplings that have been recently placed in the alleys of the Commercial Triangle, along with the recent actions in the shops, do not only serve the grooming of the area but aspire to cultivate the local public’s sphere and the protection of the public space as if it were a private responsibility.

In this matter of the rapprochement of the public space, the major (for the region) problem of illegal parking on the (future) pedestrian streets is also addressed. Thus, special signs were placed, while the spaces were visually demarcated with a new colorful ground as the Triangle team periodically updated the drivers of the parked cars for the imminent change.

Using art as a “channel of communication with different common people”, as the project manager of the program notes, since April last year, the cultural program AthensIntersection, under the supervision of George Georgakopoulos, was put into operation. “Through art, we try to bring to the memory of the citizens everyday issues of the region that, due to repetition and habit, have been forgotten”, as the curator says. 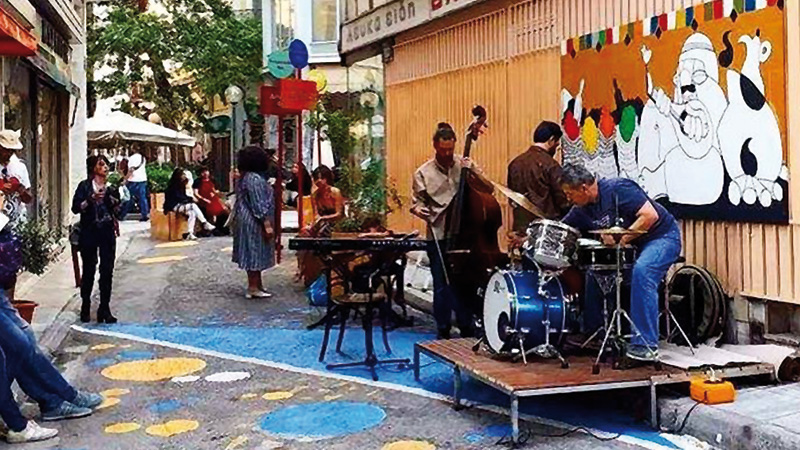 The extent of the triangle grows and while the sponsorship of the Stavros Niarchos Foundation was over on July 18, the program was extended for another year, “but without extra money, since what had been budgeted for the year and a half will be enough for us to work for two and a half. However, we needed the Niarchos Foundation, because we still have a long way to go, to make changes door-to-door and this municipality alone can’t do it,” Elina Dalla says to Kathimerini.

As the mayor of Athens, George Kaminis, stated “with the Commercial Triangle, we prove in practice that our city can operate with rules. No cars in the center, with loading and unloading of stores and garbage collection, with smart lighting, with no smudges.” What is left is the experiment of the triangle, which tends to become a pioneering model, to create what the city still lacks; on one hand, the functioning of the city for the benefit of its citizens and, on the other, the metropolitan behavior of the Athenians.