The Greek personal trainer of the world’s top athletes

Christos Fiotakis is the fitness coach and personal trainer of some of the most distinguished athletes in the world, such as Greek tennis champion Stefanos Tsitsipas and the motorsports stars Felipe Massa, Charles Leclerc, Thierry Neuville, Andreas Mikkelsen and Jérôme d’Ambrosio. 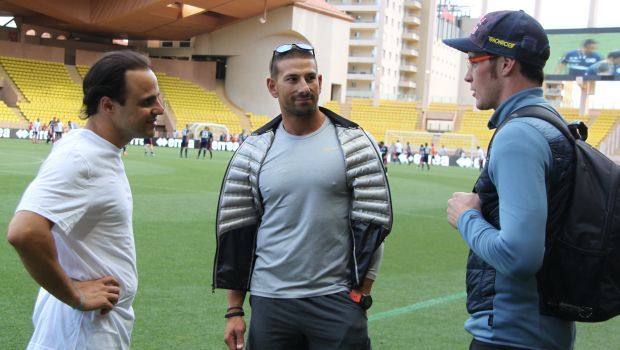 Christos Fiotakis was born in 1980 in Chania, Crete, where he also grew up. He studied at UCLA in California with a scholarship and after he successfully applied his knowledge to himself -he started as a track athlete (he made 100m at 10.58 sec and the 60m at 6.78 sec) and then as a rugby player- he later on set up and operates in Monaco his own personal training company, named “Elite Fitness MC”.

His first steps in the field he now excels were when he was in his last rugby team in Nice, France, and some big sponsors based on Monaco have asked him to take over the physical and intellectual coaching of the employees in their company. 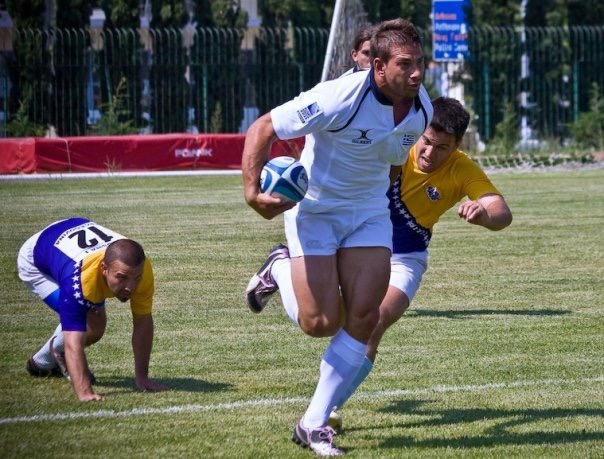 When Christos Fiotakis, after 59 appearances with the Greek national emblem and his career in England and France, decided to stop rugby, he started working as a personal trainer in Monaco and based on his good work and his resume as a former athlete, gradually gained recognition in his field.

That led him to initially train Formula 1 driver Felipe Massa and then other motorsport athletes, something he found extremely interesting as they needed high-intensity workout associated with a muscular fit because they did multiple combinations in the races and this is demanding physically and spiritually.

Being one of the top tennis players in the world -No.7 today in the world rankings- Stefanos Tsitsipas chooses top co-workers for his training and preparation, so in 2017 he began his collaboration with the top Greek personal trainer, aiming to perfect his physical condition.

Since then, Tsitsipas has been practicing tennis at Patrick Mouratoglou’s athletic center in Nice, France, where Christos Fiotakis was based, and his gym training is now in Monaco. His skills and stamina in the latest tennis races show that their collaboration has paid off and the future is even brighter.

With a flashback in the past, a few years back, we see that it is of great interest the beginning -but mainly the results- of the collaboration between Christos Fiotakis and one of the leading Formula 1 drivers, Felipe Massa.

In the period 2009 – 2013, the at the time Scuderia Ferrari driver was experiencing great difficulties. Having lost the title of 2008 at the last circuit turn of the year, in the next season he had one of the most rare accidents in Formula 1, when he was hit by an 800gr. Suspension spring that fell as a fragment at high speed on his helmet and from pure luck he is still alive. He returned to racing in 2010, found the courage to race but not his speed. Also his environment did not help, since Ferrari’s headquarters in Maranello are dominated by the climate of utterly stifling pressure. So, when Massa looked for Christos Fiotakis, he needed much more than a personal trainer.

“One morning, while Felipe was out for a run, he saw me training some clients. Tentatively, he approached me and he was introduced to me. I may not watch motosports systematically but I liked Formula 1 and I knew who he was. He had asked about me, they told him that I was a good coach and since he did not work with anyone in this field, he wanted to try together. Of course, I answered positively” the famous Greek gymnast, honored to have been asked by a nearly World Champion for his help, said in an interview. 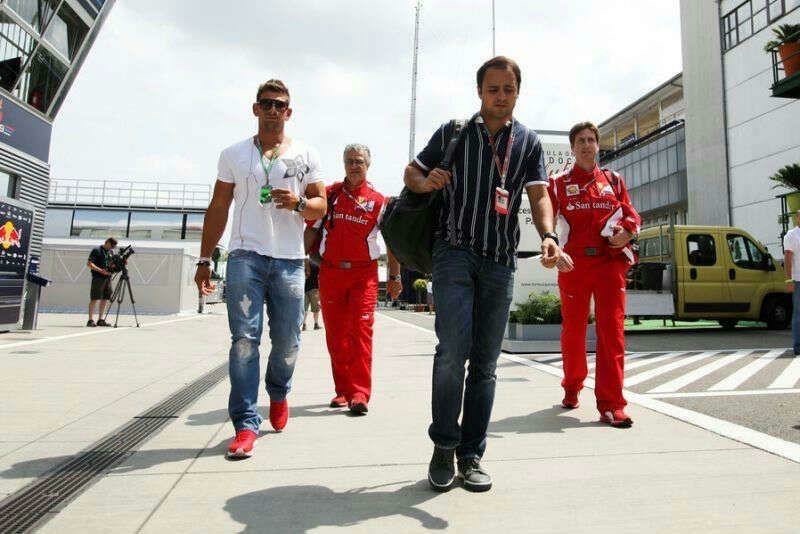 “I started working with Felipe just two weeks before the Monaco Grand Prix in his last Ferrari season. At a time when he was not psychologically well, he had accidents, he did not have a coach, he was forced to train alone and was generally not in good shape. That year he had a lot of pressure because his contract with the Ferrari team was ending, and the results were not what they wanted. However, is it possible to get a man to give it up when you have a pistol on his head? It can not be done. He was not happy in recent years in the Italian team because he had too much pressure. And that had an impact on everything. He had lost his appetite. The truth is that Ferrari supported Massa beyond all expectations. Despite the pressure for victories and titles, the then team principal Luca di Montezemolo did not stop believing in him”, said Christos Fiotakis.

“At the time of his transfer to Williams, he was “a new Felipe”. He was happy, he had found incentives. Where I expected that he would tell me he wanted Sunday to sit at home and relax with his family, he came and told me to do a workout. He changed as a man and saw working out in a different way altogether”, Fiotakis added. 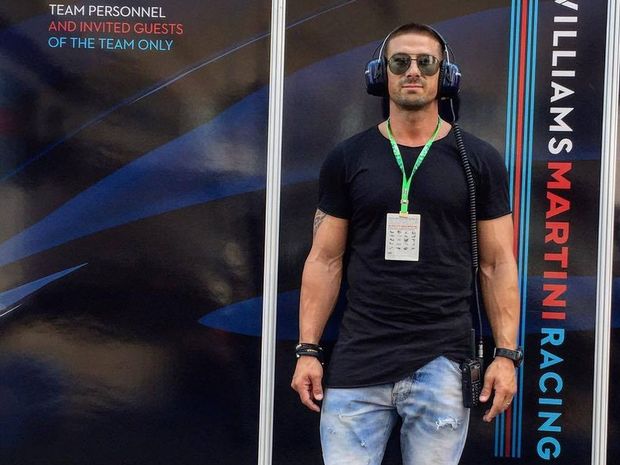 “In motorsport and especially in Formula 1, you have to push the driver to the maximum, but on the other hand, you have to be very careful. You train a driver whose hands are “A and Z” in his work, and he is paid with millions of euros per year to drive a racing car. So, if you are in charge of his training, for his empowerment, if you just push him a little more, the disaster can easily come. At first we started carefully, sometimes he was not doing some exercises because he was afraid to overdo it, but slowly I think he thought he could do everything, and he must be strong enough to do everything. I can say that after four years of cooperation, even in his final year at Williams they were surprised by his ergometrics”, said the Greek personal trainer.

Together with Massa, it is a fact that Williams has gradually changed, while there is a sector where Fiotakis played a catalytic role. He spoke to the new non-executive director of the British team, Brad Hollinger, who when he heard Christos Fiotakis’ plan he didn’t think twice about it. “I tried to convince him that the engineers of the team should be in very good physical shape. Because they were an English team and they were working with another philosophy. But if you think an engineer works 12 hours a day, if he is not fit, will he meet the demands?”, he recalls. 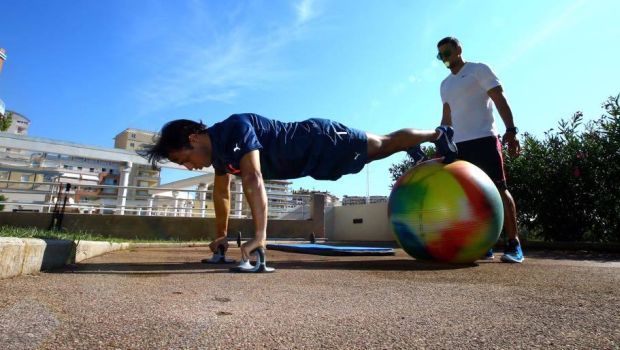 It was reasonable at first to hear a lot of complaints, since for some in the team the relaxing time at bed was replaced by running in the rain and the breakfast with eggs and bacon, with yoghurt & oat flakes. But the Williams F1 team of engineers was transformed for the better and the fastest, with pit stop times dropping from 3.5 to 4 seconds, steadily at 2 to 2.5 seconds.

The Williams F1 had lost points, even races, with slow tyre changes. After the Fiotakis program, he won the title of the fastest team of engineers, starting with the unreal 9 in 9, overall having the fastest pit stops in 13 of the 17 Grand Prix of the then league, with a record of 1.92 seconds to change four tyres in the Massa car at the Azerbaijan Grand Prix.

In the arena of the Louis II Stadium of Monaco, where he trained his drivers, Christos Fiotakis says that “The motif we work in is: 1 minute work, 30 seconds rest. For example, here at the stage we can do some exercises on balance boards, push ups, pulls, rope, jumping and in the rest to make a 400m run. Then we perform reflex exercises, use colored cards, put them in and play tennis in a small space, with a ball called agility ball that every time it pops up, it changes its direction. So in relaxing from muscle exercises, we work reflexes. In motorsport, training is not just about achieving the desired fitness. It has to do with the reactions. But also by learning to never give up”. 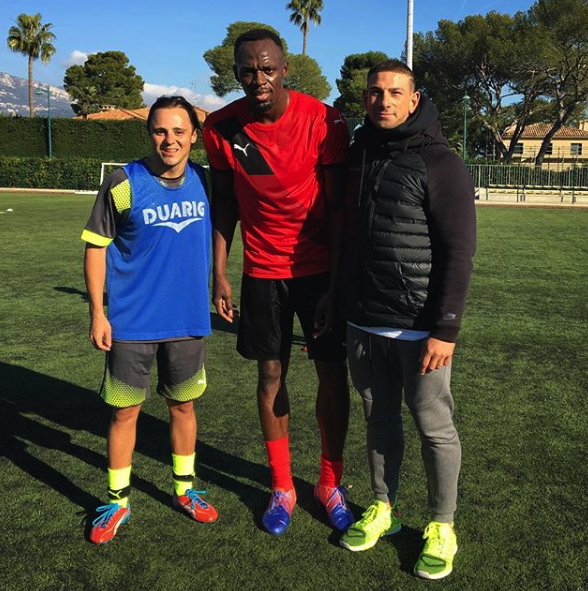 If we consider that there are 22 pilots in Formula 1 and Massa was in the Top 5 and that is the same with his drivers at the World Rally Championship, what Christos Fiotakis does is very important.

“I was lucky also because I have a base in Monaco and managed not to limit myself to one driver. It was something that Felipe had asked me but I refused because I had organized my business very well here and I had a good clientele. I told him that it really did not matter to me, that if I was five years younger and the same, how would I do it. I have learned in my life to weigh things. When I was younger, free, without a family, I was also with a suitcase in hand”, says the distinguished personal trainer and coach. Felipe Massa withdrew from active activity at the end of 2017. 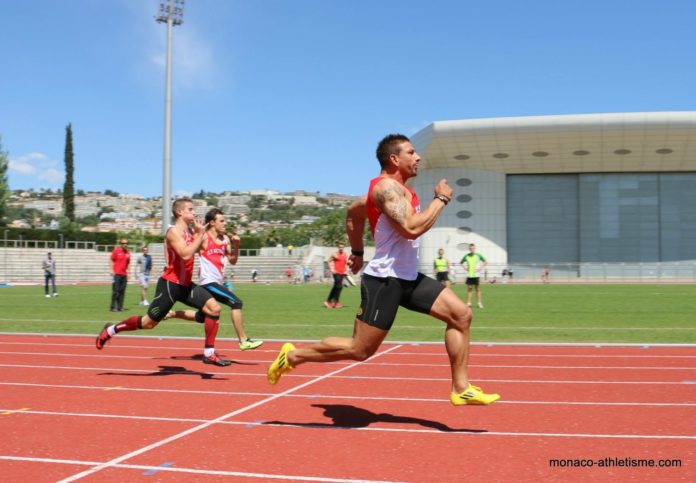 Christos Fiotakis lives permanently in Monaco with his family, continues to exercise and intensively, since he firmly believes that in order to be able to offer fitness and strength to others, he first has to be in excellent physical condition, and be their role model.

Undoubtedly, his contribution to the fitness, stamina and positive psychology of the athletes he is training has made a big difference. The results confirm this, of course. Finally, even today, if allowed by his program, he is running at track and field races for veterans aged from 35 to 40.