Olympic champion and hero of the Balkan Wars

Kostis Tsiklitiras was a football player, track and field athlete, and a gold medalist of Greek championships and the Olympic Games.

He was born on October 30th, 1888, in Pylos of Messinia.  His father was a doctor and Kostis was into sports since his early age, receiving several distinctions in school games.

He later studied Economics at the Athens School of Commercial Studies, fulfilling his father’s wish, yet athletics won him over and in 1906 he joined the Panellinios Gymnastic Club as a track and field athlete and as a football player.

In 1906, he won the third place in standing long jump at the Greek Championship, recording 2.83m.

In 1907, he won three golden medals at the Panionian Championship of Smyrna.

On July 20th, 1908, he won two silver medals in standing long jump and standing high jump at the Olympic Games of London.

After winning, he stated:

It cost me losing the first place, but it was the first time I have been competing abroad and the truth is that I was overwhelmed by the crowds in the London stadium and the tall American and Swedish athletes. I was defeated by a short margin. The Americans are ingenious, they have developed a great technique and give value to the game. However, I got encouraged and I will keep on practicing with enthusiasm and I’m sure that I will be an Olympic Winner in the future.

In 1908, he joined the Athens Football Club as goalkeeper and he later won the Football Cup, held by the Olympic Commission and the Greek Football Championship.

The First Balkan War broke two months later and Tsiklitiras decided to enroll in the Greek army to avoid being criticized as privileged. He died during the war on February 10th, 1913, at the age of 25.

He was buried in his family’s tomb at the 1st Cemetery of Patras, bearing the engraved five circles emblem of the Olympic Games, as three members of his family had joined the games.

– Tsiklitiras was 1.92 meters tall, performing an excellent jumping ability thanks to his strong feet and unique bent of his waist.

– He was a student of the Athens School of Commercial Studies, but athletics won him over. 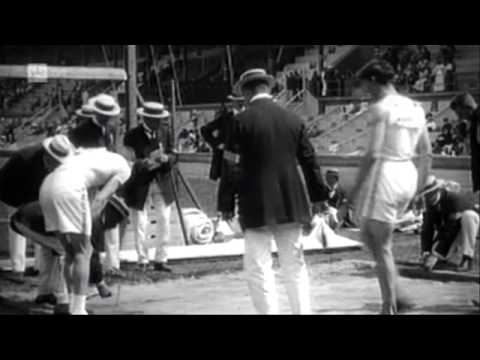 «Once I entered the Olympic stadium it felt strange. Before i went to Stockholm I thought I’d be the tallest of all my opponents, but three Americans were taller than me… like most of my teammates. The old and the new world sent their tallest athletes … Shortly before my 3rd attempt my eyes fell on the Greek flag, that was waving by a gentle breeze and it seemed to me that it urged me fondly»