A legend of the world’s archaeology

Archeologist Viktor Sarianidi, the “poet of archeology”, gained international recognition for his excavation work in Afghanistan, where he discovered the ancient necropolis and its treasure, Tilly Tepe, and Turkmenistan. A legend in world archeology, the Greek Pontian of Tashkent left an indelible imprint on the history of the excavations.

He was born in Tashkent on September 23, 1929, to Pontian parents who had been transferred from Yalta to Uzbekistan because of the “White Army” leaving the peninsula and the civil war in at-the-time Russia that endangered the lives of residents of the Greek region of the Black Sea. So the family moved to the Uzbek capital where there was a small Greek community from the Tsarist period. 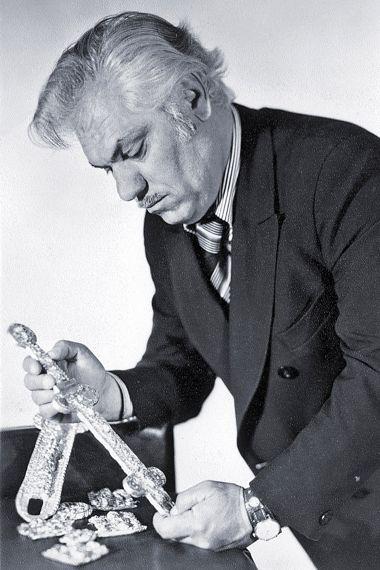 After school, Viktor studied at the Central Asian State University in Tashkent, where he graduated in 1952, and, in 1961, he received a Master of Near and Middle Eastern Archeology from the Institute of Archeology of the Russian Academy of Sciences in Moscow. 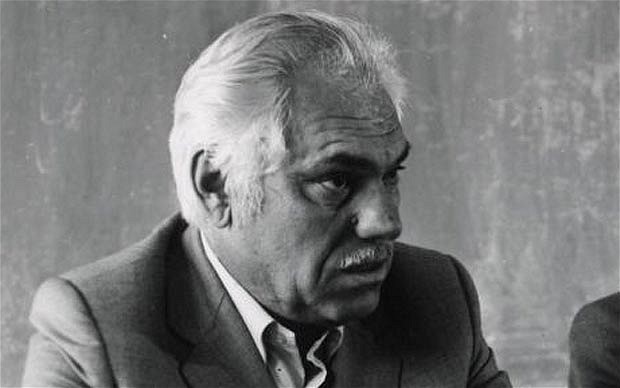 In 1963, he became a Ph.D. specializing in Neolithic monuments and, a few years later, as a specialist in the exploration of Central Asia, he studied the Karakum Desert in-depth, believing that the sand hid secrets and traces of great civilizations.

In 1975, with his work “Afghanistan in the Bronze Age and the Iron Age,” he was awarded a doctorate in historical science by the Russian Academy of Sciences.

He became known worldwide for his excavations at the Tillya Tepe archaeological site in Afghanistan in 1978, on the eve of the Soviet invasion and the ensuing civil war. There, he discovered the necropolis in a tomb, containing six graves (five women and one man), with extremely rich jewels (about 20,000 gold objects), dating to the 1st century BC. 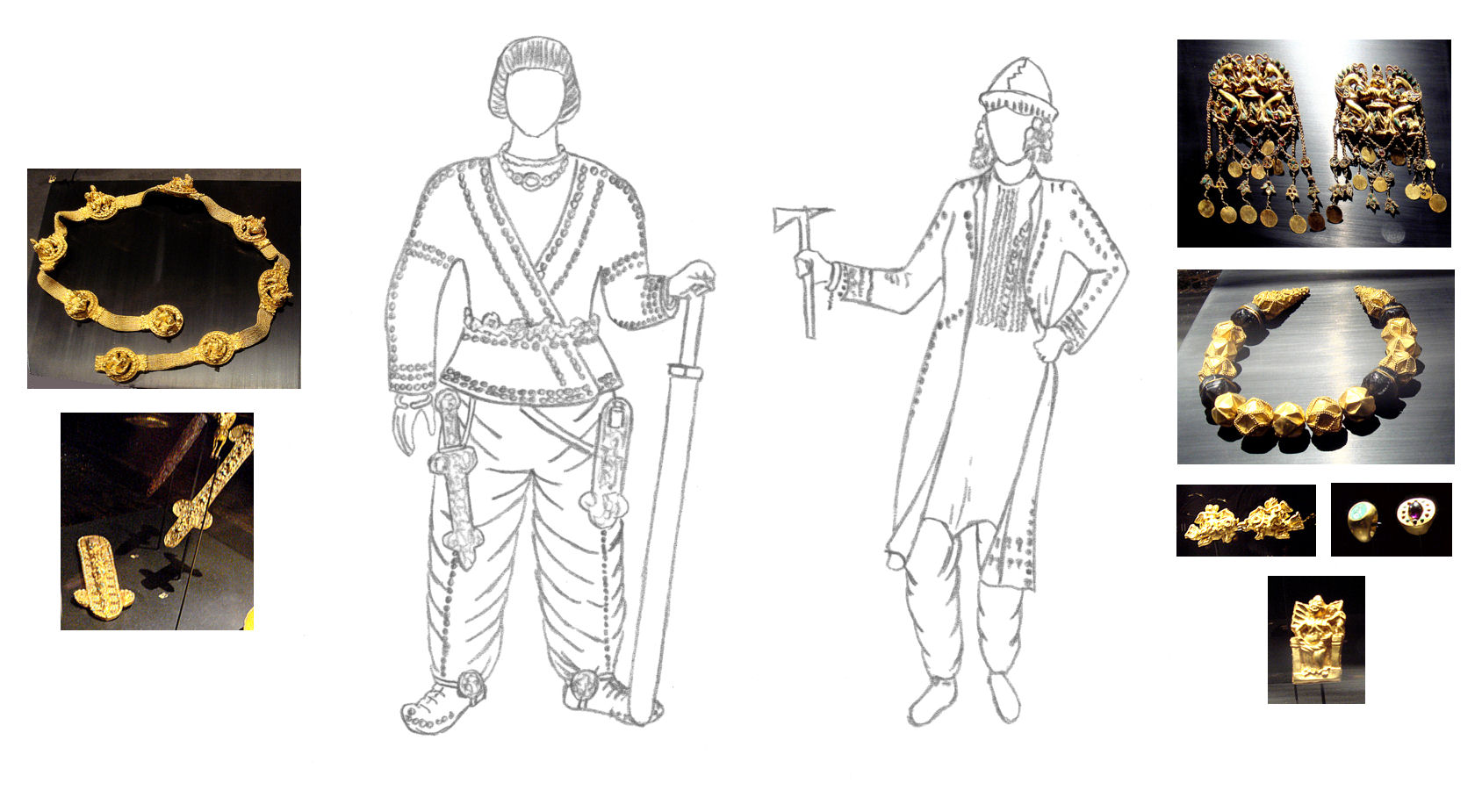 It was considered “the discovery of the century” and these findings were exhibited at the Kabul Archaeological Museum until the civil war breakout and the Taliban seized power. Since then, they had been permanently lost, only to be recovered in 2003. Sarianidi also excavated other Bactrian archaeological sites.

Another very important activity was the excavation of a series of circular fortified sites, from the Bronze Age, in the Dashli oasis of northern Afghanistan, on the border with Turkmenistan. There, he found elements of sophisticated culture, such as irrigated orchards and cereal crops next to well-established cities. 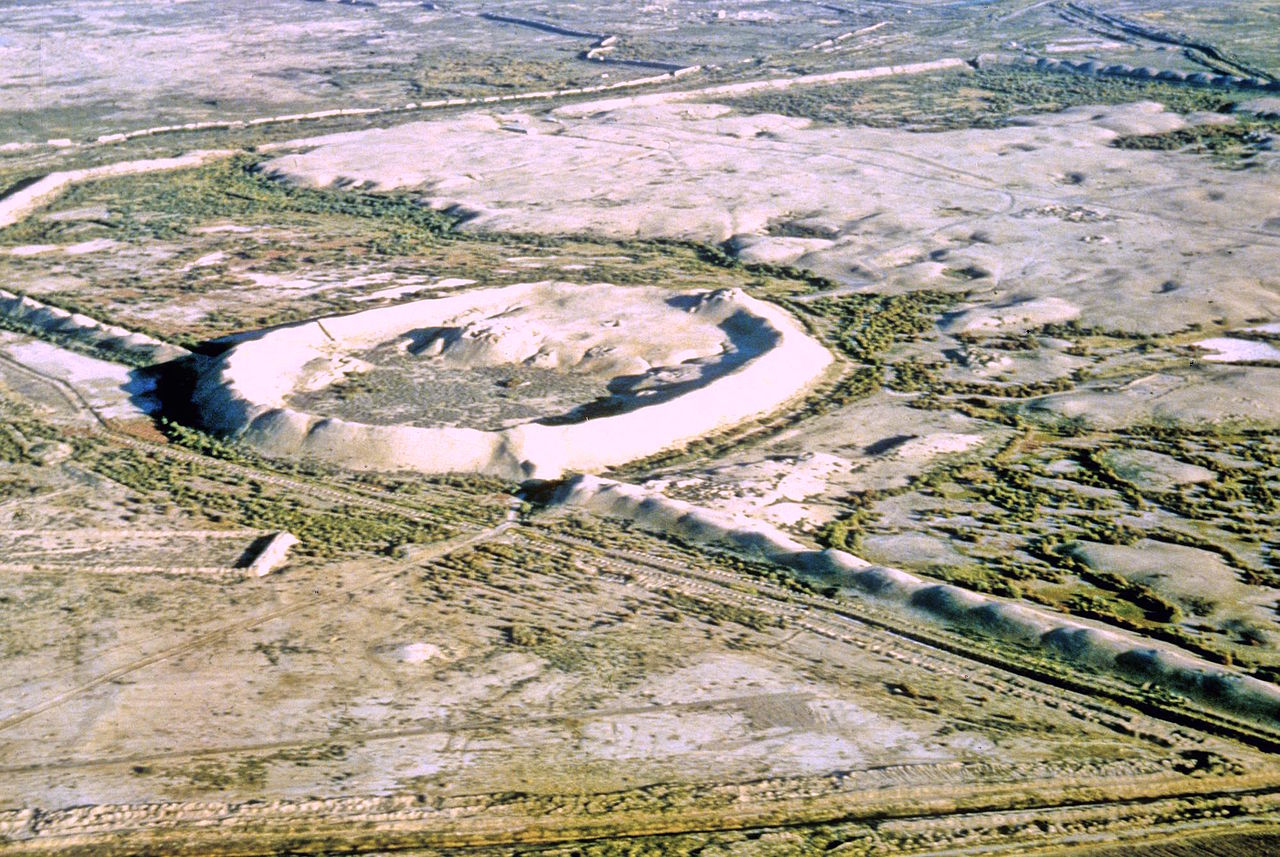 With these findings, Sarianidi played a major role in expanding our knowledge of the Culture of Ixos. This culture developed in the area of ​​ancient Mariani, in the valley of the river Ixos and where the Karakum Desert is today.

He has said in an interview that, although the Karakum Desert was believed to be uninhabited, he discovered what he calls the fifth civilization in the world (after the ancient cultures of China, India, Egypt and Mesopotamia), bringing to light seven temples and an impressive palace. According to the great archaeologist, the culture of Central Asia was a small Mesopotamia.

With his excavations at Gonur Tepe, a site of the Bronze Age, also in Turkmenistan, he brought to light palaces and altars with indications of worship (apparently related to Zoroastrianism) during the use of which a narcotic substance was used. 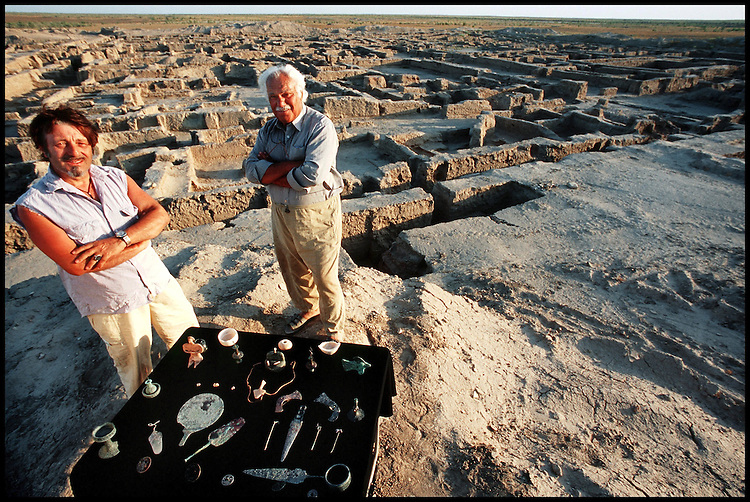 He has been described as a “poet of archeology” and has emerged as a hero for Pontian Hellenism, as his work coincided with the course of Alexander the Great in the depths of the East.

Through his many years of excavating activity in the Central Asian region, he has contributed decisively to the emergence of Greek culture in the wider Black Sea region, as well as to the discovery of the Greek roots of Central Asian culture (between present-day Afghanistan and Turkmenistan). By his findings, Viktor Sarianidi proved that Hellenism spread to the East and Central Asia 1,500 years before Alexander the Great’s campaign.

His missions to Central Asia continued in the 2000s and, due to his work and contribution to Turkmenistan’s reputation, the Greek scientist was repeatedly awarded and honored with Turkmen Presidentship by President Saparmurat Niyazov. The President’s Golden Chain award went to Sarianidi’s assistant, Nadezda Doubova. 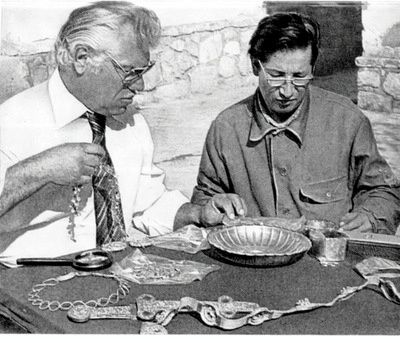 He was awarded the Golden Cross of the Order of Honor of the Hellenic Republic (January 2002), the Highest Award “Makhtumkuli” of the Republic of Turkmenistan, which has so far been awarded to only 4 individuals (2001). He was also awarded by the University of Ioannina (2000), while in 1998 he was appointed Ambassador of Hellenism.

His writing work has been particularly rich, with 20 books in Russian, which have been translated into English, German, Japanese and Greek, and more than 200 articles have been published in prestigious international scientific journals. 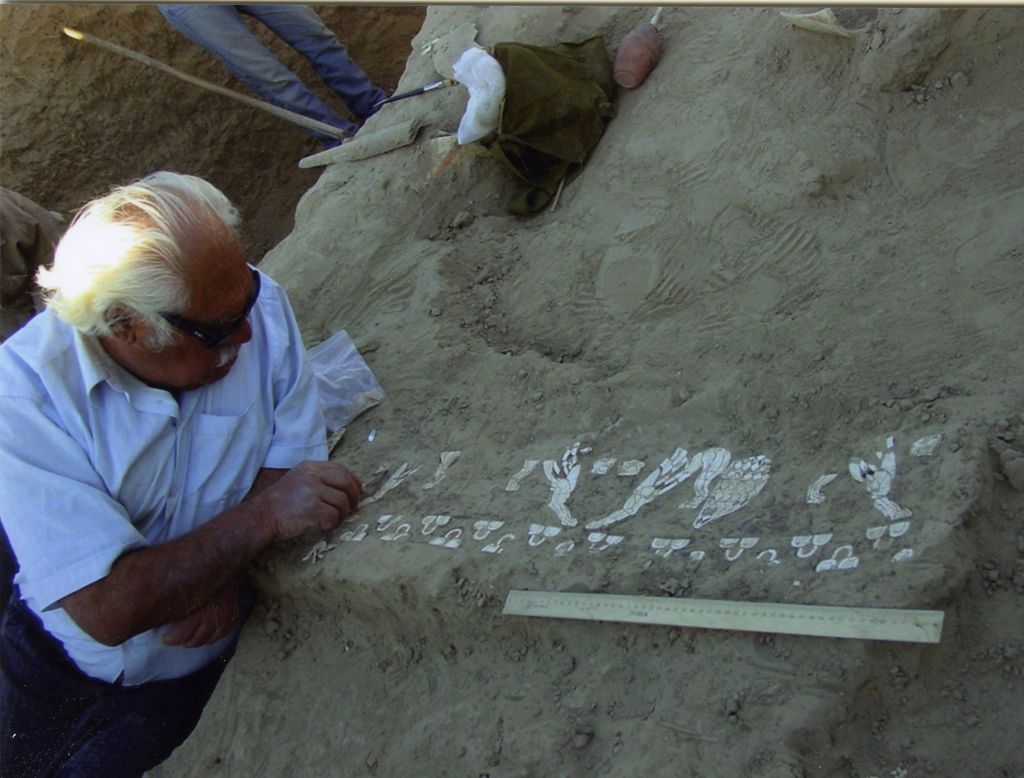 Sarianidi was a member of the Anthropological Society of Greece, the American Academy and that of Italy. His work has been screened on documentaries on many networks (including the BBC).

He received Greek citizenship in 1997. Coming to Greece in the mid-1990s, he received many promises from the Greek state for financial assistance to continue his work but was frustrated by the behavior and indifference of those responsible. 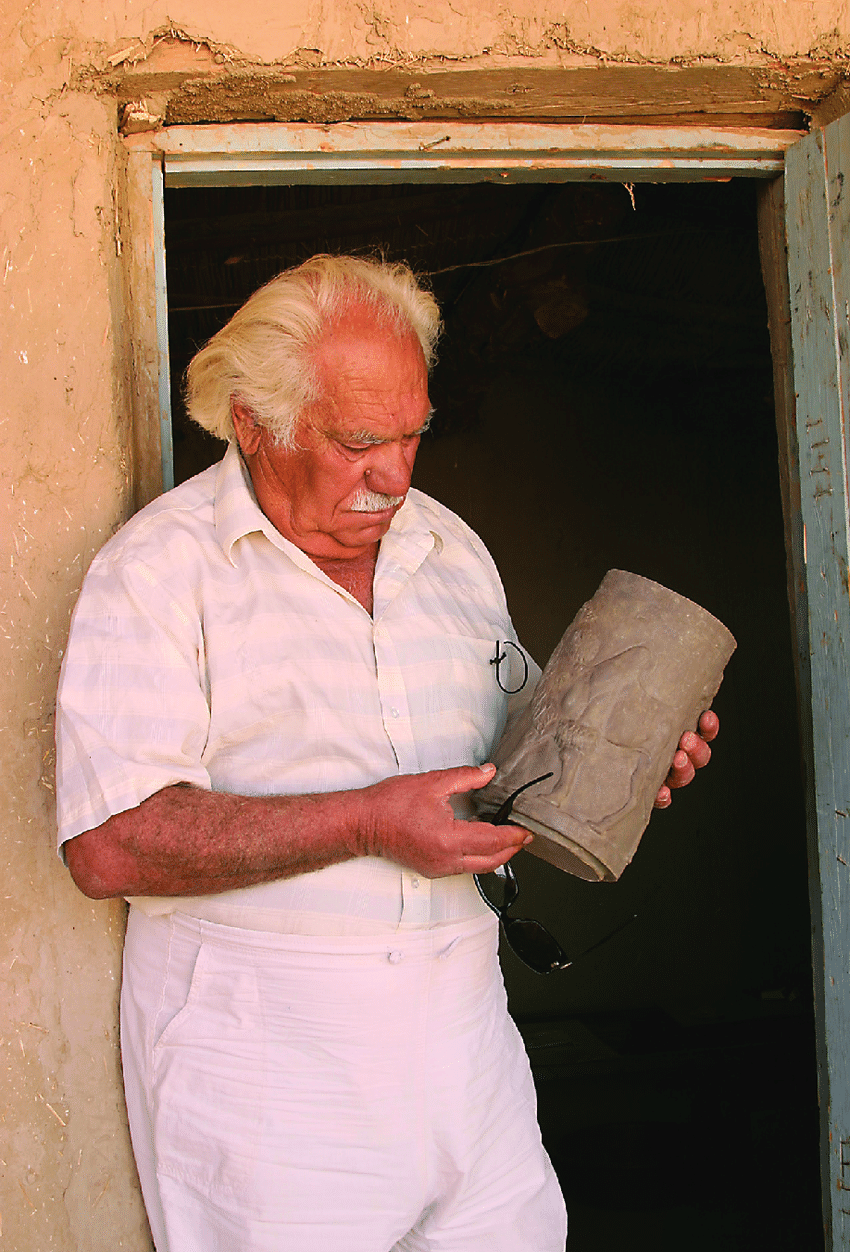 Having already had health problems with his feet, he applied to the Greek Ministry of Culture for a pension that was then given to repatriated Greek scientists, but his application was rejected and only after several years, in 2005, after years of efforts, received a meager pension, from the Greek state, which amounted to 192 euros a month, in the form of a GSA pension.

Honorary Member of the Greek Anthropological Society
Honorary member of the American Society of Sciences
Full member of the Federation of Russia of Journalists
Golden Cross of the Order of Merit of the Greek Republic (January 2002)
Highest Distinction “Makhtumkuli” of the Republic of Turkmenistan (2001)
Ambassador of Hellenism (1998)
Honored by the University of Ioannina (2000).
He also received dozens of other honors from Greek and expatriate associations and organizations. 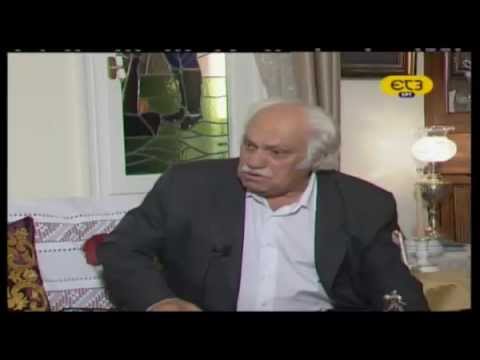