The restless worker of the magnetic fields

Panagiotis Vassilakis, under the pseudonym Takis, was the pioneer Greek sculptor, one of the main representatives of contemporary art and kinetic art. Both because of the materials and techniques he used and the ideas he transmitted, his works exist indoors and outdoors which are on display at the permanent collections of the world’s most important museums.

Takis was a self-taught artist who managed to create a seamless link between art and science by combining elements of nature and physics in his sculptures. In other words, he approached through his work what is now called “interdisciplinarity” in art, breaking the conventional boundaries between different fields of study, such as art, science, engineering, poetry, history and music. He was an artist who was inspired by the technology and materials around him. 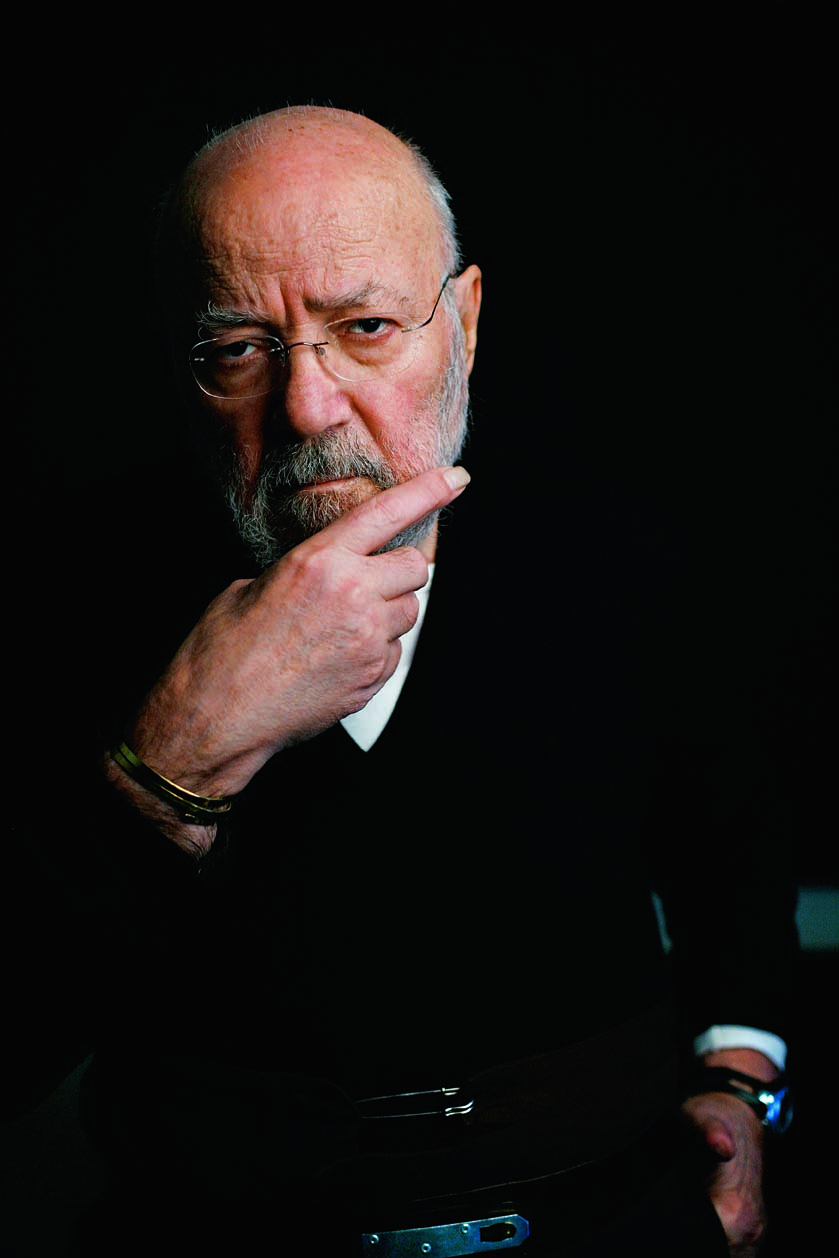 Born on October 25, 1925, in Athens, the sixth child of a family of seven children. Although his parents had been well-off before the destruction of Smyrna, after that, his father, a landlord, was financially destroyed, so the family was severely affected by poverty.

At a young age, when still in Athens the street lamps were almost unheard of, he first visited the illuminated London, which fascinated him. Specifically, in 1947, while sitting at a station in the English capital, waiting for the train, he observed the flashing lights, the antennae, the signals at the station. This was also the beginning of his worship of light, the seed of his purely personal creative way.

His childhood and adolescence coincided with the Metaxas dictatorship and the Italian and German occupation, during which he was a leading member of the United Panhellenic Organization of Youth, for which he was sentenced to six months in prison.

He began his artistic career at the age of about 20 in an underground workshop, despite the fact that his family did not accept his inclination towards the fine arts. In 1952, he opened his first studio with his childhood friends and artists, Minos Argyrakis and Raymondos, in the Anacasa area, while his first works included bronze and plaster statues inspired by the Cycladic statues, Picasso and Giacometti. 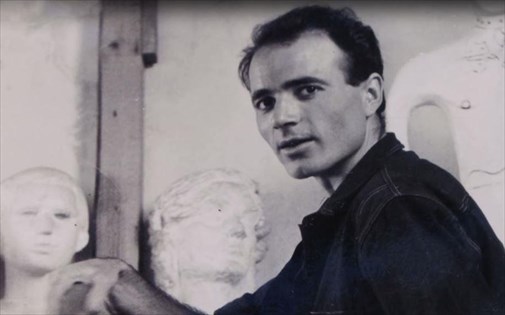 Takis then moved on to the technological age, though through his works he continued to seek the timelessness of things. In 1954, arriving in Paris, he joined Brancusi’s studio for a few months, and in 1959 he discovered and began to study magnetism, rushing into the path that led him to revolutionize art.

Indeed, for Dr. Mike Wellen, the curator of the Tate (an institution that houses, in a network of four art museums, the United Kingdom’s national collection of British art, and international modern and contemporary art), Takis was the undisputed successor of the pioneering artist Marcel Duchamp, who was also a fan of the first works of the Greek artist. 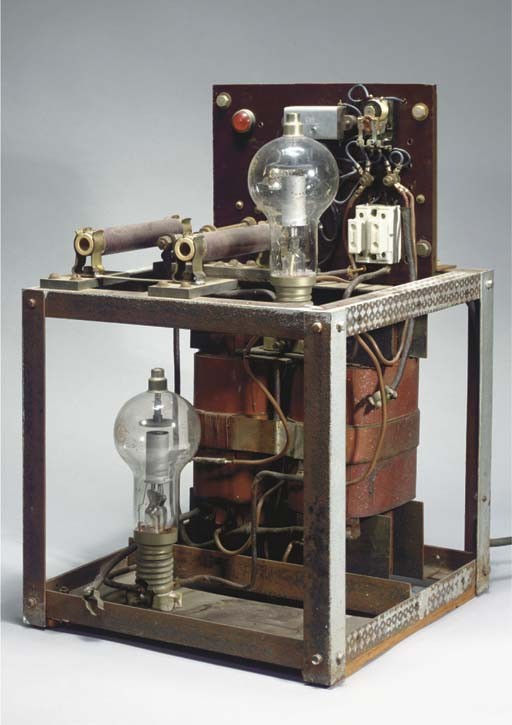 For the next three years, he traveled and lived between Paris and London, where he was inspired and created his first kinetic works. Impressed by the radars, antennae, and technology that adorned the train station in Calais, France, he created his first Signals, which were initially rigid and had light signals on top.

However, his works gradually changed shape, gained flexibility and adorned with the so-called “Objets trouvés”, rocking with the breath of the wind, and when they hit each other they produced unique sounds giving a unique sense of the vibrancy of the strings and the harmony of the harp. Moreover, many of them had set fireworks through which he made various street art happenings on the squares of Paris. 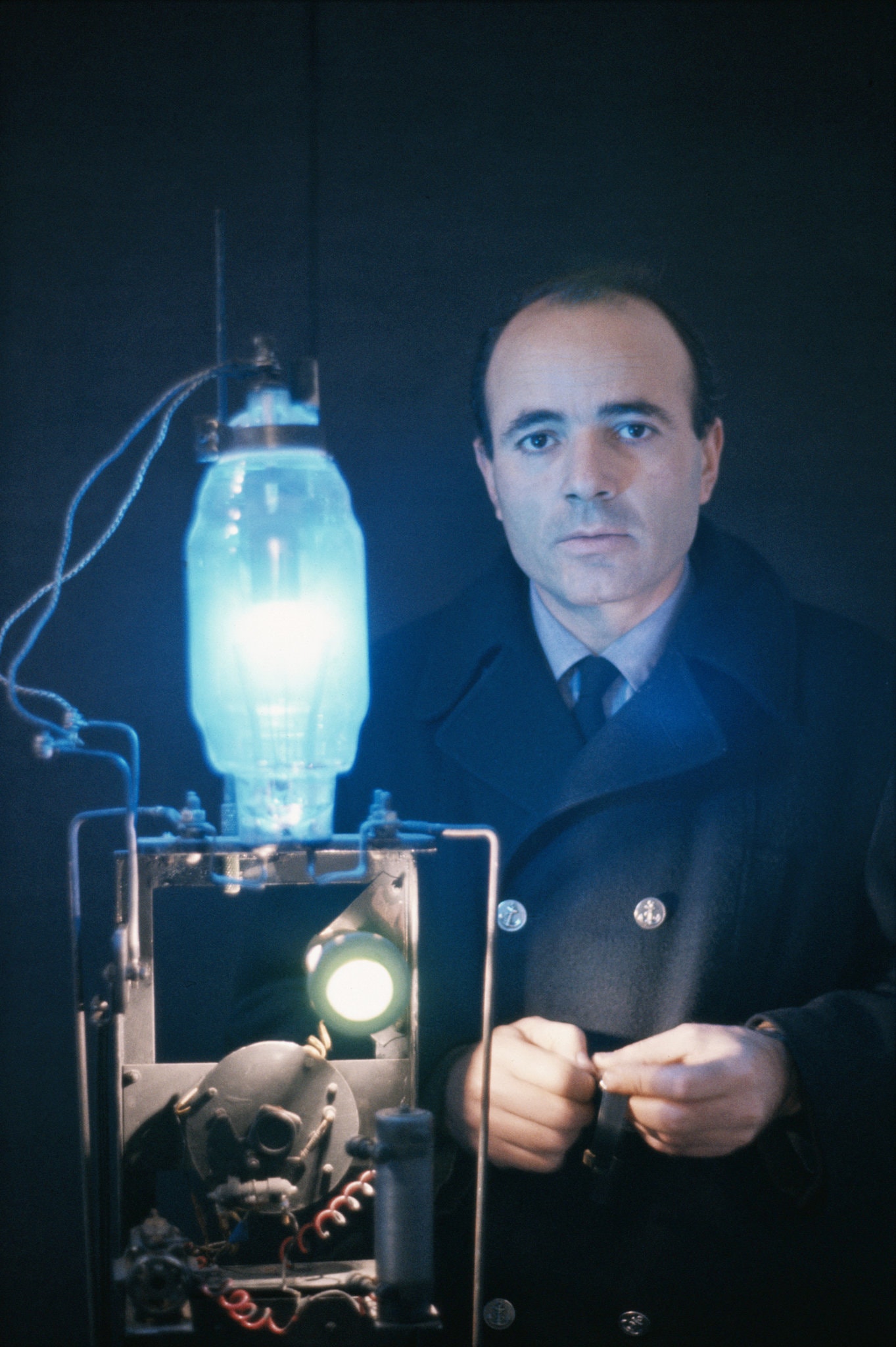 From 1955 until the end of 1965, Takis, as an artistic intellect since then, experimented with all the elements of the environment and nature that surround people, but they fail to identify with the naked eye. These elements have been a catalyst for the foundation of his artistic career and exploration as he distinguished, stood out and innovated.

He explored the magnetic forces and energy of the magnetic fields, which are one of the foundations of his work, experimented with electricity, sound and light and created a whole new territory in the field of contemporary art, centralizing these elements as tools of his creation. He succeeded in capturing these forces and created unique, instantly recognizable works that influenced many prominent artists, including the leading Olafur Eliasson. 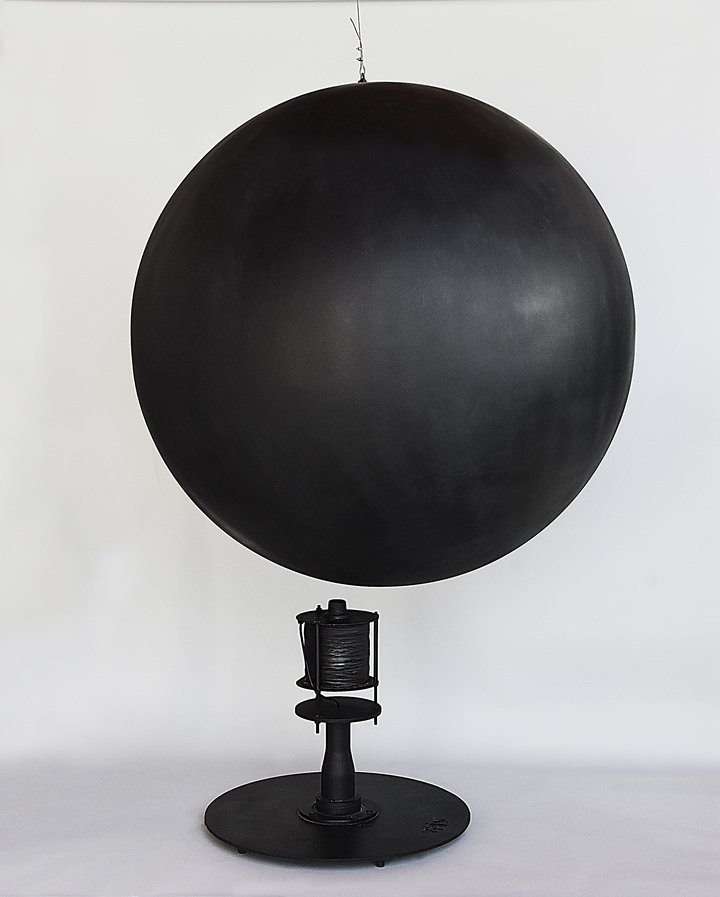 His sculptures defied every known law and technique that wants material, gravity, size to dominate. They are in space, have constant movement, produce sounds, convert magnetism into a body of art. Indeed, some say that his creations have another dimension that transcends vision and the way one navigates the space.

During the period he traveled quite frequently to all major artistic and metropolitan centers of the world – an exemplary example of his first trip to the US in 1961, where he met his later friend Marcel Duchamp – he created Telegraphs, Televisions, Telephones, Canadras, influenced by his transcendent and cosmic mental quests. 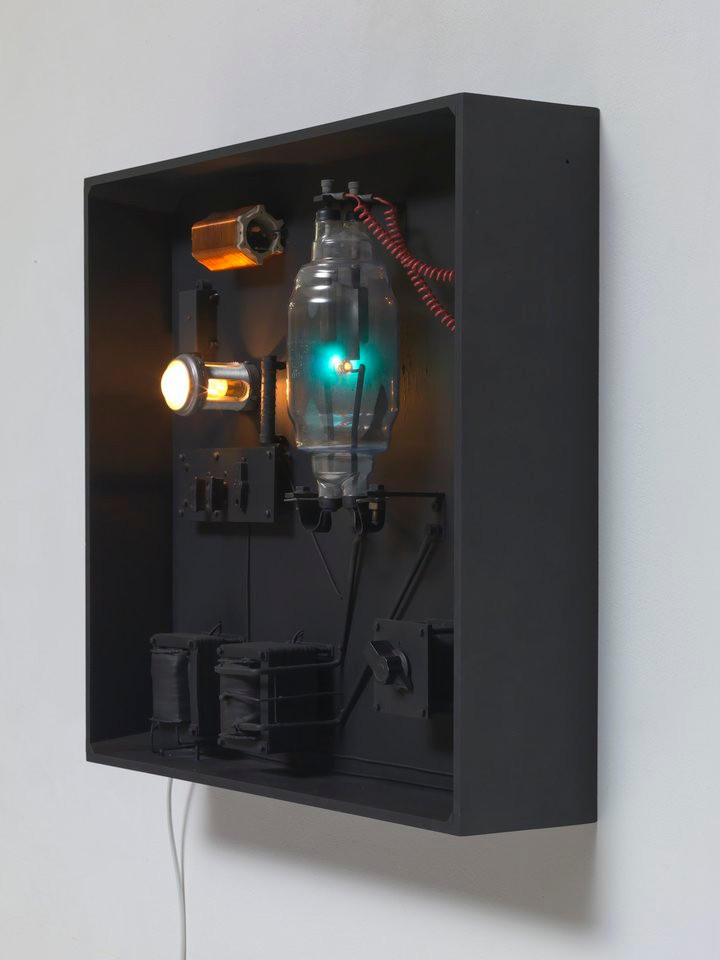 In 1960, a landmark year for him, Takis performed L’Impossible – Homme Dans l’Espace in collaboration with his friend and poet Sinclair Beiles. The performance took place at the Iris Clert Gallery in Paris, during which Sinclair Beiles read his famous Magnetic Manifesto.

Four years later, he bought an area of ​​about 10 acres on the 175-meter-high hill, Gerovouno, jumbled by its powerful magnetic fields, where he began construction work on a charity to promote art and science. 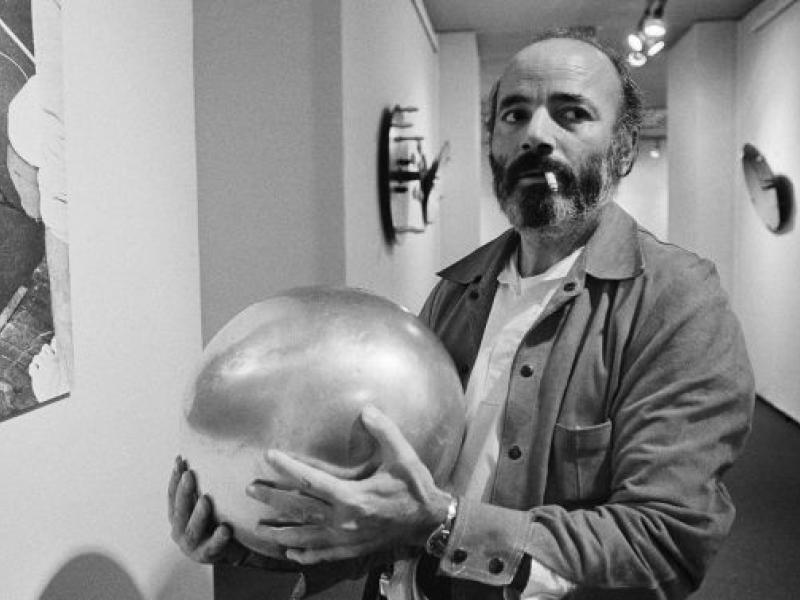 In 1968, he moved to Massachusetts, where he was invited for a fellowship as a researcher at MIT University, and more specifically the Center for Advanced Visual Studies. There, he created a series of Electromagnetic Sculptures, studied hydrodynamic energy, formulated his invention entitled “Hydrodynamics of Marine Oscillation”, while at the same time was inspired for a series of Hydromagnetic sculptures.

Radical and subversive, he co-founded, at that time, the Art Workers Coalition to defend artists’ rights against exploitation by galleries, art curators and museums. A highlight was his sudden entry at the Museum of Modern Art in order to withdraw one of his works before the museum’s security could react – a symbolic move that made headlines in the New York Times.

The Takis Foundation has since been the cradle of the artist’s artistic and research work. The main venues of the Foundation, the Museum, the “Theater”, the Gardens and the artist’s Atelier, are adorned with characteristic works from all periods of his artistic career but also from the works of his friends, Greek and foreign artists. 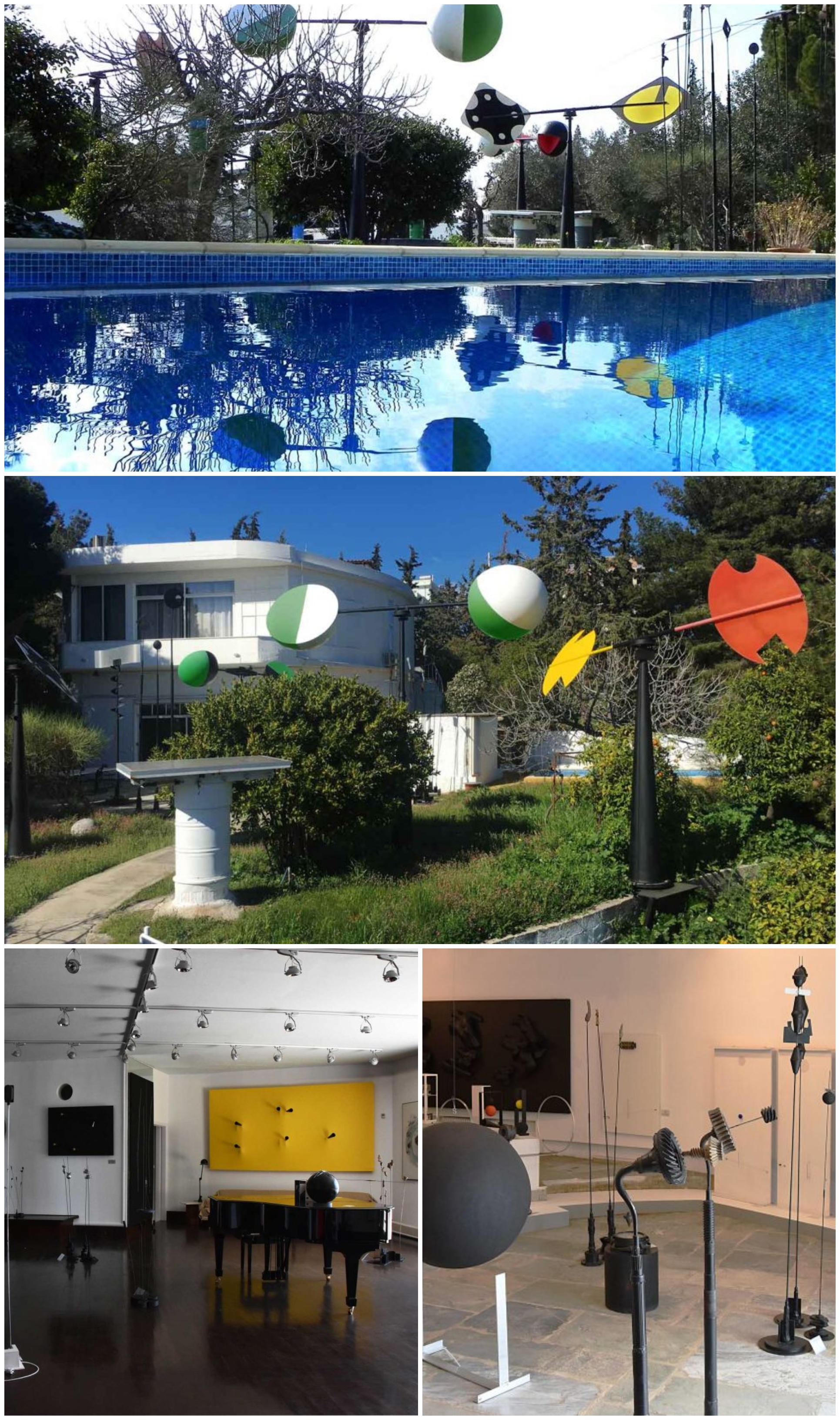 The purpose of the Foundation has been and continues to be the promotion of knowledge and appreciation of the visual arts to the general public, as well as the provision of services, spaces and programs to support education and contemporary art. In 2001, the European Parliament assigned to the KETE an honorary plaque for the artist’s contribution to the field of renewable energy for his work entitled “Electric Barrels”.

Despite being recognized for his kinetic sculptures, Takis was also a pioneer in stage design, musical theater performances and performances in general. Typical examples include collaborations with Costas Gavras for the film Section Spéciale (1975), with Michalis Kakogiannis for the performance of Sophocles’ Electra at the Ancient Theater of Epidaurus (1983), and the Trojans, with Nam June Paik (1979), with Joelle Léandre and dancer Martha Ziogas for the performance titled Ligne Parallèle Erotique (1986), as well as Barbara Mavrothalassitis for the performance “Isis Awakening”, 1990). 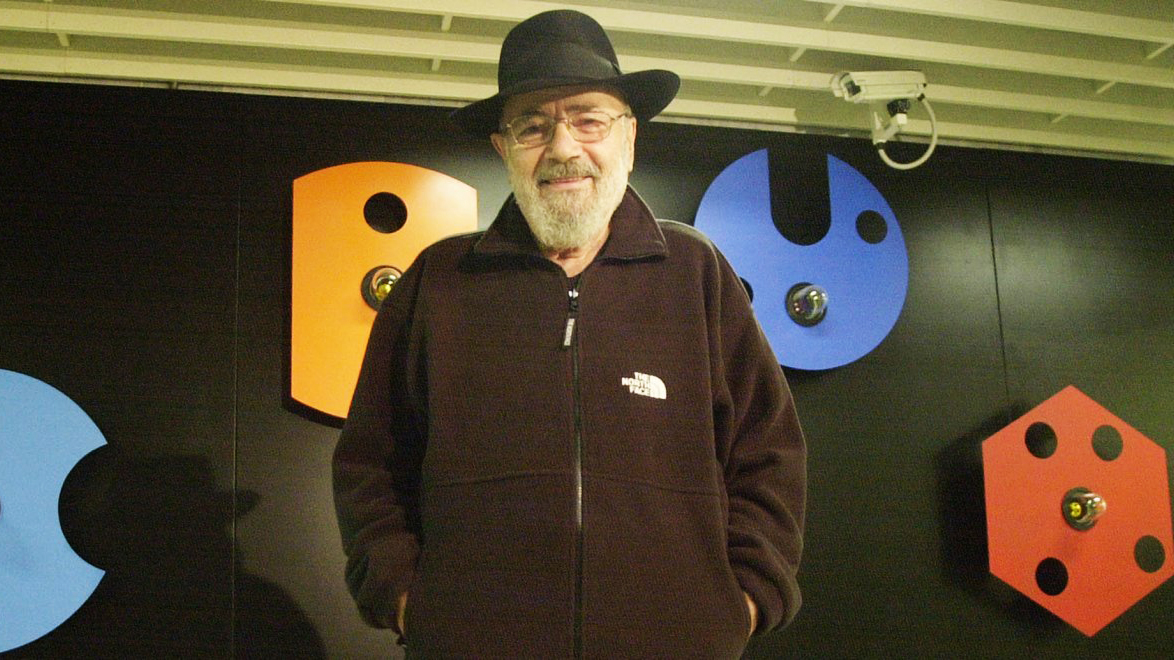 Still, New Scientist magazine, in an article entitled “The Sounds of Tomorrow”, ranked him along with Iannis Xenakis and John Cage among the most promising musicians of the 20th century.

Taki’s autobiography has been published twice, first in Paris in 1961 by the publishing house Julliard entitled “Estafilades”, while in Greek it was published in 2005 by Ferreniki titled “Takis”.

In July 2019, the highlight of London’s cultural agenda was Takis’ retrospective exhibition, “Takis: Sculptor of Magnetism, Light and Sound”, held at Tate Modern in collaboration with the Museum of Cycladic Art. 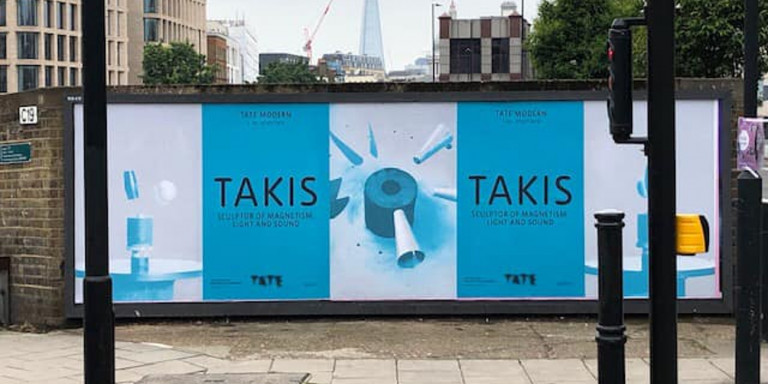 The Financial Times described the 94-year-old artist as a “gravitational artist,” and whose work John Lennon collected. The exhibition had already been presented to journalists around the world who were drawn to the beauty and mystery of his art, so It was more than just a British affair.

The exhibition featured works of magnetic, sound and light, as well as the “Magnetic Fields” he created in 1969 and had not been presented to the public since the 1970s: a magnetic pendulum operated by a museum employee and triggered by the movement of 100 metal sculptures that resemble rods. The room was filled with a series of works known as “Musicals” with incompatible strings of needle-striking sounds, while visitors from all over the world walked through the forest of “Signals”, feeling surrounded by the sounds of musical sculptors and his Gong. 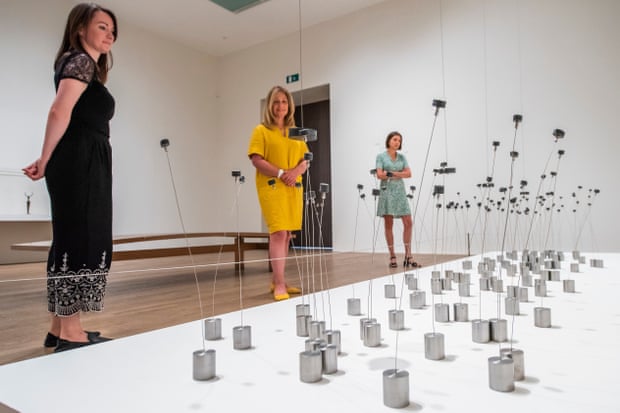 Overall, throughout his career, he continued to explore the boundaries and intersections of artistic and scientific perception, as well as music, sounds, and especially moving images. 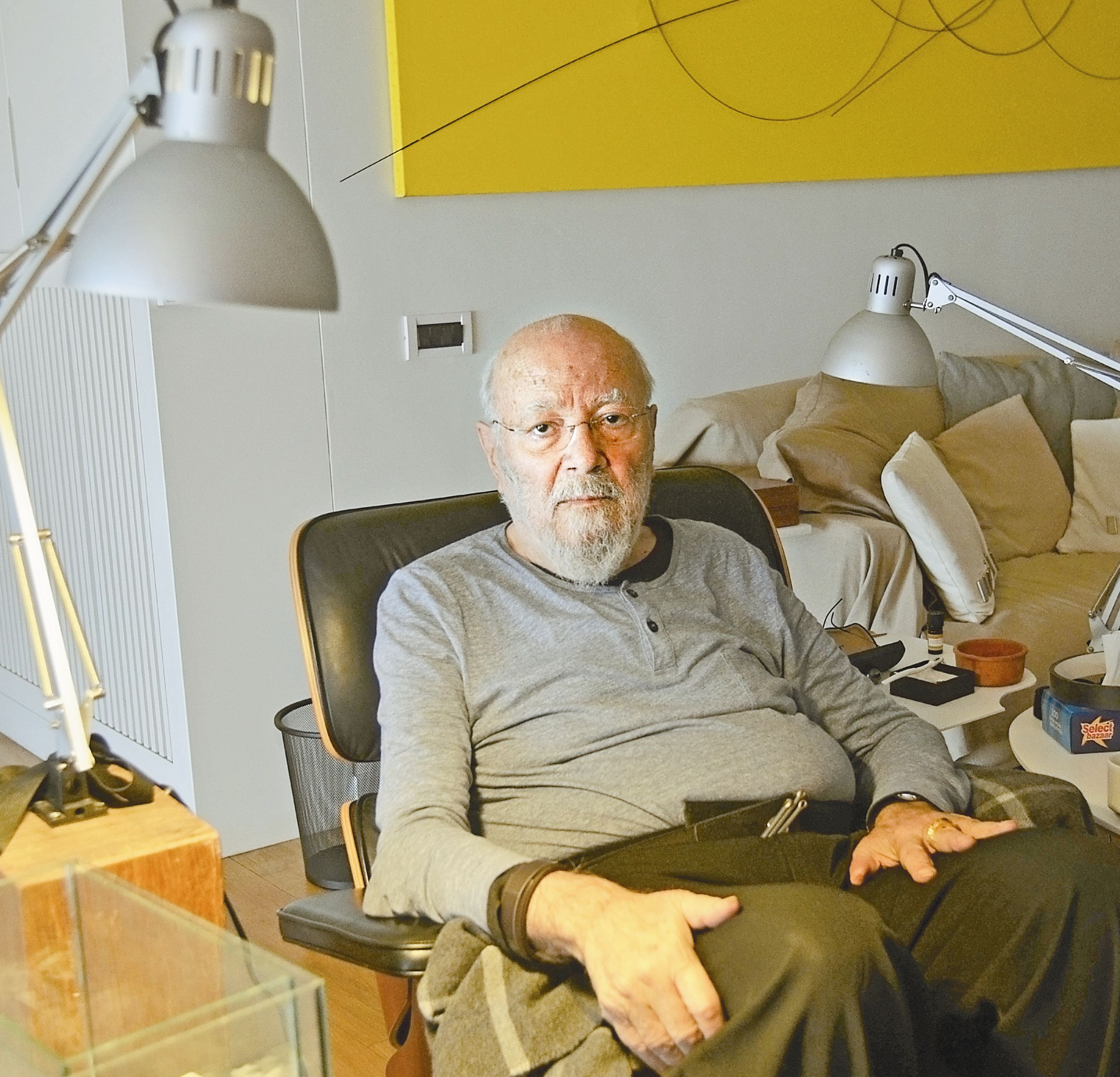 His works adorn the permanent collections of the world’s most important museums such as the George Pompidou Center for Contemporary Art in Paris, the MOMA and the New York Guggenheim Museum, the De Menil Collection in Houston, the Tate Modern in London, the Peggy Guggenheim Collection in Venice. In France, the Jeu de Paume Museum, the Palais de Tokyo and the Fondation Maeght have organized large retrospective exhibitions dedicated to the artist.

His work is also on display at UNESCO Gardens in Paris and in the La Défense area, where the French government grants it the largest public space ever given to an artist in Paris history, 3500sqm for a “forest” of 49 Fine Lights. 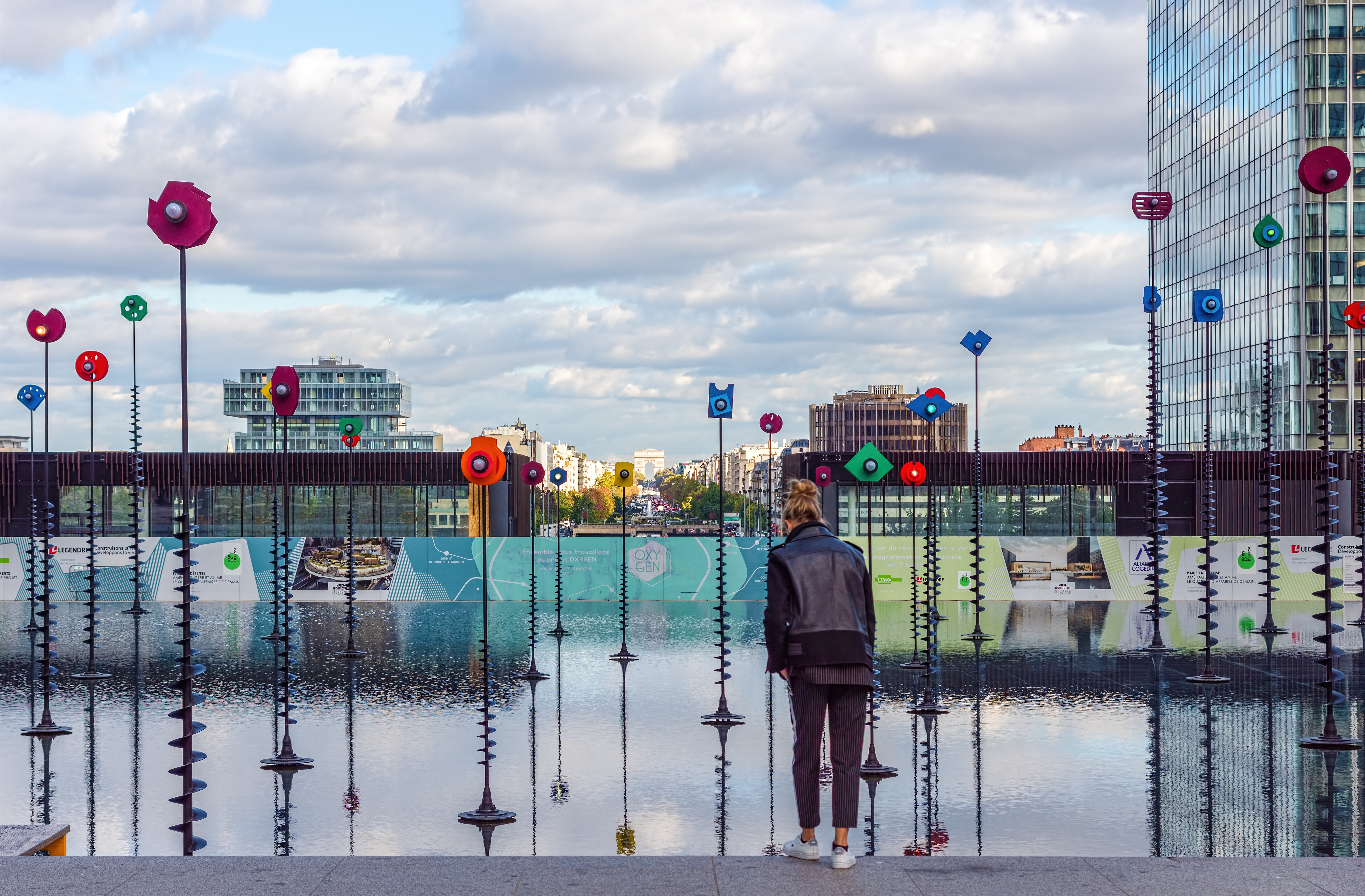 He had also participated twice at Documenta in Kassel, once at the Venice Biennale and in 1985 at the Paris Biennale, where he was awarded the first prize.

The determinant of contemporary art sculptor Takis, through research, study and experimentation, managed to become one of the innovators of sculpture, basing his artistic expression and creativity on the functional use of natural laws. Light and movement in every form – mechanical, electromechanical, thermal, magnetic, hydrodynamic – combined with his personal technique and intelligence have shaped contemporary art. 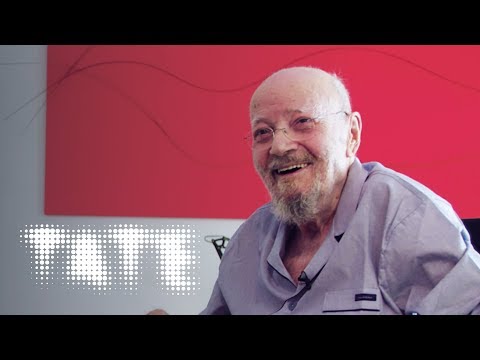