The musician of friendship, solidarity and revolution

Manos Loizos was one of the most influential modern Greek composers. He was born on October 22nd, 1937, in Alexandria. Ola se thymizoun (Everything Reminds Me of You), Jamaica, S” Akoloutho (I follow you), To Akordeon, O Dromos (The Street), Che are only few of the many songs that are sang until today.

His father, Andreas Loizou, had origins in a Cypriot village near Larnaka and his mother was Rhodian. At the age of 7, Loizos took his first lessons in violin at the National Conservatory of Alexandria. After graduating from the Averofio School in Alexandria in 1955, he relocated to Athens to pursue his studies.

He was enrolled in the Pharmacology School of the University of Athens. However, he quit in 1956 and started following courses at the School of Economics and Business. During a short time, he also joined the Vakalo Art & Design College to study painting. In 1960, he dropped his studies and worked in several jobs. He was an active member of the Greek Communist Party. In spring of 1962, Mikis Theodorakis employed Loizos as the choir conductor of the Society of Friends of Greek Music for the staging of Beautiful City. Motivated by Mimis Plessas, Loizos released his debut studio album The Song of the Street, with lyrics by Federico Garcia Lorca and sung by Giorgos Moutsios.

Following the Greek military junta, he fled to England in September 1967, only to return to Greece at the beginning of the following year. In 1972, Loizos was one of the founding members of the Association of Songwriters and Lyricists of Greece, an organization against piracy and censorship. On November 17th he was arrested at his home in Holargos and was further held for 10 days.

End 1974, he released his album The Songs of the Street, featuring all forbidden or unrecorded songs of the previous years due to censorship. In 1978, he was appointed Chairman of the Association of Songwriters and Lyricists of Greece. He co-operated with Lefteris Papadopoulos, Stelios Kazantzidis, Maria Farantouri, Haris Alexiou, George Dalaras and many more.

On June 8th, 1982, he suffered a stroke and was hospitalized for a month. In August of the same year, he traveled to Moscow for treatment, where he suffered a second stroke on September 7th. Ten days later, Manos Loizos died on September 17th, 1982. 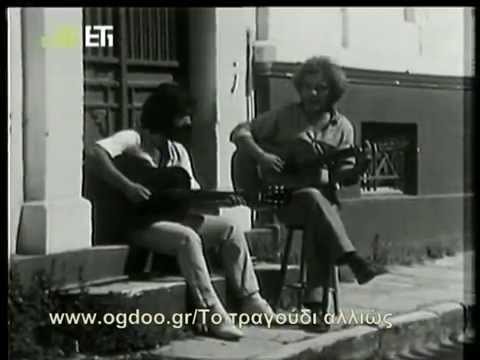