For the best short film at the 72nd Cannes Festival, the Greek director Vasilis Kekatos, who is the creator of three more films, was awarded the Palme d’Or for his fourth creation, “The Distance Between Heaven and Us”, which also won the Queer Palm Best Short Film Award.

Among 4,240 entries from around the world and 11 films that competed for the coveted prize, the Greek production stood out and was distinguished first in the two categories.

Vassilis Kekatos and his colleagues describe the script as the meeting of two unacquainted young men (Nikolakis Zeiginoglou, John Kotidis), who meet one night at a forgotten gas station on the old highway. One has stopped to fill his motorbike’s tank, while the other has been left stranded there and, to return to Athens, he needs EUR 22.50. “Just as much as the distance that separates them from the sky”. 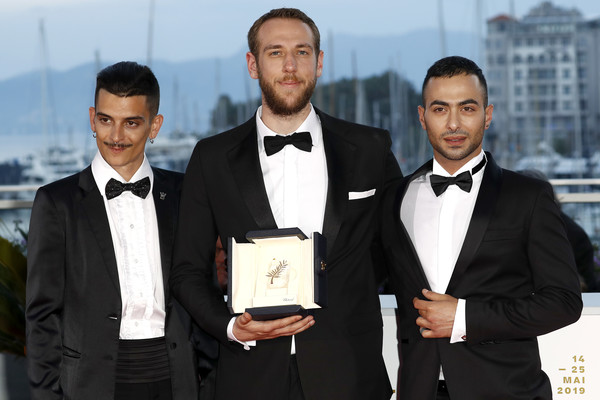 The instrument of the film, according to the talented director, was an invitation by the Greek Directors’ Company to create queer-themed films in order to be presented at the Thessaloniki Film Festival. Along the way, he realized that it took more time for him to finish his and so instead of Thessaloniki, the film ended up in Cannes.

Vasilis Kekatos, winner of the Short Film Palme d’or for THE DISTANCE BETWEEN US AND THE SKY & Agustina San Martín, winner of the Special Mention of the Jury for short film for MONSTRUO DIOS.#Cannes2019 #Awards pic.twitter.com/1yJqbspQAF

The original idea of The Distance Between Us and The Sky” occurred during a road trip the director did in America, for his previous film. The vastness of the highways he saw there, as he commented, with the gas stations in the middle of nowhere, inspired him. It radiated an almost metaphysical aura, which he tried to imprint into the film, with the love story that is born between two people as the means.

Vasilis Kekatos received the prize clearly excited, saying “Are you kidding me?” and closed his speech with a “thank you very much” in Greek. 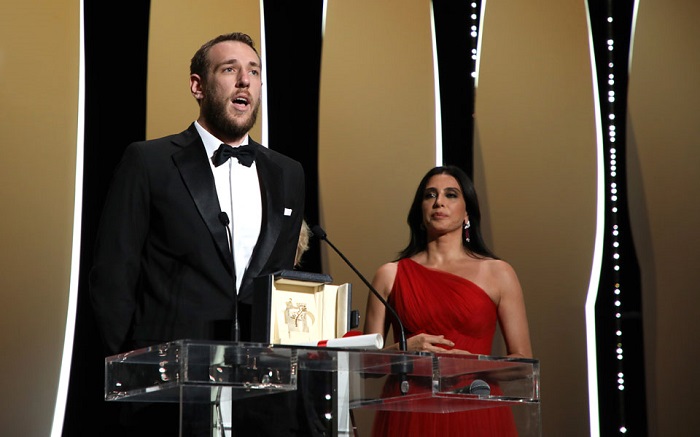 The 27-year-old Greek director, from Cephalonia, studied filmmaking at the School of Fine Arts at Brunel University in London, where he graduated with honors. He started attracting the attention of the art venue with the “Retrograde” and the Drama Festival, while his journey continued with the “Zero Star Hotel”, which was distinguished in the 15 best of the world in the Sundance Ignite contest.

He was internationally recognized with his film “The silence of the dying fish”, which was twice awarded at the Drama Festival (Best Southeast European Film, Special Committee Award) and Premiere Nights (Male Performance for Andreas Konstantinou, Best Film). 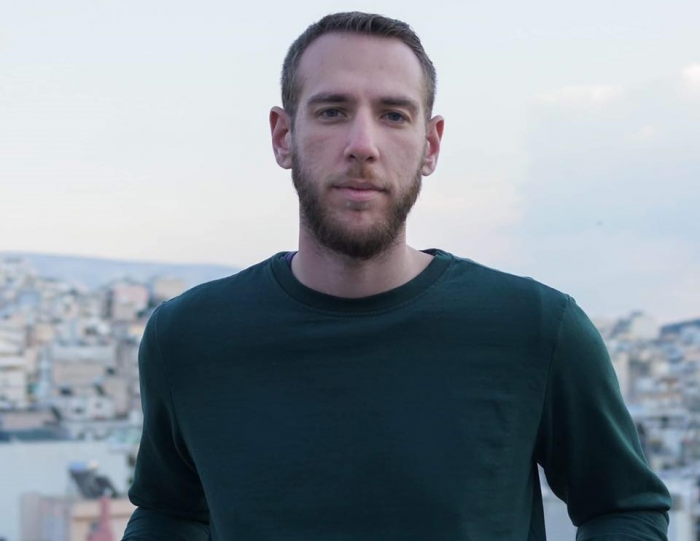 Following the successful course of his film, “The silence of the dying fish”, which participated in the contest of the Locarno and Santan Festival, made Vassilis Kekatos arrive at the official competition section of the Cannes Film Festival, where he was the great winner of the category.

Moreover, he is the founder and artistic director of the Seanema Open Air Film Festival, the Cephalonia summer festival that turns beautiful seaside spots into summer cinemas, and has said he has been thematically influenced by Kamy and Kafka because he loves the absurd, which is reflected in his films.