Florence: Exhibition about the bronze sculptures of the Hellenistic period

Palazzo Strozzi in Florence is hosting a major exhibition entitled Power and Pathos. Bronze Sculpture of the Hellenistic World, devised and produced in conjunction with the J. Paul Getty Museum in Los Angeles, the National Gallery of Art in Washington and the Soprintendenza per i Beni Archeologici della Toscana, Tuscany’s directorate general for archaeology from 14 March to 21 June 2015.

The exhibition showcases a host of outstanding examples of bronze sculpture to tell the story of the spectacular artistic developments of the Hellenistic era (4th to 1st centuries BCE), when new forms of expression began to prevail throughout the Mediterranean basin and beyond, riding on the back of an extraordinary leap forward in technological development to form the first instance of globalisation of the language of art in the known world. The use of bronze, with its unique characteristics, allowed artists to impart an unprecedented level of dynamism to their full-figure statues and naturalism to their portraits in which psychological expression become a hallmark of the style.

The exhibition hosts some of the most important masterpieces of the ancient world from many of the world’s leading archaeological museums including the British Museum in London, the Metropolitan Museum of Art in New York, the Galleria degli Uffizi and the Museo Archeologico Nazionale in Florence, the Kunsthistorisches Museum in Vienna, in the Museo Archeologico Nazionale in Naples, the National Archaeological Museum in Athens, the Georgian National Museum, the Musée du Louvre in Paris and the Vatican Museums. Monumental statues of gods, athletes, and heroes stand alongside portraits of historical figures to take visitors on a breathtaking journey exploring the fascinating stories of these masterpieces’ discovery, often at sea but also in the course of archaeological digs, thus setting the findings in their ancient contexts like sanctuaries, private houses, cemeteries, or public spaces. 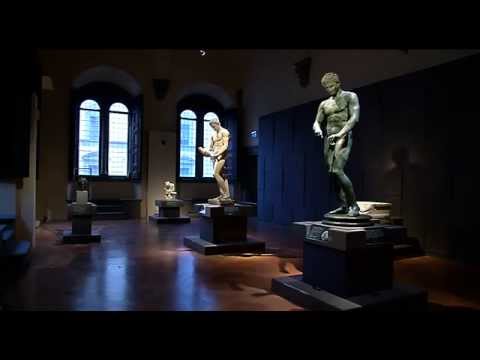