One of the founders of the European Research Council

Fotis Kafatos was a Professor of Biology, born on the 16th of April, 1940. He was an eminent scientist who played a key role in establishing the European Research Council (ERC). In fact in 2011 he received a prestigious prize for his dedication to promoting science and scientific achievement. We are talking about the illustrious Leibniz Medal.

Professor Kafatos first worked to improve the scientific system in Europe by establishing a European basic-research funding organisation in the 1990s. The Initiative for Science in Europe advanced the systematic planning and shaping of a European research funding organisation and eventually, with active support from the scientific community, became the ERC.

After the organisation was established, Kafatos stayed on as the ERC’s founding president and chairman of its Scientific Council, and Ernst-Ludwig Winnacker as the first secretary general. They worked jointly to overcome its many challenges as the ERC quickly expanded to 300 employees who processed 9,000 funding requests in 2007. The ERC has since been responsible for funding highest quality scientific research projects in all fields with a total budget of EUR 7.5 billion 2007-2013.

Overall the ERC aims to put excellence at the heart of European research, raising its status and visibility and that of its very best researchers and research leaders for of today and tomorrow. It works to encourage diversity in its talent and channel funds into the most promising or distinguished researchers, also rewarding innovative proposals by placing emphasis on the quality of the idea rather than the research area.

Professor Kafatos studied biology at Cornell University and got his PhD at Harvard University. In 1969, at age 29, he received tenure at Harvard, becoming the university’s youngest professor, and remained there until 1994. During this time, he also held the Chair of Biology at the University of Athens (1972-1982) and Crete (1982-1993), thereby firmly anchoring the study of modern biology in Greece.

From 1993 to 2005, he was general director of the European Molecular Biology Laboratory (EMBL) in Heidelberg, the largest of its kind in Europe. Over the course of twelve years, he helped to define and improve the institution by establishing three new laboratories. He w as particularly devoted to supporting young researchers, and to this end, he established an international funding programme for young researchers in the field o f molecul ar biology. He also strived to promote equal opportunities for women and young researchers in Europe. He joined Imperial in 2005 as Chair of Immunogenomics.

As he explained on the website of the journal Nature, the requirements of the ERC and the bureaucracy of the European Union have become tiring and prevent him from continuing his research work at London’s Imperial College.

“I do not resent the time spent in the ERC, but it would be foolish not to retire now-it was absorbing me completely. If I knew when I started how long it would take from my life I might didn’t do it. But I am glad I finally did it” he admits. 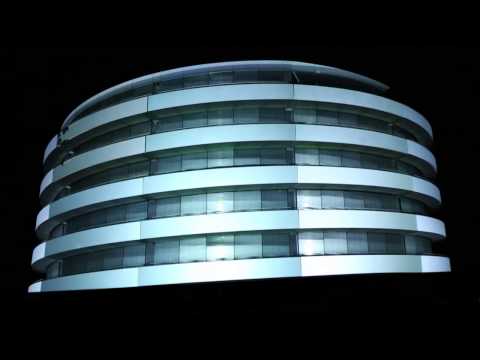