The “father” of the Blackberry

Mike Lazaridis had shown from a very early age that he was about to achieved a great deal through his imagination. Imagine that when he was only 12 years old, he won the first Prize in the public library of his city, because he had managed to read all the scientific books the library had! A few years later, being 18 years old, he won a scholarship for the first year of his study, because he had improved the bell system of the Waterloo University.

Today, Michael Lazarides is among the 100 richest people in the world in the Forbes list and he is the father of the Blackberry. The story of his life is full of adventure. In 1966, his parents decided to leave from Istanbul with his family in order to seek for a better future abroad. The family originally arrived in West Germany and then came by boat to Canada where he settled permanently in Ontario. Mihalis Lazaridis, decided to follow his dream and study in electrical engineering after finishing school.

However, a proposal of $600.000, lead him to sign a contract with General Motors after the company detected his talent and intelligence. Lazaridis with a friend from his childhood, founded, with the financial support of their parents, the company RIM, which in cooperation with General motors, is dedicated to the improving of the system displays LED. Then the Rogers Cantel Mobile Communications comes, through which he emerges a leader in developing wireless digital networks.

The idea for the “Blackberry” leads to high profits for RIM, making him, one of the richest people in the world.

He is married to Ophelia Tong, they have two children, and they have established the foundation Perimeter, which has as a subject of research theoretical physics. He has received numerous awards and prizes, and boasts an Oscar for the role of his company, for the invention of a digital-reader barcode for film editing. 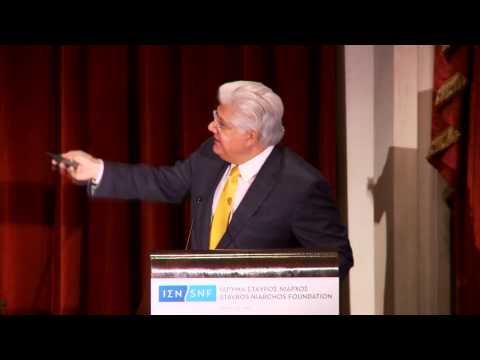