Dr. Periklis Papadopoulos, Aerospace Engineering Professor and Astrophysicist, has origins in Kalamata, where he was born in 1963.

In 1982, he relocated to the United States to pursue his academic dream of studying Aeronautics and Aeronautical Engineering, with expertise in planet exploration and ultrasounds.

In 1992, Papadopoulos received his doctorate degree with distinction from Stanford University. Since 1987, he has been working for NASA Ames in California, having committed as a partner for over 10 years to the Curiosity landing programme, as head of the thermal protection system research team.

In 2003, Periklis Papadopoulos founded Space Systems LLC and as an expert in ultrasonic reintegration he is the head of a research team having accomplished important programme goals and missions for the exploration of space and planets of our solar system. He has been awarded by NASA for his offer and has also earned the prestigious Turning Goals into Reality award.

The first Greek satellite will launch in the summer 2013 from Cape Canaveral, a programme donated by NASA and funded by Greek entrepreneurs.

Dr. Periklis Papadopoulos loves Greece and pays regular visits to the country on every summer occasion. His lifetime dream is to settle down in Kalamata after retirement. 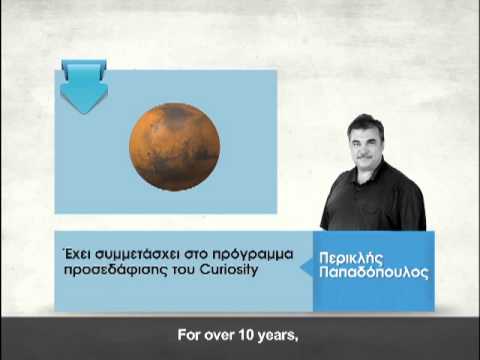