The astrophysicist who connects philosophy with science

Dr. Minas Kafatos is The Fletcher Jones Endowed Professor of Computational Physics at Chapman University and has nearly 40 years of experience in undergraduate and postgraduate teaching and research. During his career, he has even worked at NASA’s Gondar Space Flight Center and has published numerous books and bestsellers, more than 300 articles in the field of computational science, astrophysics, risk and global climate change, leading to 3,738 citations under his name on Researchgate. 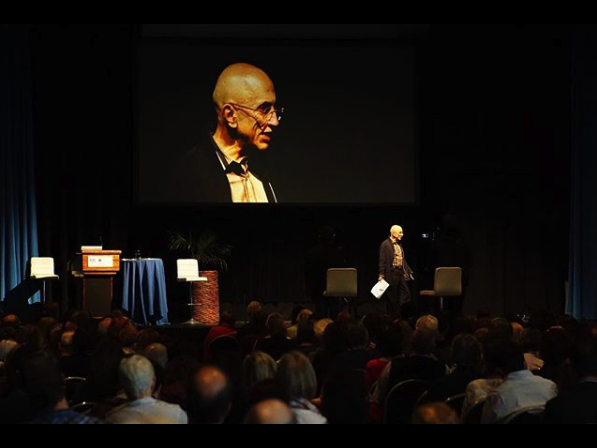 Minas Kafatos was born in Crete on 25 March 1945, left for America when he was 18 years old and grew up in New York. His father wanted to send him to Paris to study painting due to his great talent since a young age, but he preferred science because what attracted him most was the origin of the colors and not what they could create on a canvas. He got to love cosmology and astrophysics through two gifts from his brother, a telescope and a book of cosmology, and he decided to leave for the US after high school.

After this post-doctoral research at NASA’s Gondar Space Shuttle Center, he became a professor at George Mason University in 1984, where he served Dean of the School of Computational Sciences and Director of the Center for Earth Observation and Space Research.

Along with a group of computer scientists, Kafatos was hired by Chapman University in California in the fall of 2008, where he became the Founding Dean of the Schmid College of Science and Technology, until 2012, focusing on cosmology, astrophysics, quantum mechanics, the dangers of climate change and remote sensing. 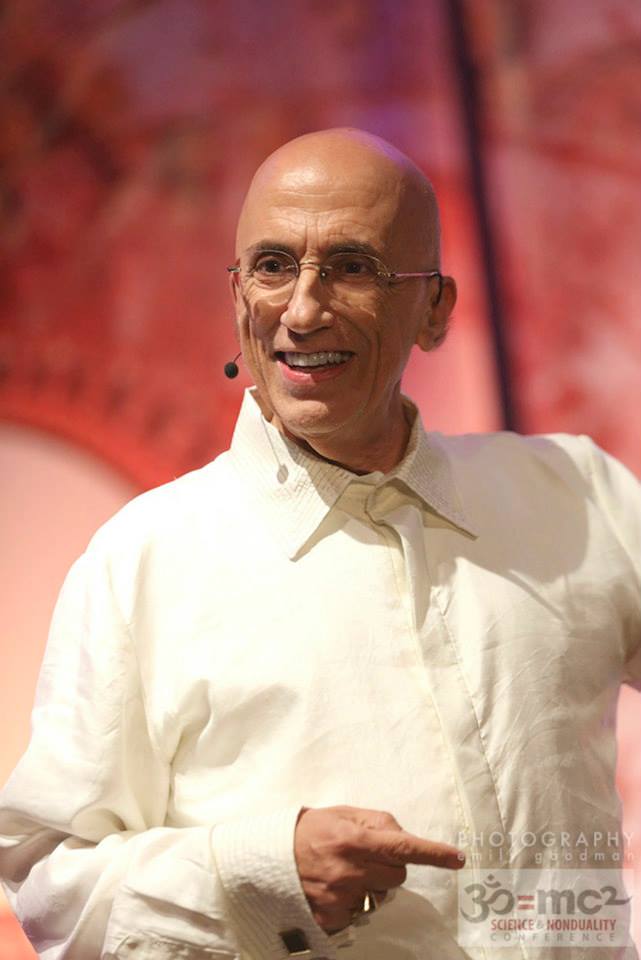 In 2017, he was part of a group publication in the business oceanography magazine with five of his colleagues from all over the world and the Institute of Marine Engineering, Science and Technology awarded each co-author a Denny Medal for the publication.

In 2018, he returned from a trip to the capital of South Korea, where he was elected External Member of the Korean Academy of Science and Technology (KAST). As a foreign member of KAUST, he cooperates with the Academy members to promote science and technology in Korea. This organization is equivalent to the National Academy of Sciences of the United States. “Science is evolving rapidly,” the astrophysicist explains and adds, “We have to combine sciences because no field has all the answers.” 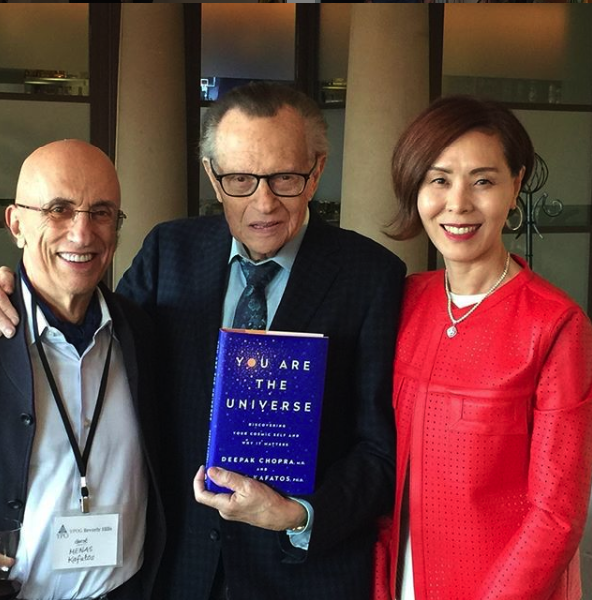 Professor Kafatos visits South Korea frequently to speak at international conferences and appears on national television programs, while he has conducted collaborative research over the last 10 years with professors and students from King Abdullah University University of Science and Technology (KAUST), a leading private institution.

Today, he is the director of the Center for Excellence in Earth Systems Modeling and Observations (CEESMO), and The Fletcher Jones Endowed Professor of Computational Physics for Chapman University. 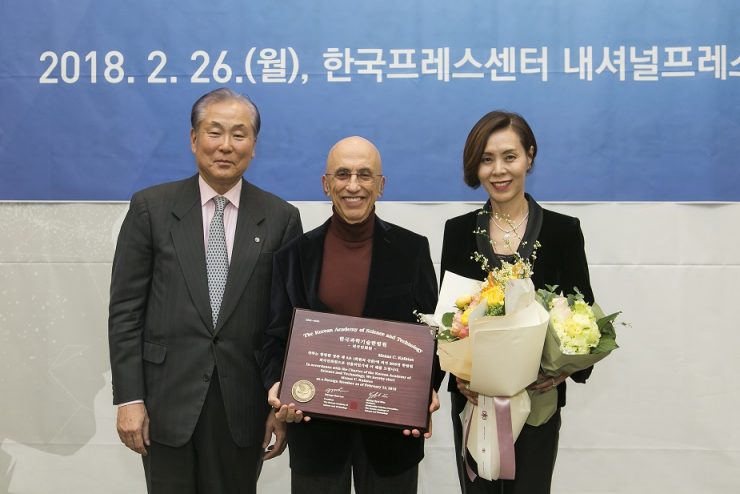 Mr. Kafatos considers that the basis of science is philosophy, as both science and philosophy call for unity to answer the questions of the universe and explain the world while considering the bridge where the two are joined, he says the answer is humans, who are part of the consciousness of the universe.

Researchgate, in its database, includes 390+ publications under the name of Dr. Kafatos with RG rating: 41.34, h-index: 34, publications with arbitration: 302, including published magazine articles, revised book chapters and published proceedings, books: 15, with a total of references: 3.738+ (Web of Science). 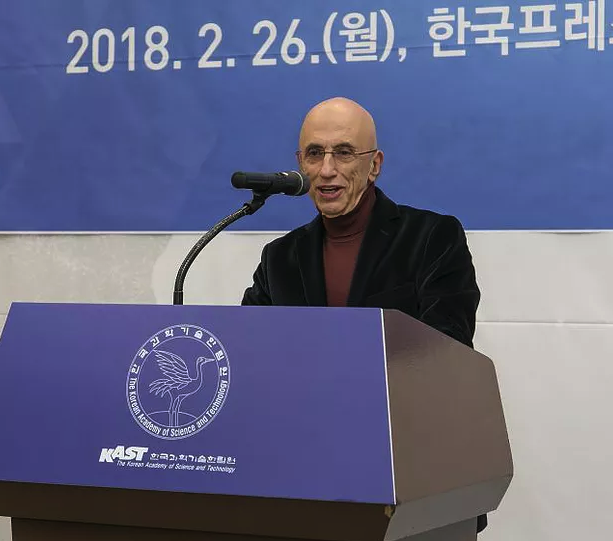 He collaborates with astronomical centers, has written many books and lectures about how people can create a better world based on the principles of quantum physics he professes and follows faithfully in his everyday life.

He has published numerous books, including “The Conscious Universe”, “The Non-local Universe”, with Robert Nadeau, “Principles of Integrative Science”, with Mihai Draganescu of the Romanian Academy of Sciences, “The Creative Cosmos” and “You are the universe” with Deepak Chopra.

Notable scientific contributions include enhancements to synthetic tropical cyclone (hurricane) circulations used in forecast models,new perspectives on the self organization of the universe through the lens of complexity,a detailed look at the relationship between vegetation in the United States and El Niño/Southern Oscillation, and a better understanding of dust and aerosols over India.

Menas Kafatos, who has been president of the American Council of the Hellenic Republic, lives in Marina Del Rei, California, with his wife Susan Yang, a scientist in the fields of computational biology, experimental biology and neuroscience. They met while working together at George Mason University. His brother, Fotis Kafatos, is a biologist and founder and Honorary President of the European Research Council (ERC). Kafatos has 3 children: Lefteris, Stefanos, and Alexios. 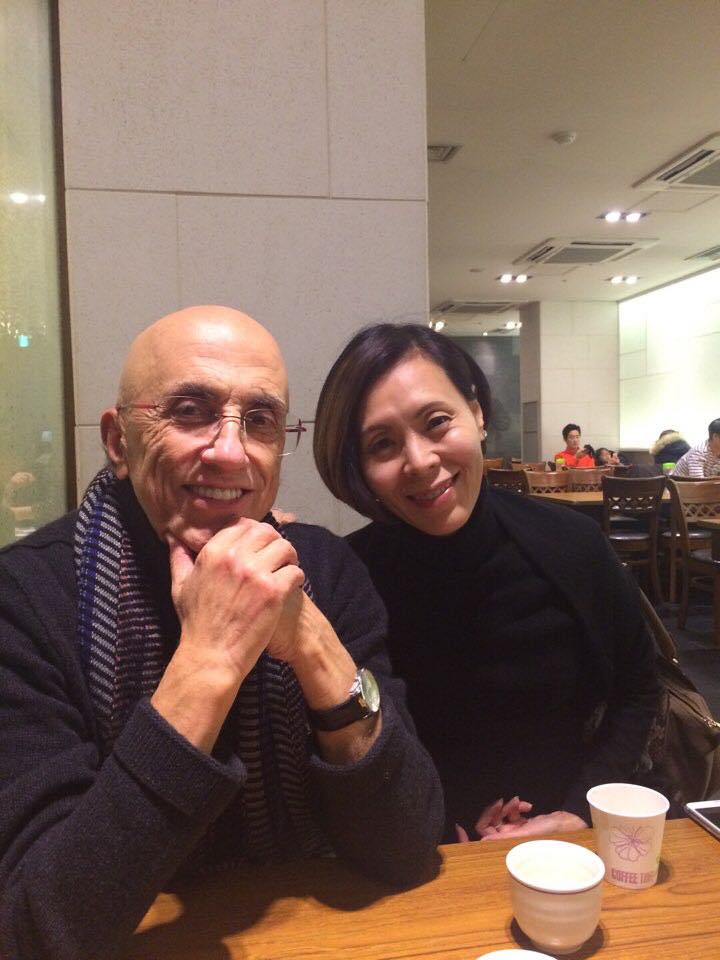 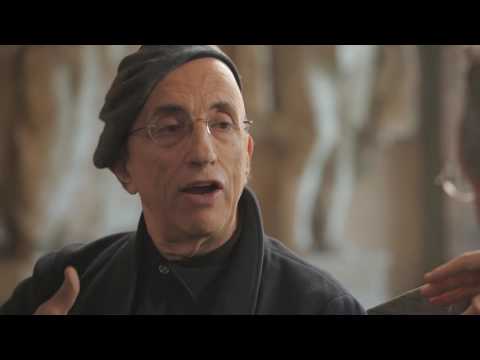