The immunologist who pioneers in the treatment of Type 1 Diabetes

Dimitris Skokos is the head of the Immunology and Inflammatory Department of Regeneron Pharmaceuticals as well as an adjunct faculty Professor in the Rockefeller University.

He has been chosen among the 40 best scientists below 40 years old in the United States, being the only Greek among them, as he and his team have made a huge step in curing the diabetes type 1 disease and new promising perspectives have opened for treating these as other autoimmune diseases.

The specific breakthrough has been published in the world fame scientific magazine “Journal of Experimental Medicine” and changes the way of administering insulin to patients who are mainly children.

Referring to his treatment in compare with the existing ones, Skokos states: “What we are trying to accomplish is to discover new methods of resetting the immune system of the patient. We discovered a new ability of an antibody that causes the dendritic cells to multiply and have the special ability to orchestrate the immune response. The increase of the dendritic cells causes the regulatory T lymphocytes to activate and those prevent the disease from spreading.”

The distinguished Greek scientist reports that his study lasted about four years and in order to be published, he and his team spend many years in monitoring and in strict supervision of the evolutionary process of laboratory results.

In August 2008, he started to work as a scientist at the biopharmaceutical company Regeneron Pharmaceuticals until 2011. From August 2008 till present, he is an adjunct Faculty Professor at the Rockefeller University in New York. In January 2012 until today is the bio-medical science group leader at the Immunology Department of Regeneron Pharmaceuticals Inc. His research focuses on mechanism of action studies, human and mouse cell-based antibody screening assays, animal disease models (oncology, autoimmunity), immuno-oncology vaccine development and innate and adaptive immune response.

Dimitris Skokos had the luck and honour to work with great scientists. Among others was his mentor, Ralph Steinman. Steinman won the Nobel Prize in Medicine in October 2011. One of many conversations they had with Skokos, Steinman advised him: “Do everything to realize your first scientific observation. Never listen to people without imagination. Just do your best”. 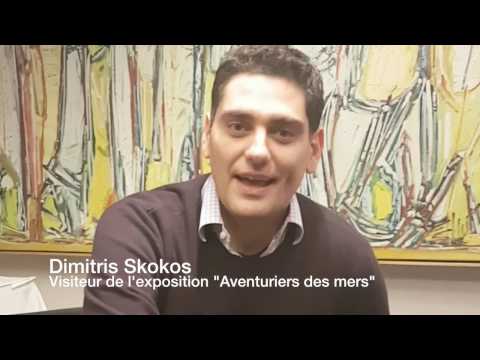