He was born, grew up and studied in Thessaloniki. Yet from the day he left Greece, in order to pursue a PhD at the University of New Mexico, he knew that he wouldn’t even consider returning to Greece for many years to come.

His passion for telescopes and solar physics may have kept Angelos Vourlidas away from home, but it also offered him the privilege of being the first scientist who has watched- and is watching observing- what is happening on our mother star, closer than anyone else.

NASA’s twin satellites, STEREO, for which he constructed possibly the most advanced telescopes ever created- given that they can trace what is going on in the optical and ultraviolet spectrum, covering the whole distance from Earth to the sun-, are constantly recording solar activity, providing new data, which change the face of solar physics.

“For the first time, we are able see the sun in three dimensions, by combining views from the two spacecrafts to create a sphere”, says the scientist. “We can understand the function of small-scale solar erruptions, for which we used to have only limited knowledge. We have discovered that comets tails can be torn off when they are caught in solar storms, while we could even observe and record solar tsunamis”.

Mr. Vourlidas is responsible for the five telescopes of NASA’s two research satellites, STEREO, and has the privilege of seeing first the incoming data before he passes them to the global scientific community for analysis, retaining only what falls within his own field of expertise.

Angelos Vourlidas and his team accidentally discovered that comets” tails are torn off when they go through solar storms. One morning, as he was looking at the data coming from the spacecrafts, he witnessed the collision of a comet with a massive solar storm, which was extending from the sun to outer space. “This proves that eruptions on the surface of the sun are magnetic”, says the scientist. 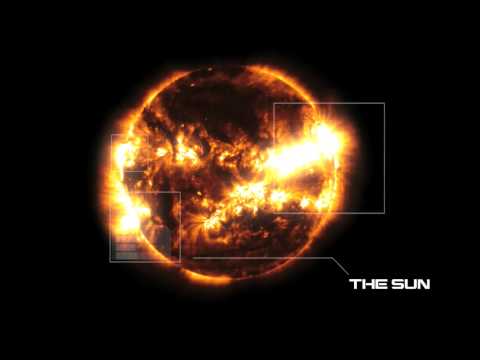