A Greek judge at the European Court of Human Rights

Born in Athens on the 9th of  May 1960 to an artistic and well-educated family. His father, George, who died in 2005, is considered one of the greatest Greek symphonic composers and the third more important composer of the 20th century- after Manolis Kalomoiris and Nikos Skalkotas. His symphonic works have been conducted by the greatest Greek conductors, including Dimitris Mitropoulos.

Having grown up in such an environment, Linos-Alexandros Sicilianos couldn’t help but follow the musical path. He initially studied the violin to a professional level, but eventually chose to focus on his law studies. He graduated in 1983 with honors from the Law School of Athens Kapodistrian University, and then went on to do a Masters degree in Strasbourg, in the Robert Schuman University in 1984, in the field of International Law. In 1990 he completed his Ph.D at the same University with a distinction and a “special honor” by the Committee.

For years he has been active in the field of Human Rights and has been a scientific director of the “Aliki Maragopoulou Foundation for Human Rights”, which has an advisory role with several international organizations. Moreover, he has served as vice-president of the UN Committee on the Elimination of Racial Discrimination.

He is also a Professor of Public International Law at the Law School of Athens, and a lawyer having the honor to represent his clients at the Greek Supreme Court (Areios Pagos). He has been awarded many honors among which we find: the Robert Schuman University Prize (1990), the Paul Guggenheim international award (1992), the award in the memory of Georgios Tenekidis, and the award of the Bodossaki Foundation (ex aequo, 1996). As far as his international career is concerned, he has been a member, a president and a vice-president of several committees that protect human rights, not only Greek but also internationally (Council of Europe and United Nations). He is proud to say that his curriculum vitae enumerates four monographies, authorship or co-authorship of twelve collective work published in Greece and abroad, and about seventy scientific articles and studies in greek and foreign law-related magazines. 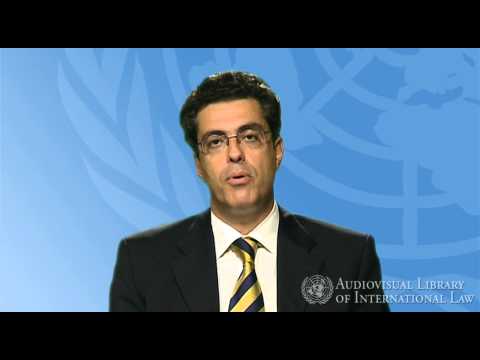