A unique drink with a “scent” of Greece

Three extremely creative Greek women and a Scotsman are behind the new Greek gin enriched with herbs such as crithmum, myrtle and orange blossoms that make it stand out for its flavor and of course, to differ from what we have known so far.

The origin of the gin spirit is Western Europe of the Middle Ages, while it is remarkable that it was originally used as a medicine. Today, it is one of the most popular and favorite drinks, but it is also one of the main bases of most cocktails. It has a great history and perhaps no one could imagine until some years ago that there could be gin that will have a “scent” of Greece! But there is now, and it is called “Grace Gin”. 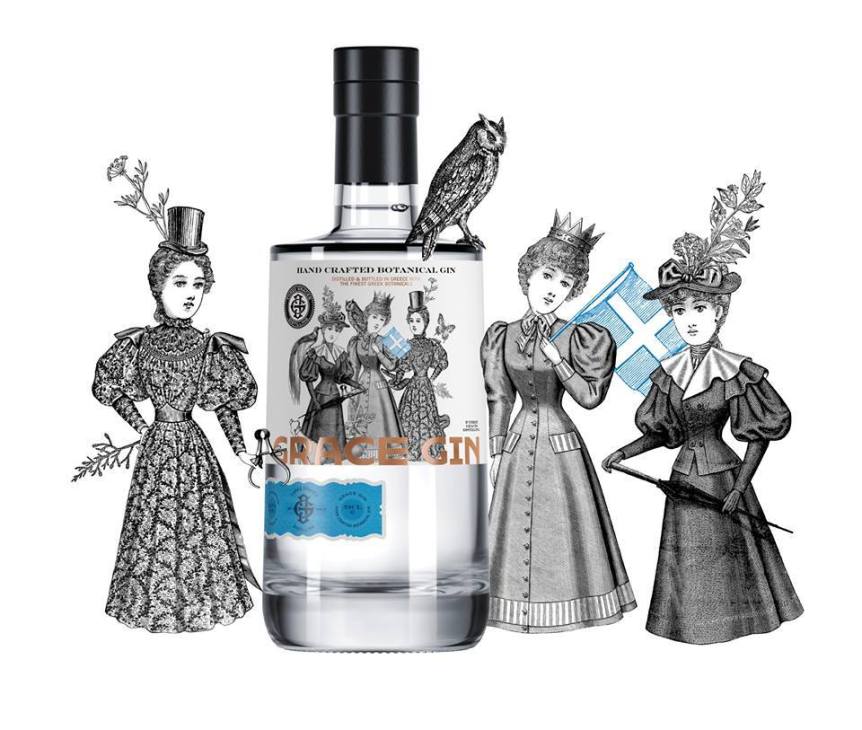 Grace Gin, which was awarded in 2018 by the British “The Gin Guide”, was created by Lila Dimopoulou and John Cowden from LKC Premium Drinks, and the sisters Katerina and Hara Katsou from the Avantes distillery.

The creators of Grace Gin met in 2016 as part of a trade show and quickly found that they were connected by a common vision: To create a timeless brand name with its own identity that would highlight the Greek element and with its quality would stand out of the rest gins in the market. 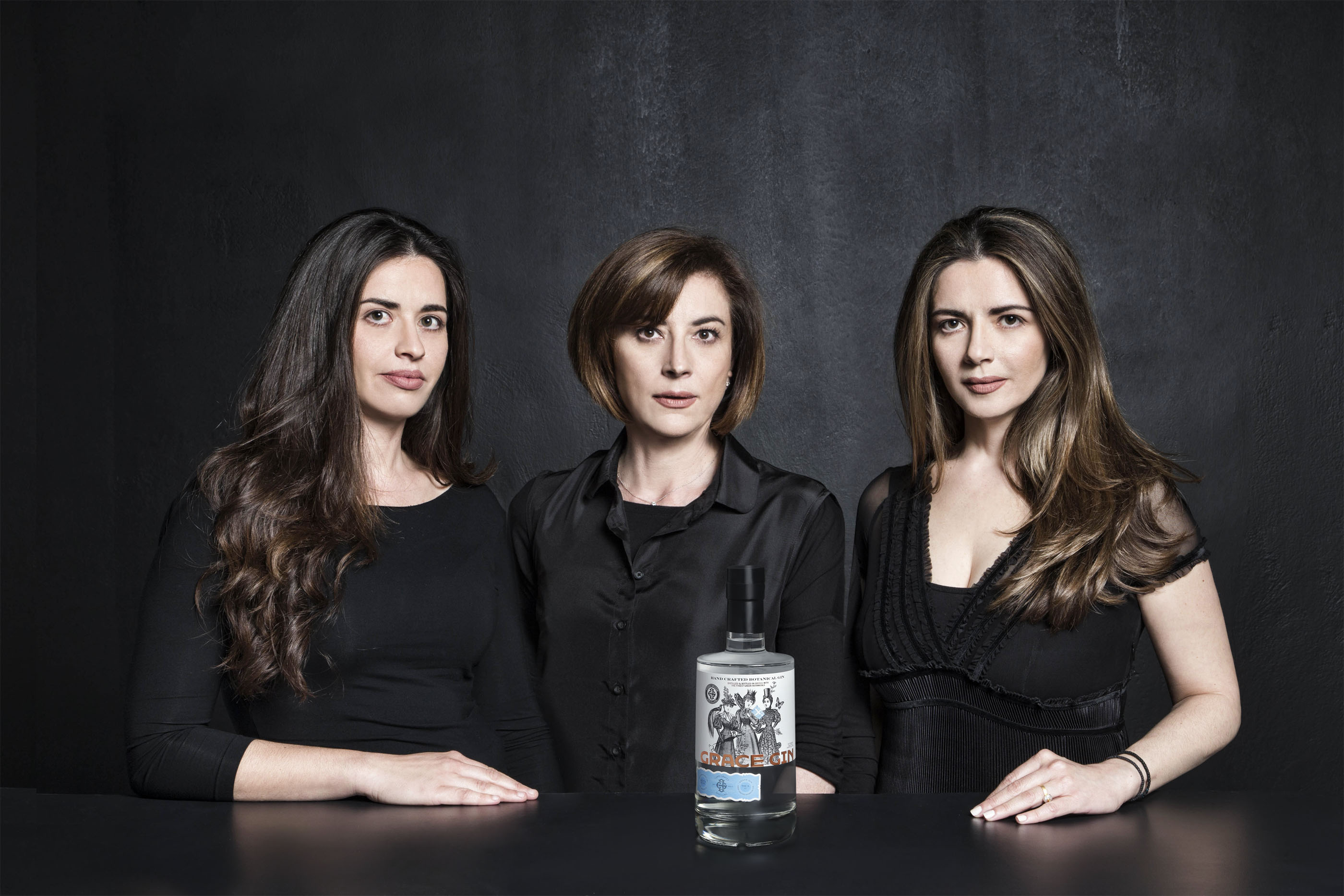 The choice of gin instead of another drink was because, to some extent, the direction existed due to John Cowden’s Scottish origin. However, the key element was the de facto botanical character of gin, which gave them the opportunity to experiment with the incredible wealth of the Greek land.

For more than 8 months, they searched and experimented with 50 different herbal items to conclude at Grace’s recipe. A strategy and decision that ultimately justifies them and proves that where passion and imagination there’s no room for stereotypes. 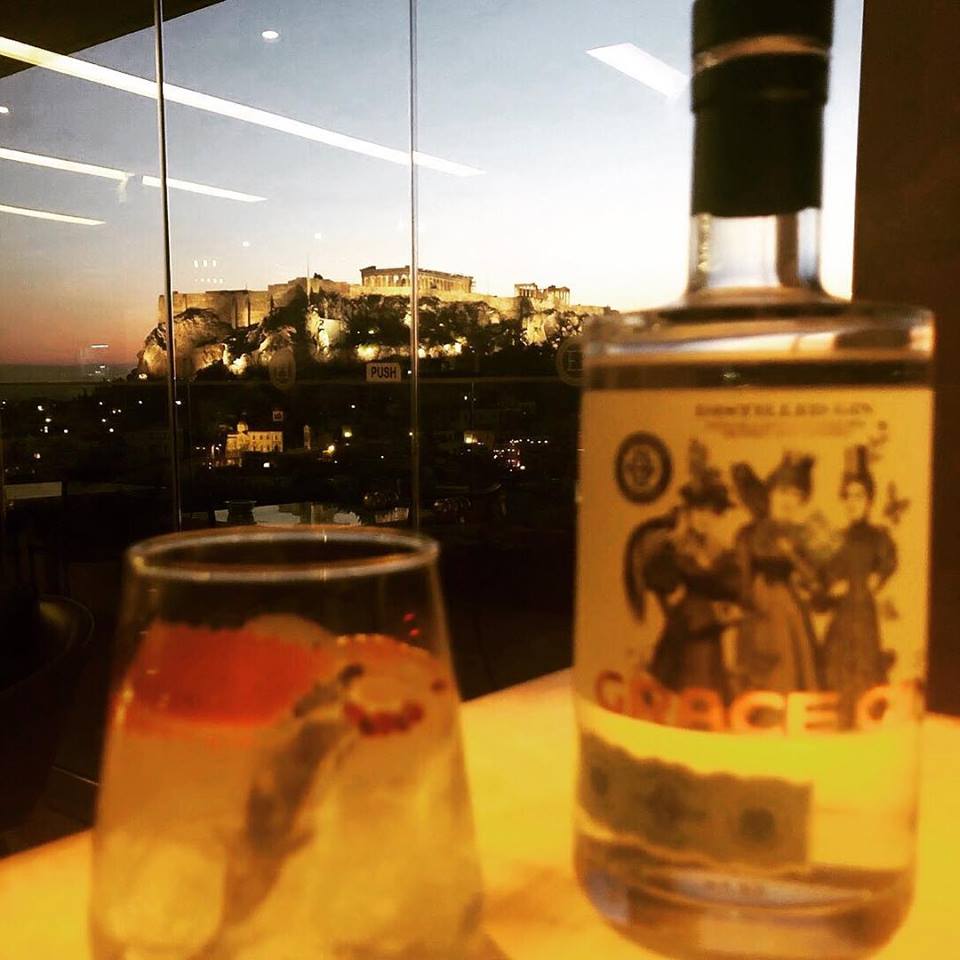 “Grace” is one of the English words that are not one-dimensional. Depending on the circumstance it acquires a different meaning, such as greatness, honor, favor, elegance. The name of the drink emerged through the product development process and started a bit like a joke. Through the experiments and trials, the three Greek ladies became the “three graces” for Mr. Cowden, three women determined to put all their charm and love in order to create something really special. Myrtle is one of the ingredients of their unique gin, but it is also the symbol of the three graces.

The five Greek elements that differentiate a beverage linked to the English tradition are crithmum, schinos, myrtle, orange blossoms and citrus peels. Grace Gin is produced in Chalkida, Greece, and its alcohol volume is 45.7%. Its dominant fragrance is the juniper, which does not hesitate to bring along the character of crithmum and schinos. 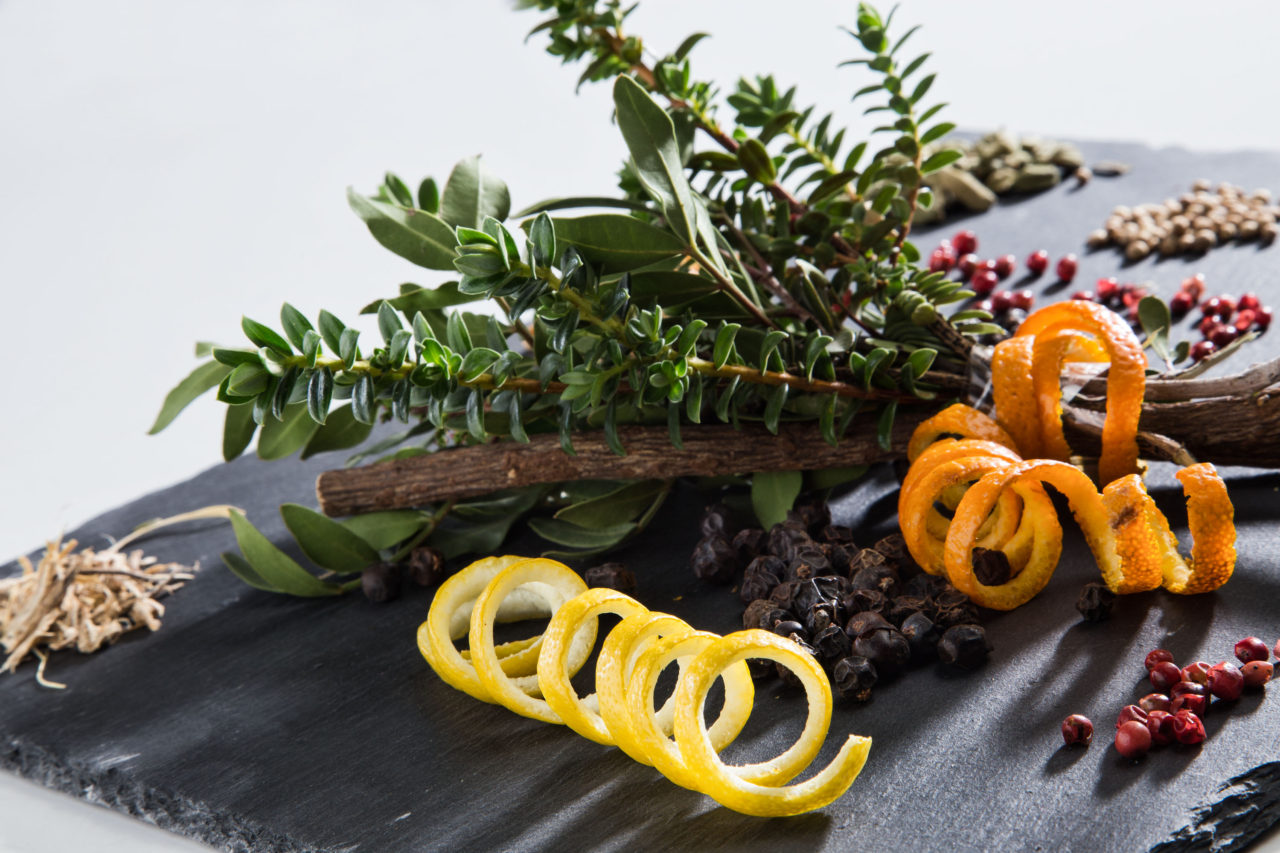 Pepper and cinnamon flavors are also easily found, while myrtle flowers enhance its aromatic composition. In the flavor, the botanical qualities emerge from the juniper and the crithmum, which is comfortably combined with the spicy character of coriander, pink pepper and cinnamon. At the same time, there is an intense freshness with earthly elements.

Particular techniques, such as hydro-steam distilling -which is mainly used in perfumery- proper separation, and soft filtration are some of the secrets of this unique gin prescription. 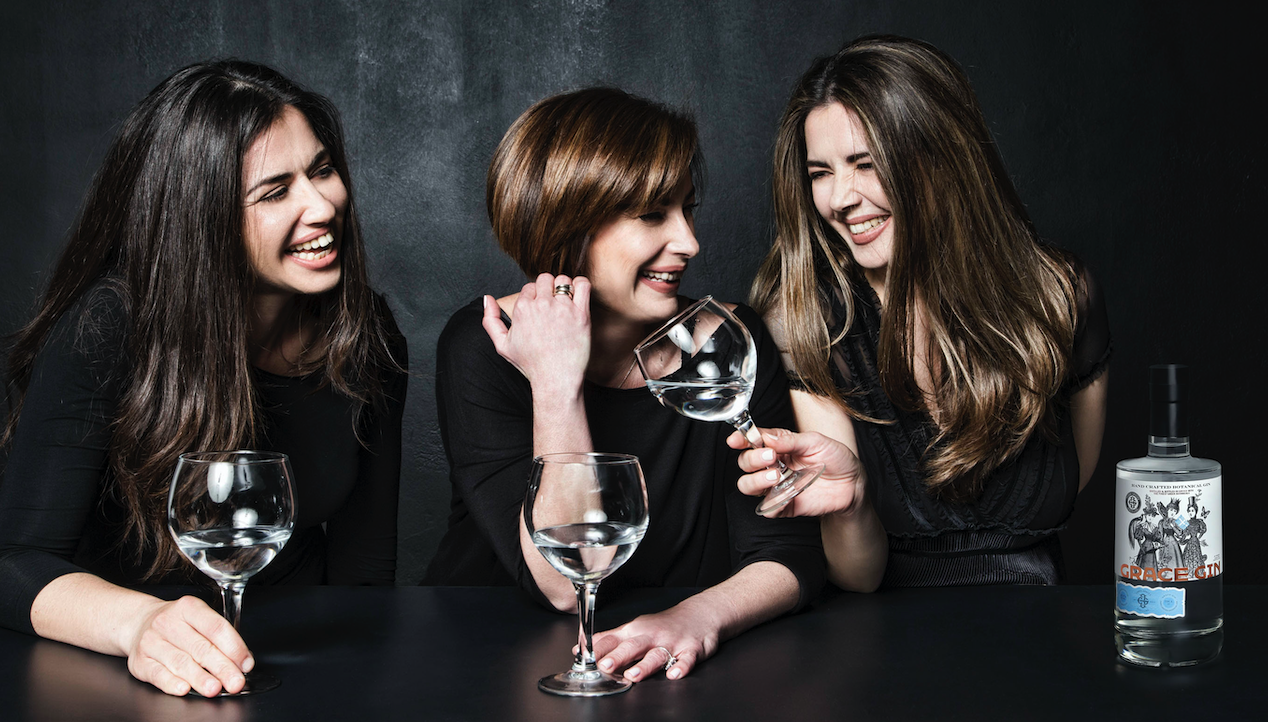 The three Greek women know that in our country, Greece, we have an incredible culture and tradition in eating, managing and processing quality raw materials, but in the field of drinks they believe we have many steps to do yet. “The logic of” bulk “and cheap imported -with its impact on both the economy and the health- unfortunately prevails. The consumer needs education and information and the actions in this direction are several companies and the bar scene. It is with great joy that every day we find that this is changing in the right direction”, they said in an interview. 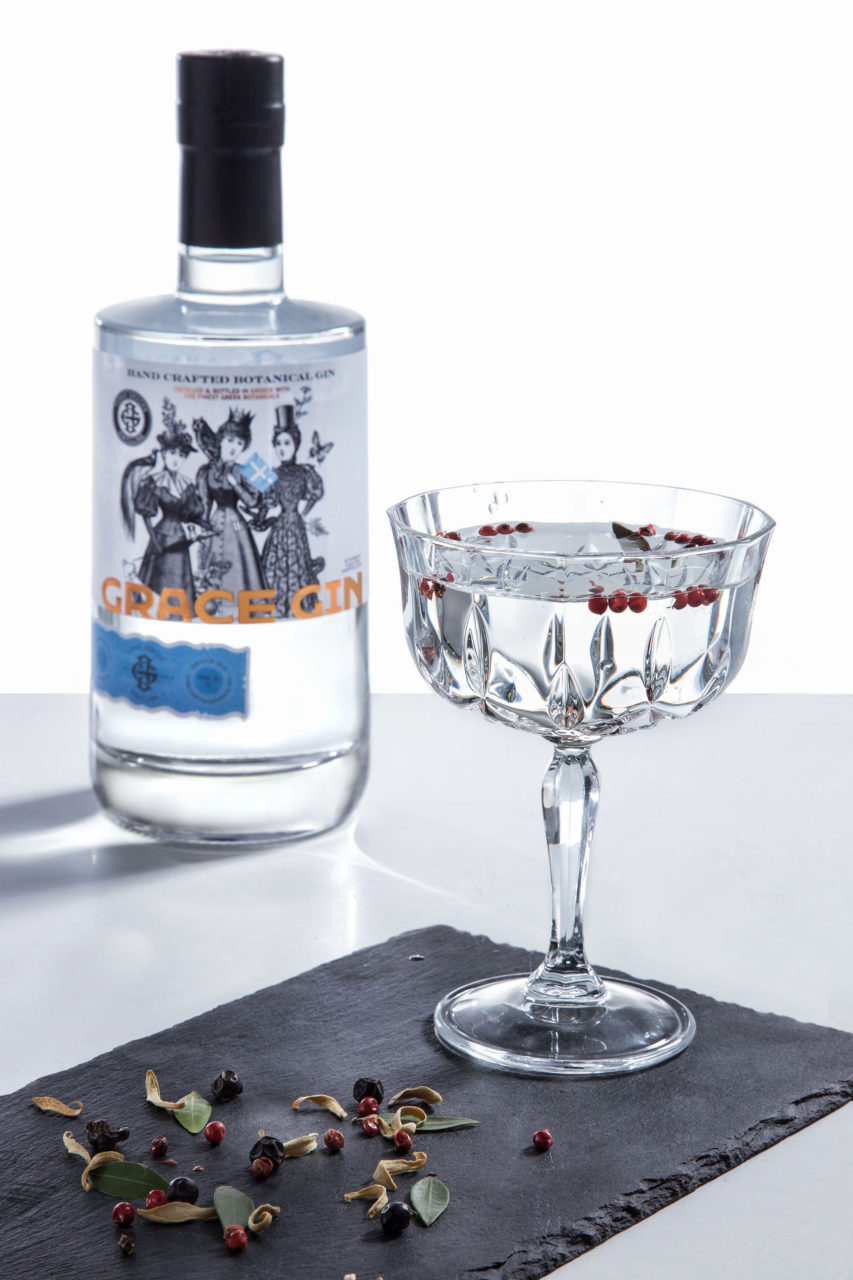 With this particular botanical project, they address, as they say, “To the conscious and mature consumers with experience and knowledge from the international market -who, in fact, are choosing us almost immediately- and we are delighted when, through our participation in reports and information actions of consumers we win loyal friends. Besides, we also have a comparative advantage: Grace Gin’s taste is very special and different. And that was our big bet from the beginning: We wanted to make a drink that was GIN – with a headline – but it was something different!”. 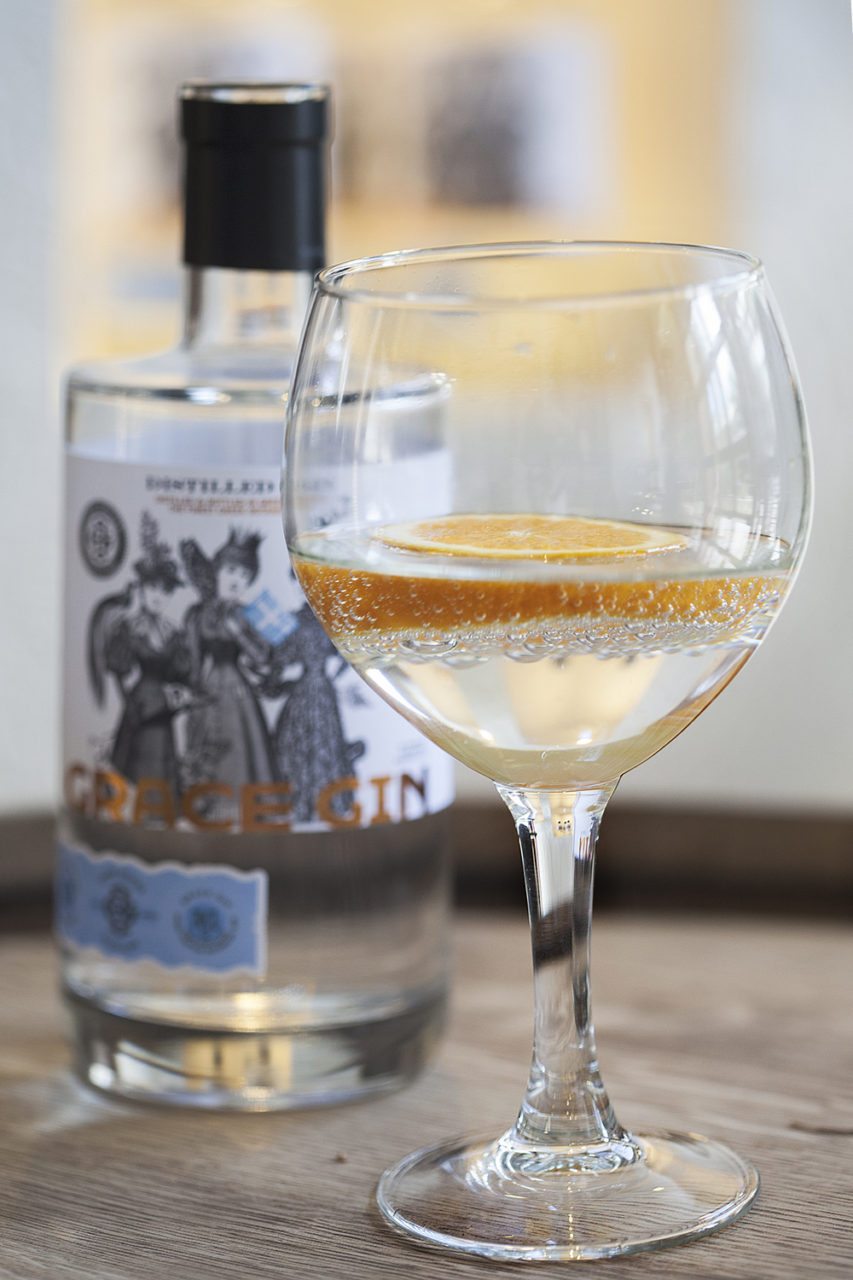 For the team that created it, Grace Gin’s main asset is his unique identity. It is a product with personality, with its own history and character. The goal from the beginning was to create a brand name with qualities that are durable and can compete well “on the shelf” with other internationally recognized drinks of its kind. They also wanted the quality content as well as packaging to deserve the attention of the consumer.

The comments they have received so far are a lot and above all positive. The most encouraging, however, was when they decided -before the first bottles were ready- to carry out a series of blind tastings with professionals in the area, putting Grace Gin next to several well-known international premium gins. “Too many groups of 5-6 professionals participated in the process, in Greece, Germany and England. The rules we observed were very strict and the judges really scored blindly. It was great joy and encouragement that Grace scored steadily first in almost all the groups, and to a very low second. This has given us tremendous strength, confidence and the certainty that Grace is a brand that will deserve a place in the gin market”, add its Greek creators.

Now, Grace Gin can be found almost all over Greece, in well-known cellars and selected bars. It is being exported to Germany, Austria, England, Cyprus and Belgium, will soon be in the Netherlands and from September 2019 in America.

There are plans to grow Grace Gin’s family and to experiment with other international spirits by adding the Greek element. Also, his creators are working intensely on developing the portfolio of LKC Premium Drinks, which concerns selected whiskey and gin labels from their second home, Scotland.