The first to introduce chèvres cheese to Greece

In beautiful Evia, Styra village, in a completely natural environment that combines the sea breeze and the mountain air, MALTEZOS FARM was created, an original goat farm which was the first to introduce the world-famous French chèvres cheeses to Greece.

Fresh, fluffy, neat or with combinations of spices and herbs that suit them (pepper grains, paprika, black pepper, turmeric, and even French fodder ash). A special category is the semi-hard, crottin-type, with the yellow casing and the strong, spicy and complex flavor. 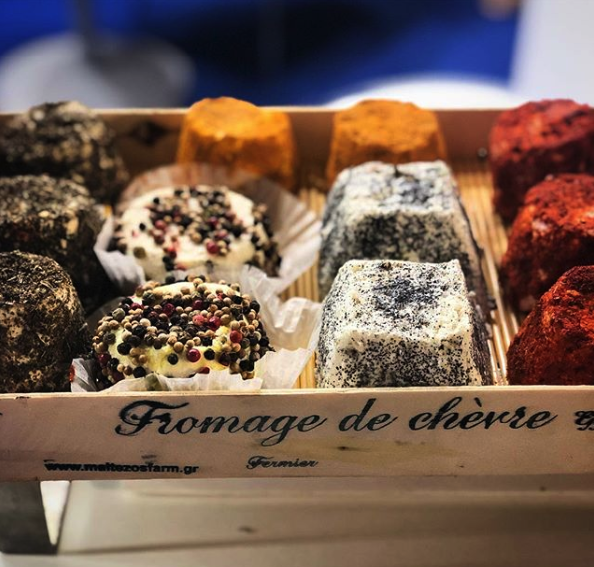 Maltezos Farm, established in 1989 on the southern Euboean coast, on a privately owned 50-acre farm surrounded by 1500 acres of private pastureland, is the pioneering and innovative vision of Lazarus Maltezos,’ founder and inspirer.

He came from a family of a great livestock tradition – his grandfather supplied cheeses to the royal palace – and although he was a mathematician, he studied at the best French dairies, from where he first brought the chèvres recipes. 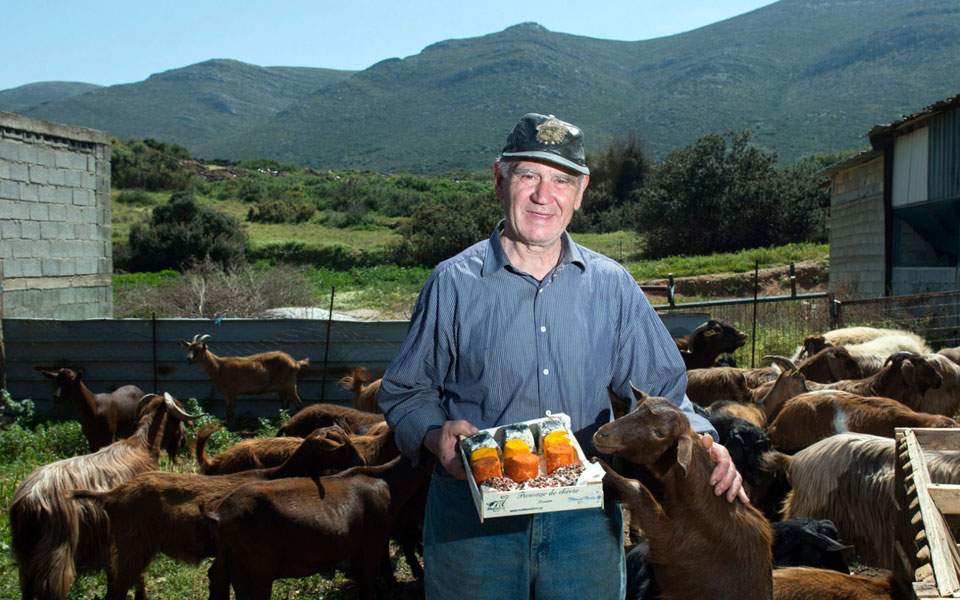 The cheeses of MALTEZOS FARM quickly became sought after by the best shops in Athens and gastronomic catering until the catastrophe in the form of a big fire in 2007. The fire completely destroyed the farm’s premises and destroyed its flocks.

The Greek chèvre was forgotten until 2014 when Lazaros Maltezos met the entrepreneur, Stefanos Kotsolis, who immediately recognized the peculiarity and dynamics of this production. In just nine months, the farm was reborn from the start, in the same place, with modern facilities, and on the first December of that year, the first products made their reappearance at a few points of sale in Athens. 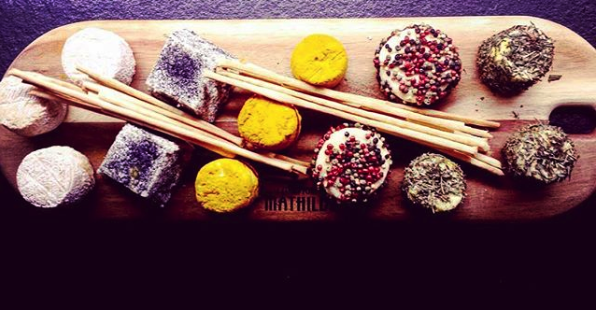 The chèvre is a unique, fruity, full of flavor and a persistent aftertaste, characteristic of its raw material. With a velvety texture and sophisticated flavor, it is the cheese that offers unique tasting experiences on both the daily and the Sunday table.

It has low fat but high nutritional value, as it is rich in protein, calcium, minerals and vitamins. Pleasant in the mouth and with good duration, highlights every dish that accompanies it. Still, they have particularly organoleptic characteristics, with a strong milk flavor, due to the free grazing of animals and the low yield. 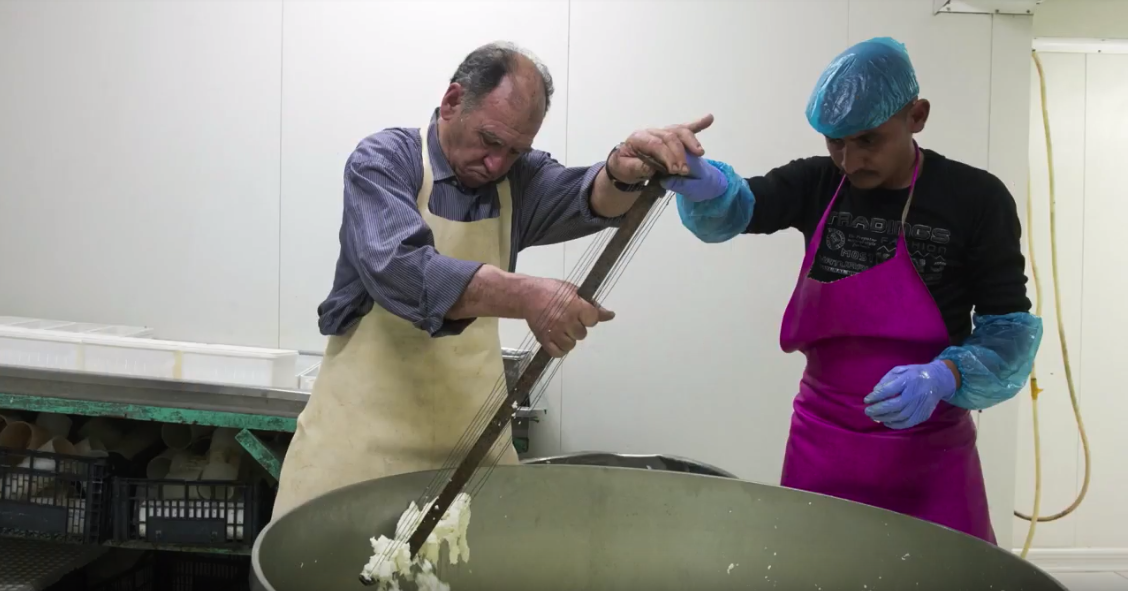 Another feature is the lower lactose content, which makes them more digestible, especially for young children or those who are intolerant. It is used raw as a table cheese, but it is excellent baked as well, accompanied by many dishes or green salads, and is also ideal for cold sandwiches.

The fully renovated facilities of MALTEZOS FARM operate the cheese farm, where over 500 goats are grown, with the capacity to reach 2000, from the Murcia and Damascus breeds. Murcia is the Spanish Murciano-Granadina, an indigenous Spanish breed with high milk production and high-fat milk, perfectly adapted to the conditions of the region. Damascus is a beautiful reddish or paraded goat that originates from Nubia and is raised in M. East. It also produces fat-rich milk.

They feed on the rich in thyme vegetation in the area and supplement their feed with animal feed produced in the farm. With proper birth planning, milk availability is achieved on a 12-month basis for the production of fresh cheese throughout the year.

The vision of MALTEZOS FARM is to produce safe, high-quality dairy products in a sound and modern production facility by processing 100% local Greek milk. All our products are certified according to the Greek and international certification standards for quality and product safety. 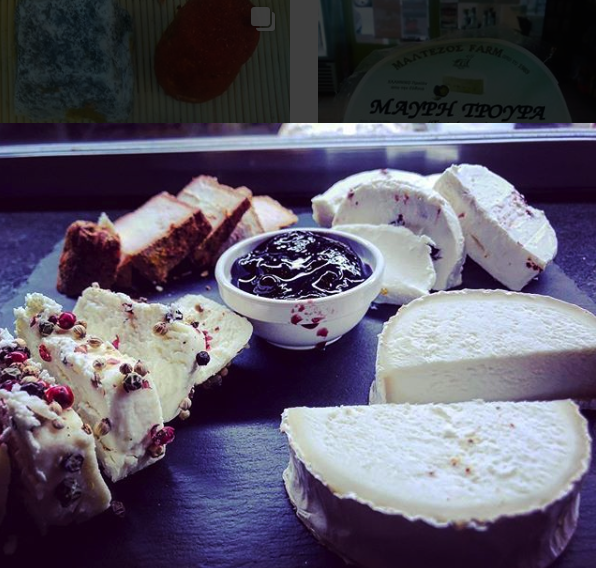 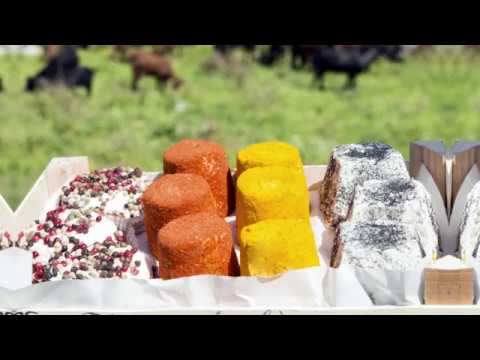