The concept of innovation is inherent in the history of JOTIS. The original goal of John and Maria Jotis, when they founded the company in 1930, was to offer Greek children an innovative, vigorous food with pure ingredients from crops of Greek soil. The result was JOTIS Rice Cereal and JOTIS Corn Cereal, the first infant and baby creams in Greece, which contributed to the reduction of child mortality that at that time had an epidemic dimension.

Since then, the company has never ceased to innovate. With the main concern of watching and distinguishing new trends, JOTIS opens up new ways in the diet, by Farina JOTIS, the first flour that infuses itself, the JOTIS  FRUIT JELLY, the first dessert that is ready in such a short time, the JOTIS Cakes, the first complete range of desserts, and the Sweet & Balance, the first complete range of desserts with a low glycemic index, also suitable for people with diabetes. The company’s history consists of significant “firsts” and innovations. Each JOTIS product is based on natural raw materials and high nutritional values and it is no coincidence that the company has one of the finest Research and Development Departments in the Greek food industry.

Today, JOTIS remains 100% Greek, totally identified with the history and evolution of the Greek diet and always innovative, covering the needs of the whole family, through a rich variety of innovative proposals that make it the first ingredient in cooking and confectionery at home. Moreover, it has been steadily contributing to the strengthening of the Greek economy, as it has consistently implemented its investment plan. 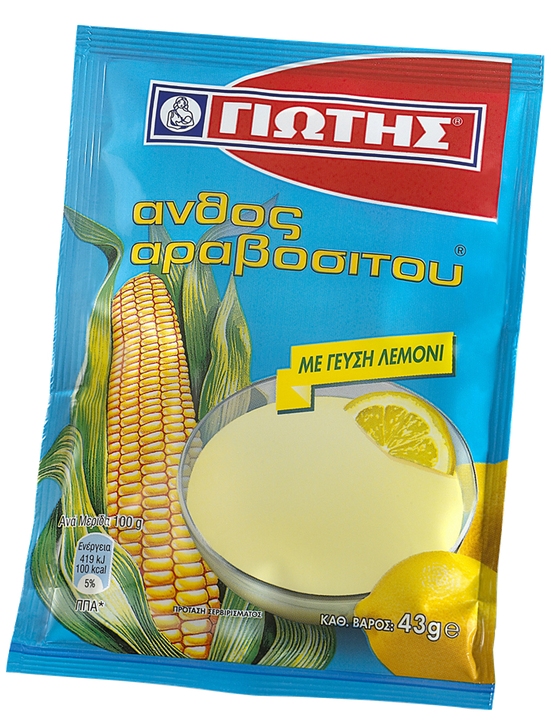 In 2012, the company proceeded to invest in the acquisition of a new warehouse in Mandra, Attica, with a total area of 10.000 sq.m. and a capacity of 9,000 pallet stacks. In 2015, continuing to invest firmly in Greece, completed the construction of its new factory in Agrinio, with a total area of 10,000 sq.m. In 2017, the construction of new facilities of the company, 1350 sq.m. which houses the “HCRI”, which gives it the potential and the momentum to increase its controls for the Food Industries. At the same time, it dynamically strengthens its presence in foreign markets across the continents.

Their motivation is to offer Greek children vigorous food, with pure ingredients from original crops from the Greek land, such as corn and rice. Thus, in addition to the first baby cream made industrially in Greece, which became the favorite for the young and old and which was the first branded products that the company exported to America, the first desserts in Greece were created. In the early 50s, JOTIS launched the JOTIS Fruit Jelly in the Greek market, a new nutritional proposal that pleasantly surprised consumers as it was the first dessert to combine sweet and fruity.

In the early 1960s, followed another innovation of the company that opened new flavor-paths in JOTIS desserts. Cream Caramel JOTIS was a quick-cooking, non-roasted cream with ready-to-use candy syrup, and in self-inflated flour with the brand name Farina JOTIS. The name Farina was introduced to consumers and characterizes until now the category of self-extinguishing flour.

In 1969, JOTIS produced, for the first time in Greece, pre-cooked baby foods in the form of Corn Cereal and Rice Cereal, offering its consumers once again an innovative product that will help the baby’s well-balanced nutrition. In 1988 and 1990, consumers were introduced with two new products, the instant Caotonic drink and JOTIS Cakes, the first complete sweets in Greece. The company launched the latter at the same time in the Greek and German market because they were a pioneering idea, as they contain all the materials for the creation and decoration of a homemade cake without baking or boiling, in just 15 minutes.

JOTIS Cakes have been highly commercially successful and enthusiastically adopted by consumers, and, in 1994, they were awarded the SIAL D’OR International Prize for their innovative product idea, high-quality materials, innovation in manufacturing technology, commercial success and the added value of the consumer (ease, speed, economy).

Similarly, the JOTIS company stepped into the Greek market with the innovative product mix for “Βechamel”. A product that meets the consumer’s need for immediate implementation and application in every recipe, without boiling, in only a minute.

Caotonic Choco JOTIS followed, the first chocolate in a stick, with the Caotonic hero Caotonic, rich in vitamins and nutritional value. With Caotonic Chocolates and Blues & Differs the company invested in the chocolate market, enriching its portfolio with a series of chocolate confectionery, and JOTIS Cream of Cereals, made from 6 cereals and milk, while JOTIS biscuit is made from cereals, milk and biscuits. 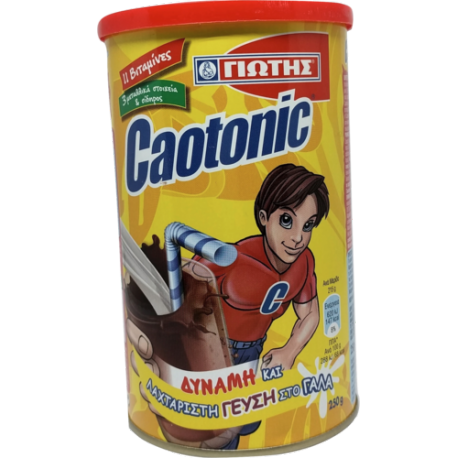 Moreover, 70 years of experience, scientific development and continuous laboratory research have supported the design of the SANILAC range of baby milk from JOTIS. SANILAC baby milk is a premium quality product that is as close as possible to breast milk. It covers the needs of the infant at all stages of its development, providing the body with all the necessary vitamins, minerals and trace elements. The series consists of first, second and third infant-age milk, as well as special milk (for infants suffering from colic, for lactose intolerant infants etc). In 2003, Corn Cereal Baby Cream is added to the JOTIS family of creams.

In 2004, JOTIS launched people’s favorite flavors, prepared in the fridge. Corn Cereal in the Fridge was made with milk and the purest ingredients and stands out for its velvety texture, for its delicious flavor and the fact that is available in 3 flavors (vanilla, Chocolate and Cream-Chocolate). The Caramel cream with caramel and the famous velvet, cool cream, the chocolate and fluffy champagne cream, and the Tiramisu, with the authentic recipe and the special taste of Mascarpone cheese, have won the public’s preference. 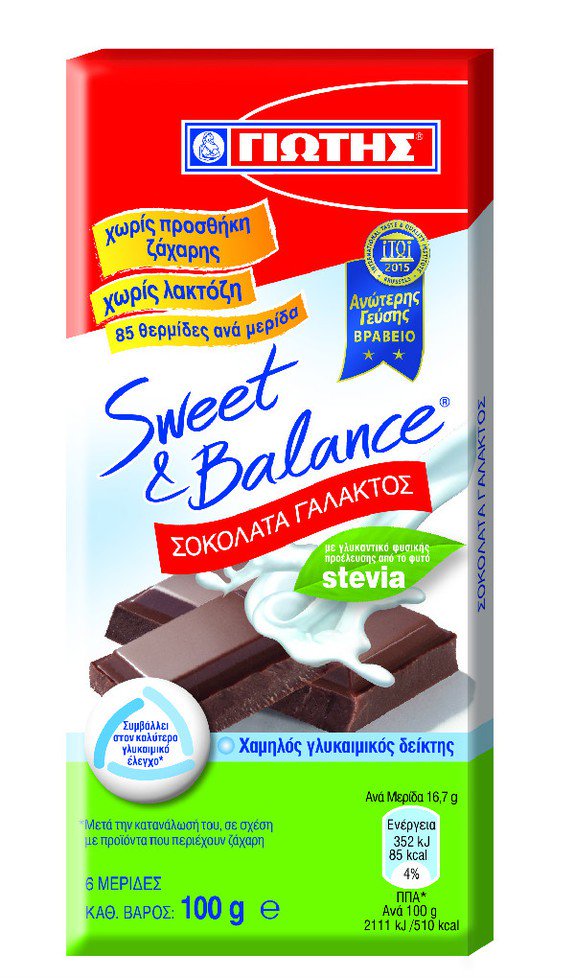 JOTIS constantly seeks new proposals that are in line with modern nutritional conditions. So, in 2009, a milestone for the company, with very important and strategic developments, was launched by the innovative Sweet & Balance dairy series of desserts, products created for those who live without sugar but do not have to live without sweets. In the same year, JOTIS, with the aim of developing and expanding its nutritional proposals to consumers with products of high nutritional value, proceeded to the FYTRO market, a full range of products of high nutritional value that meet the needs of the modern consumer and have beneficial benefits for the organization and quality of life in general.

Later, it acquired the organic products of BioOrganic. This new series consists of products made from raw materials that meet all the requirements of Organic Agriculture, as they are certified by the Organization for Control and Certification of Organic Products. It has also expanded the range of Sanilac specialty milk with the hypoallergenic milk of the Sanilac powder for babies. 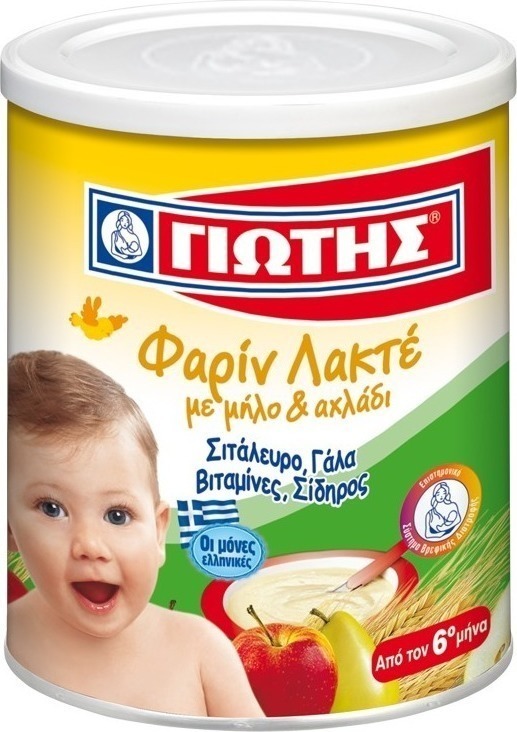 The company’s motivation is the continuous creation of innovative products based on natural raw materials, always ensuring their excellent quality. Products with high nutritional values that will be used daily in every home and will meet the modern needs of the whole family. Its values are an asset to every product, every business practice, in every social responsibility activity.

The care shown in every step of its activities guarantees the purity of the raw materials and the non-negotiable quality of each product that it creates and has on the consumer daily. Innovation and leadership, in the light of the consumer’s future needs, characterize each new nutritional proposal, setting a sound basis for continuous development.

Above all, however, the JOTIS signature includes all the experience and know-how of a name that guarantees the most important value for the company and consumers’ need, the safety of its products.

Having adopted in its philosophy the dominant importance of its social role, the company consistently supports its long-term support to many organizations, including the Children’s Home of Peristeri, the feeding needs of the children of 5 nurseries, as well as the needs of breadlines, the Foundation for the Protection and Rehabilitation of Children and Young People with Mental Disabilities “Theotokos”, “The Friends of the Children”. Recently, the company has received an honorary distinction from the Association as one of the great sponsors to support its work.

In addition, the company repeatedly provides support to charitable foundations and associations, such as ELEPAP, the Smile of the Child, the Ark of the World and others. 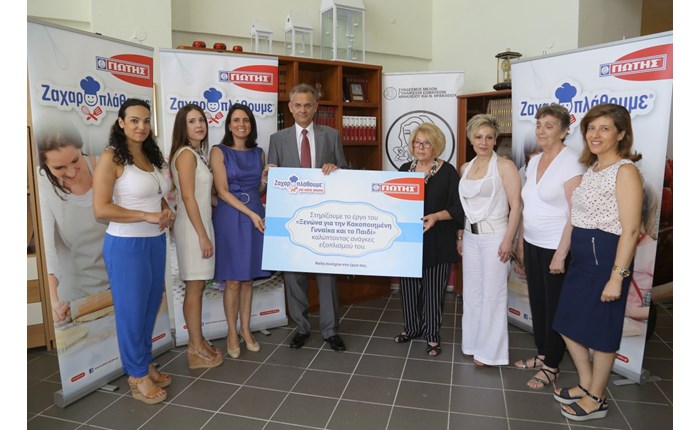 – Brand Product Award from the Commercial and Industrial Chamber of Athens, 2000

– JOTIS Award from the Foundation of the Hellenic World, 2005

– Sweet & Balance Innovative Product Award at “Made in Greece”, 2013

– Award -from “Friends of the Children”