The village of mountainous Arcadia with an Aegean-type beauty

Kastanitsa is a beautiful mountain village built on the slopes of Parnonas mountain, at an altitude of 850 meters, on a hill overlooking the castle-hill with the impressive view of the village. It is considered one of the most picturesque traditional settlements not only of Arcadia but also of the entire Peloponnese.

In the years of the Greek Revolution of 1821, the village and large groups of “Kastanitsiotes” (its inhabitants) took part in all major battles. On July 27, 1826, they gave their great battle from the castle and the surrounding hills against the Turks, which they won, thus saving Kastanitsa and themselves from certain extinction. 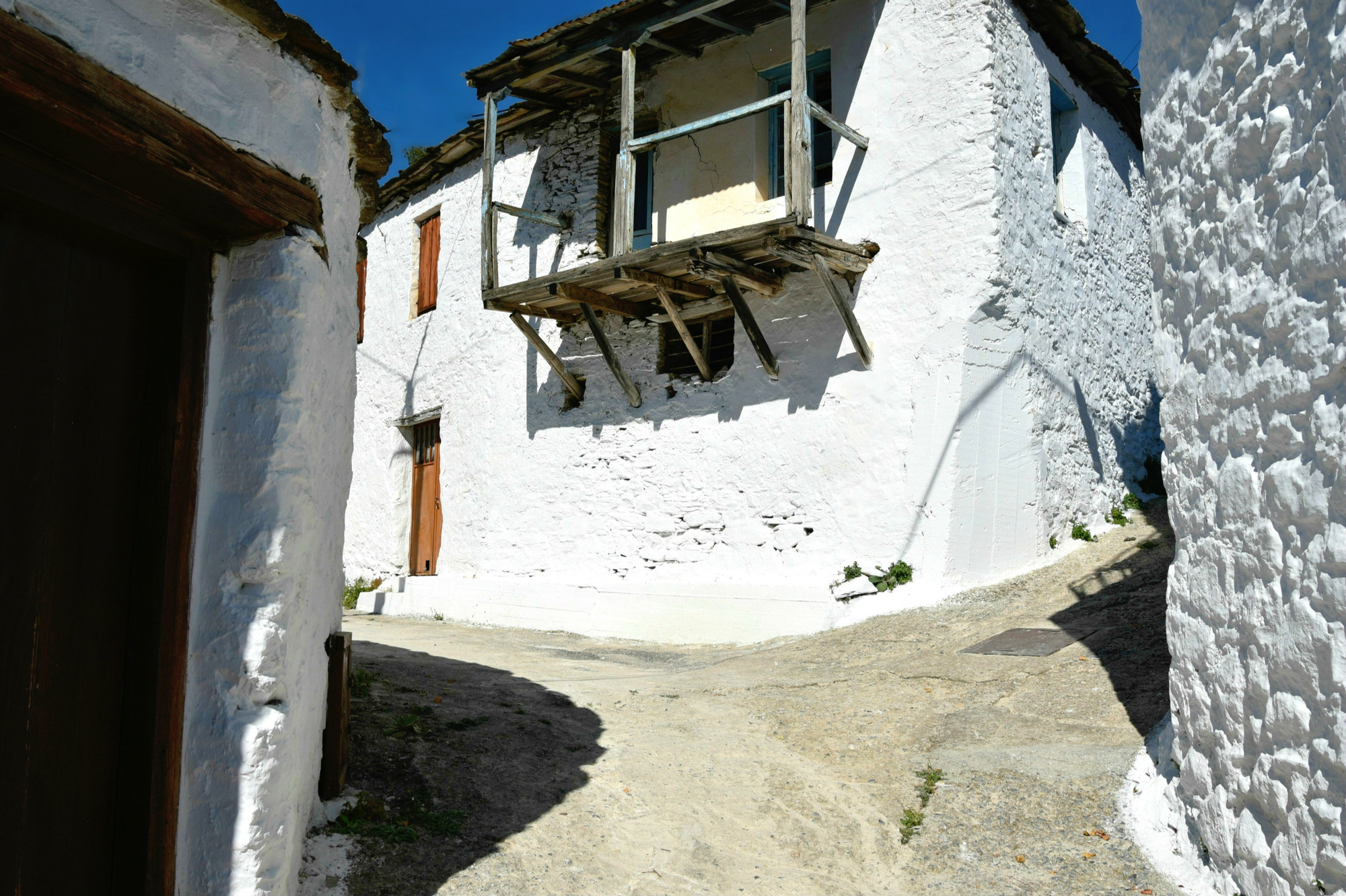 The element of Kastanitsa that instantly attracts the attention of the visitor is the large stone-built white houses, with their grey roofs made of the slate stone of Malevos, which in some places are like “hanging” from the rocks of the hill and down to the green ravine, while some others are hiding behind the leaves of hundreds of chestnut trees on the slopes of the road leading to the central square of the village.

It is worthwhile to walk through the scenic narrow streets of the village between the flower-filled courtyards and admire the authentic architecture of the houses. It is most likely that the predominant white color gives the impression that it is not a mountainous village, but an Aegean settlement that should normally be hundreds of kilometers away. 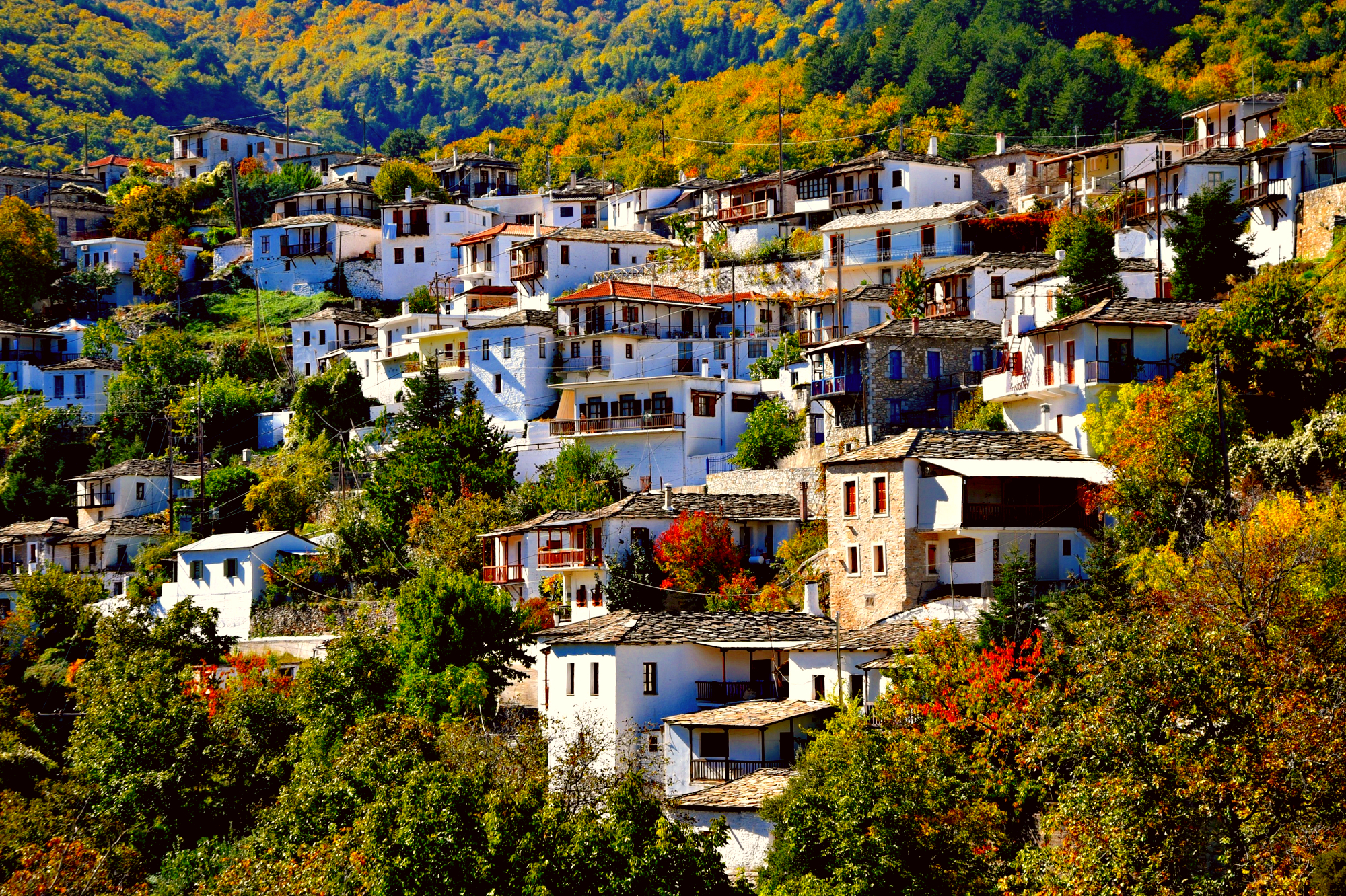 Kastanitsa owes its white color to the production of lime, which was previously very famous. Indeed, there was a period during which functioned thirty to forty lime that baked continuously lime and today operate just three to four of them.

But if its color is owed to lime, its name came naturally from the chestnuts and the neighboring chestnut tree. Previously, the chestnut harvest reached 500 tons, and even today, the chestnut of the area is renowned and is its main productive product, with nearly 4,000 acres of cultivated land. 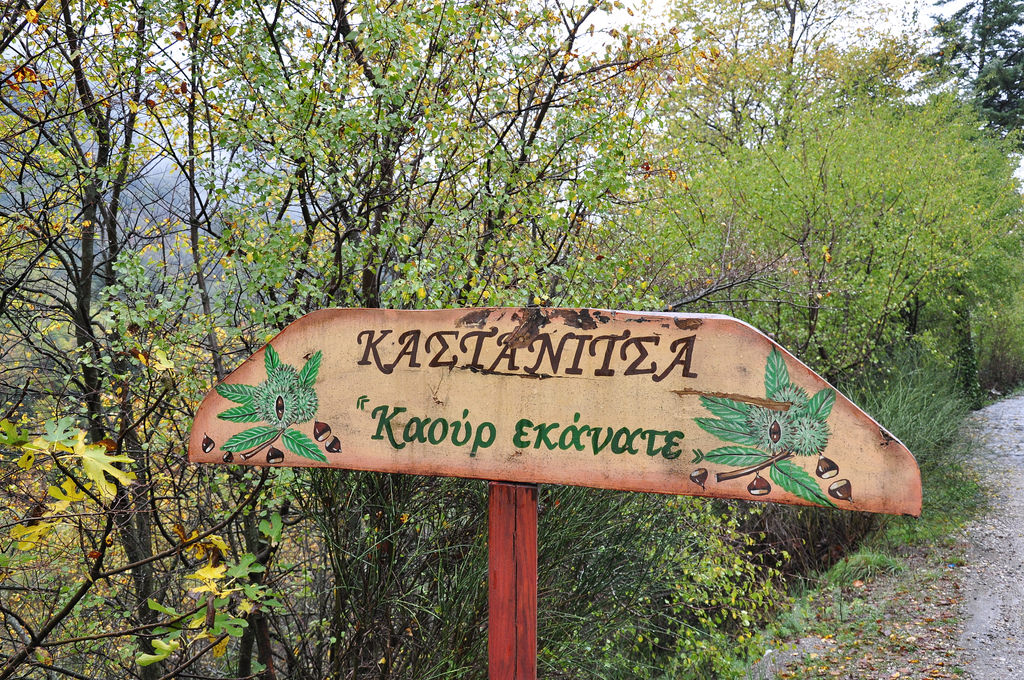 The established, since 1983, Chestnut Festival is held every year in Kastanitsa on the last weekend of October, but it has its roots in the late 18th century. The Chestnut Festival does not include in its menu only delicacies based on the delicious chestnuts of the region, but also dishes such as boiled gourd, bean soup, local sweets, mountain tea, wine and tsipouro, which are accompanied by traditional music and dances, while at the same time various cultural events take place.

In the village taverns, as well, many dishes contain the fine fruit: pork with chestnut, chestnut pie, etc. The village also houses the Kastanitsa Environmental Information Center, where you can find out about the history of the village (the oldest Tsakonic village of mt. Parnon), the Tsakonian dialect, the architecture and the natural monuments, the flora and the fauna of the mountain. In the basement of the Center you can see the exhibition of Traditional Professions. 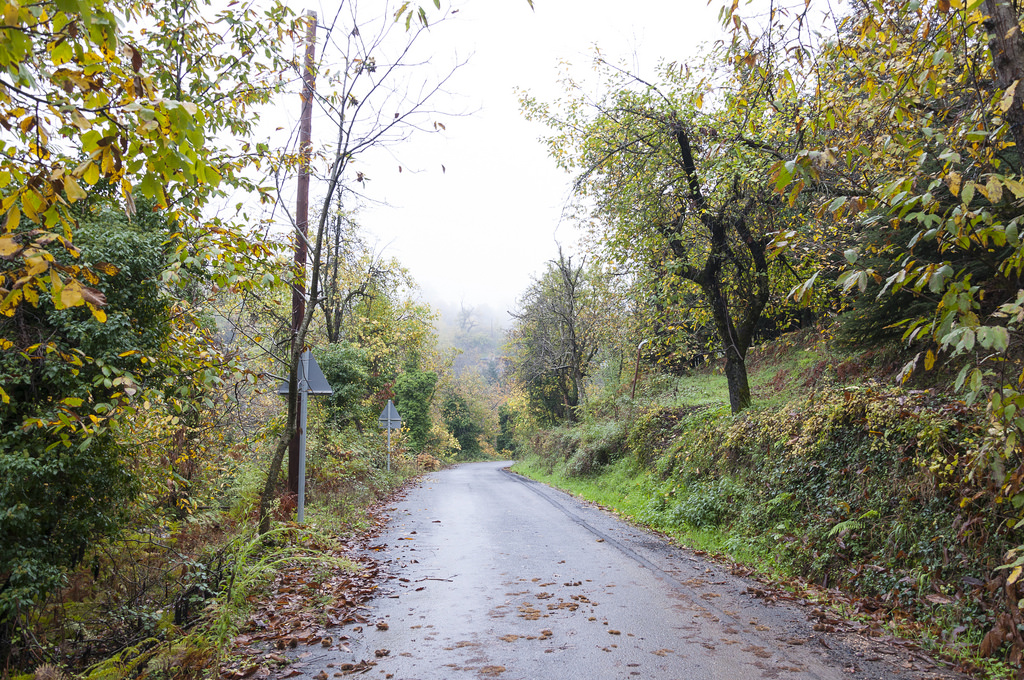 The access to Kastanitsa, after the asphalting of the road to Agios Andreas and the Argolic Bay, is now very easy and has contributed to the exit of the village from the geographical isolation in which it was located. Thus, perhaps the easiest route is through Argos, Astros Kynourias and Agios Andreas, where you will come across a sign for Kastanitsa. The distance from Athens to Kastanitsa is 198 km, while from Nafplio is 62 km. Finally, from the capital of the Prefecture of Arcadia, Tripoli, Kastanitsa is 70 km away via Kato Dolianoi and 66 km via Saint Peter. 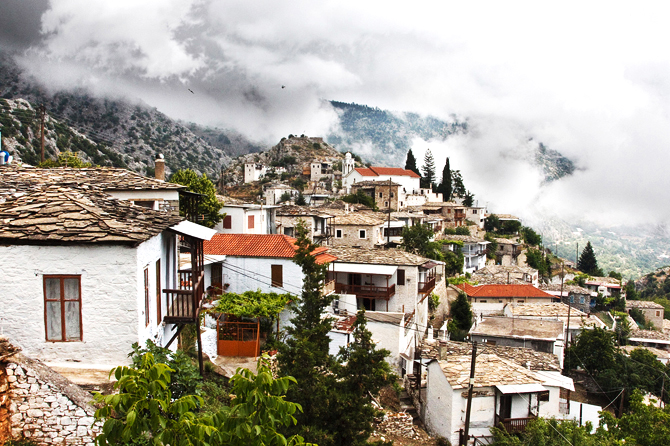 The settlement of Kastanitsa, characterized as traditional and preserved, is ideal for relaxation and isolation. The view from the hill -and the castle- at the top of the settlement, as well as the renovated square, is excellent. Around it lies a dense and virgin forest of fir and chestnut trees, while its twenty – thirty permanent inhabitants are mainly involved in the production of chestnut. In Kastanica, some of the oldest speak the Tsakonian dialect.