Between mountains and sea

Astros is a coast county located at the south-east section of Arcadia Prefecture, at a flat area near the Argolic Gulf coast, 44 kilometers south – east of the city of Tripolis. It is the seat of the North Kynouria Municipality, whose population is 10.380 people.

The first official reference to the city with the name “Astros” is met at a bull of the year 1923 by the Emperor Andronikos B’ Palaiologos. Astros played a leading part at the Revolution: on March 29th, 1823, the B’ National Assembly was formed there, under the presidency of Petrompeis Mavromichalis, to vote for the revision of the first Greek Constitution of Epidavrus.

The seaside Astros, Xiropigado, the regionof Meligous, the beach of Vervenon, the beach of Saint Andreas, mountain Parnonas and Kastanitsa are beautiful destinations with cultural and religious monuments.

The region is characterized by the beautiful mountains and the sea where the olive trees meet the dark blue colour of the sea. Beautiful beaches with clear waters are ideal for long swims and vacations of high standards

– The first official reference at the citys name “Astros” is found in a 1293’s official document of emperor Andronicos Palaiologos the second.
– It’s 169 klm away from Athens (2 hours), to 30 klm grom Nafplio (30 min) and 40 klm from Tripolis (40 min). His name comes from the stellate shape of the hill in its north side, which tis called “Island”. 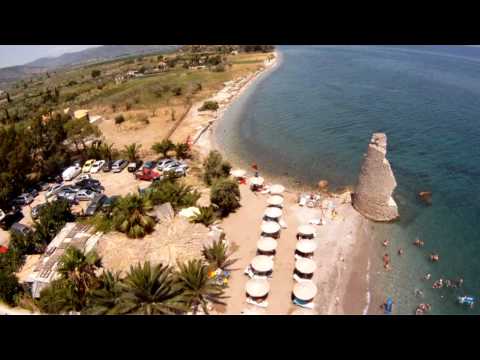