Nadia Tassopoulos (mostly known with the name Nadia Tass) is a Greek director, born in Florina, Greece, in the village Lofoi (which actually means hills). She was raised there until the age of 7, when she migrated to Melbourne, Australia, along with her parents. She started her career as an actress in the acclaimed TV series “Prisoner,” which ran for an unprecedented 692 episodes, while simultaneously directing in Australian theatre. Her 1986 debut feature “Malcolm” was a worldwide smash, winning 21 international awards and 8 AFI Awards. It starred Colin Friels and John Hargreaves with a soundtrack by the renowned Penguin Cafe Orchestra. It went on to win an unprecedented eight Australian Film Institute Awards (including Best Film, Best Director, Best Actor, and Best Supporting Actor and Actress).

She has directed more than 15 films, tv series and tv movies in her career, among which are: “Malcolm” (1996), starring Coling Friels, Lindy Davies and Chris Haywood, “Rikky and Pete” (1988), “The Big Steal” (1990) which won many awards, “Pure Luck” (1991) with Martin Short and Danny Glover, the very famous “Amy” in 1997 with Rachel Griffiths, Alana de Roma and Ben Mendelsohn, also awarded with many great prizes, “Mr. Reliable” in 1996, “The Miracle Worker” in 2000,  the tv movie “Samantha: an american girl holiday” with Mia Farrow and AnnaSophia Robb in 2004, “Matching Jack” in 2010 with Jacinda Barrett and Richard Roxburgh and “Fatal Honeymoon” in 2012 with Harvey Keitel, Amber Clayton and Billy Miller, and many many more. In fact, “The Big Steal” is considered an Australian Classic. With this film Ms. Tass swept the Australian Film Institute Awards winning three and being nominated for six more. The film was a huge international success.

She was recently awarded with a very important award, probaly the most important in Victoria, for all she has offered until now to the Australian cinema. “Nadia is one of the best directors I have ever worked with”, says famous actor Harvey Keitel, with whom they collaborated in “Fatal Honeymoon”.

“Without this crisis, Greece would walk to a probably unrealistic path”, says Nadia Tassopoulos at a previous interview about the economic crisis in Greece in the newspaper To Vima. “Now things have changed. Facing this huge problem, each and everyone of us should recognize his powers, possibly some new powers that he hadn’t realized until now, and use them. In other words, the bubble in which Greece used to live until now has burst, and the rising question is: can we be saved, and how? However, if this crisis didn’s exist, there would be no reason to work hard. And this is where the state should play an important role. Because the state should support you when you need courage and strenght”, adds the famous director. 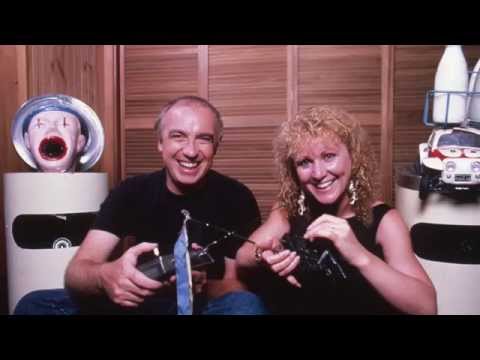