A creative and one-band man

George Milias is the versatile instructor, mountain guide and climber, with keen mountain, kayaking, skiing and climbing activities in Greece, France and the United States. He has also authored and published books on sports-related to nature and education in Chemistry, Biology and Ecology.

He was born in Athens in 1958, while literature entered his life nine years later when he began to passionately read whatever book he stumbled upon. He started with the classics of Jules Verne and ended up in his parents’ library with Kazantzakis and Lountemis, Steinbeck and Hemingway, as well as many others – often marginally fit for his age, as he says. 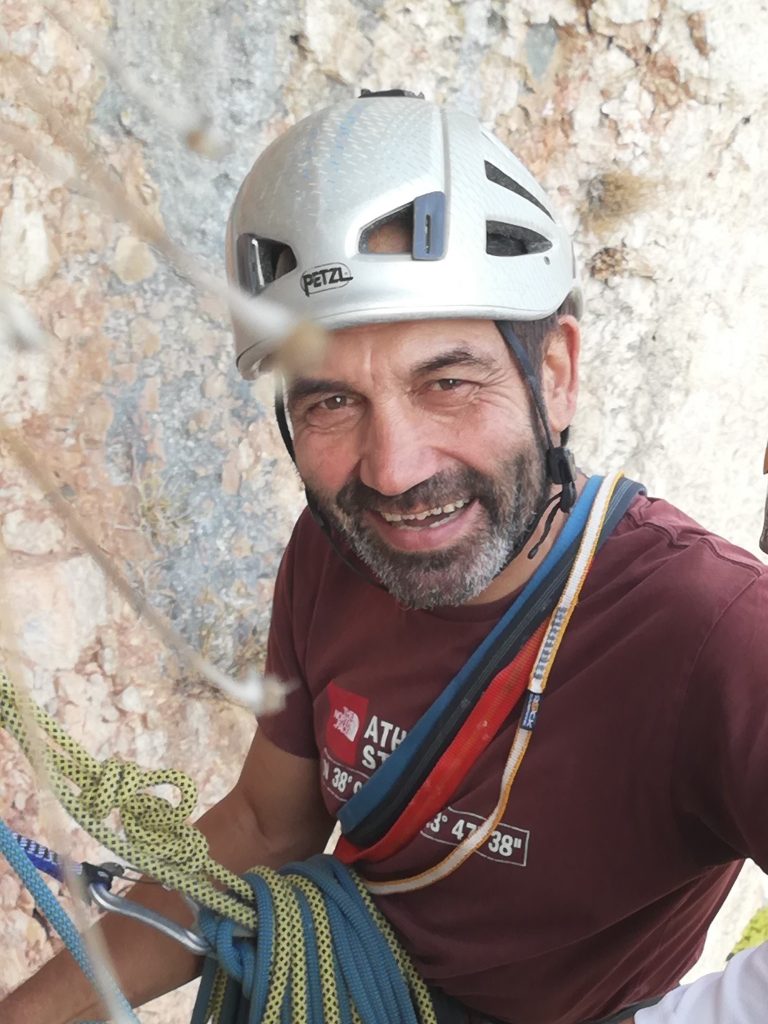 He came in contact with the mountain as a kid, along with his brother, Ion, by skiing. In the 1980s, mountaineering came into view and, in 1988, along with Chlorokosta – Zafiropoulos went down the “Elevator” to Vardoussia, the first high-speed skiing route in Greece. He and his brother were athletes of the downhill skiing of the Athenian mountaineer and later, he became a member of the national men’s team.

At the same time, on the weekends, he made excursions with members of the mountaineer association for training on mountain trails in Parnitha and thus began to love the mountain.

1987 was the year that he literally devoted himself to mountaineering, climbing almost daily and constantly thinking of rocks, routes and difficult movements. Consequently, increasingly difficult mountains, skiing and climbing followed. Especially for climbing, he has repeated important routes and has opened dozens of new ones – some of which have become classic.

In 1993, he became a mountaineering trainer and, in 1998, a mountain guide of the EOOA. In 1996, the Milias brothers created MILIAS CAMPS, a company that organizes outdoor sports excursions, and in 2005 built their own facilities in Parnassos, MILIAS CAMPS VILLAGE, a hostel that is now their base. 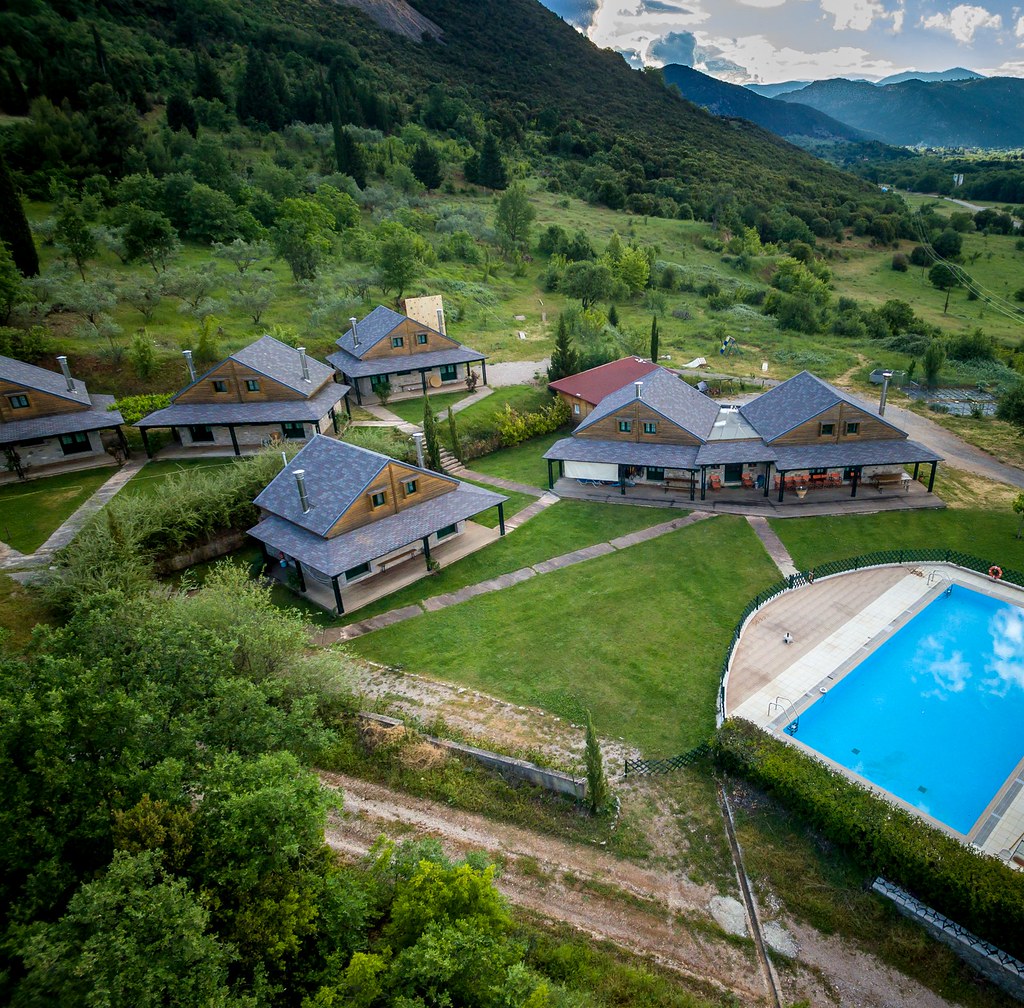 These innovative programs for students aim to help them get acquainted with nature sports and, through them, to acquire ecological consciousness. These programs and trips became an example for teachers and parents alike and marked a turning point in Greece for more than 2,500 children and young people in sports such as mountaineering, skiing, rock climbing, kayaking and more.

Writing took an active part in George Milias life during his student years. As a climber and champion of skiing, he began to write specialized journals on nature sports. Since 1988, he has written numerous articles in magazines and newspapers, such as STATOUS, PANTHEON, KATHIMERINI-RESEARCHERS, PEOPLE, but also has always focused on children and young people, education and sports in nature. He has also been involved in the Library (House channel). 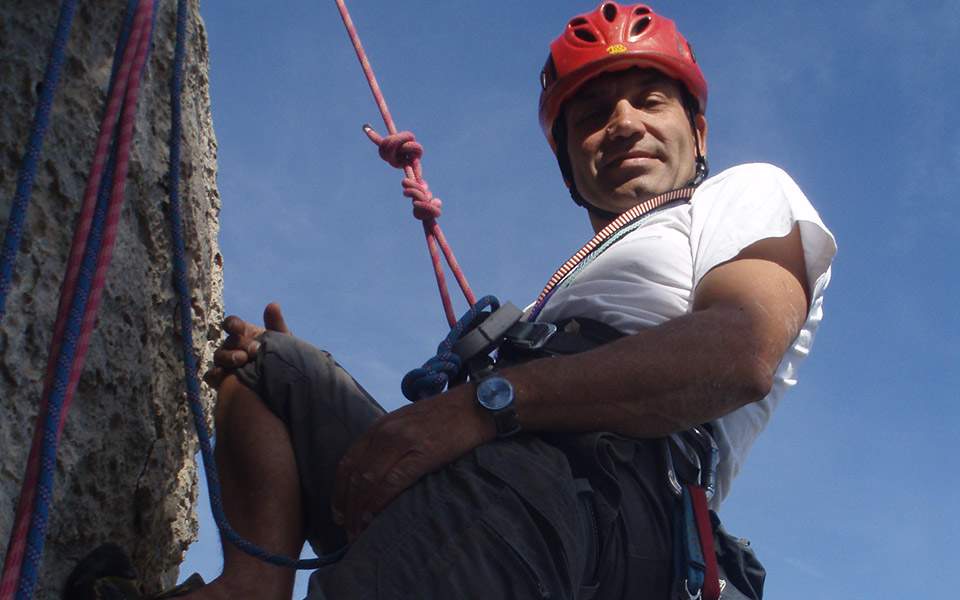 “My texts were quickly transformed into chronographs,” he tells Kathimerini. “Writing them, I felt I was giving others something from the pleasure I was experiencing on the mountain and the sea, that I was conveying ideas, enjoyment, reflection and a sense of freedom, something that continues in my novels.” 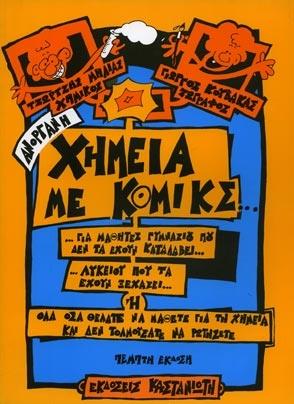 The lived experience of climbing routes on the slopes of Greece finds refuge in “Χαμένα Μονοπάτια (‘Lost Paths)’, the book released in 2019, combining elements of wildlife guide and thoughtful search. The book is a tribute to Greek climbers but also to the nature of Greece.

When asked about how the people he collaborated with inspired him, he replies, “My books’ heroes are real people. With some of them, I took my first steps on the rocks and on the snowy slopes, and I owe them a lot. Not just for practical help, but mainly because they inspired me and conveyed their concerns and their love for the mountain. They showed me how to be creative and have a great time with simple means, with all that Greece offers generously for free: mountains, slopes, rivers and seas. ” 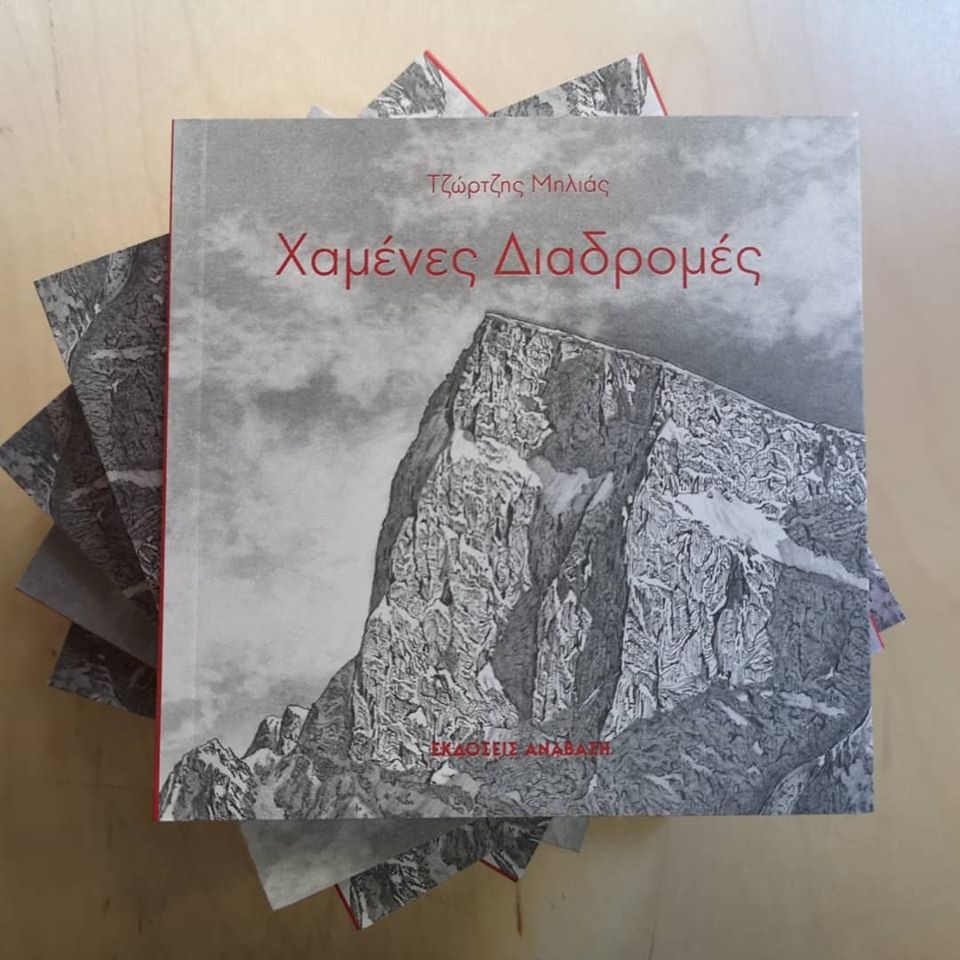 To link true events and provide answers about a lost climbing path, somewhere on the cliffs of Gamila but also on the existence of a mysterious nail on a slope of Mount Parnassus, he invented Claude. “But as the book progressed, the more I identified with Claude. Twenty years old with Claude, when he was thinking only of mountains and climbing, with Claude at seventy and something, when an old man returns to the scene of an accident that marked him forever, trying to find answers and serenity. With him, and with me, at every turn, the hero of the “Fall” of Albert Cami, a beloved hero who is morally crushed and wonders for good and for bad. ”

Having mapped and climbed the Greek territory, he distinguishes and shares some of the routes he has crossed, such as the one in Symi, where he opened, many years ago, in memory of his father, just above a favorite beach where he took his brother and him for snorkeling when they were children. 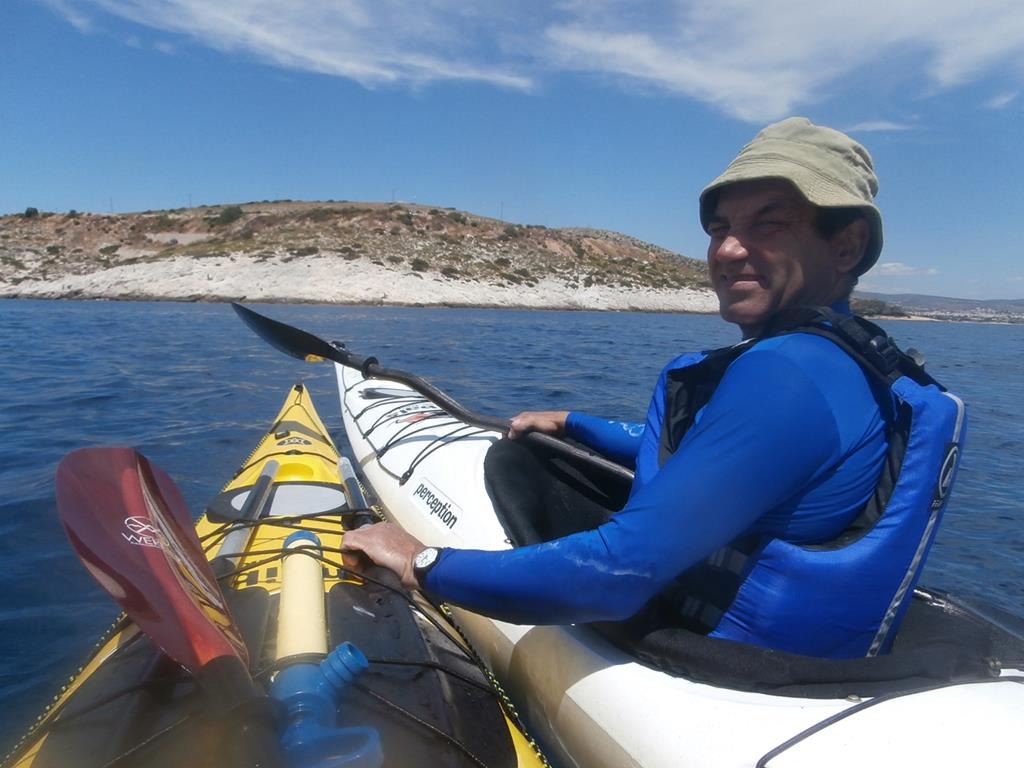 He also remembers Parnassos and Giona the routes he has opened and which is often repeated by other climbers – which gives him great joy. In California, at fifty-seven, he and his friend, John Tsitsiklis, a professor at MIT, climbed a huge route at the famous Half Dome in Yosemite National Park. A route with long and difficult access, high altitude difference and few points for proper insurance. “But the most challenging for me are the routes I have not yet opened,” admits the Greek climber.

Today, as far as climbing is concerned, he’s still exactly where he was in 1987 when it first started. “To understand, I put my eyes on a steep hill in Parnassos, a 220-meter cliff, which no one had yet attempted to climb. So, in my sixties, along with a newer ranger than me, we completed a new route and called it “Sixty Shades of Gray”. Sixty me, gray rock and a lot of hassle, so much that it made us wonder whether, and if, we are normal people. “