George Petrou is one of the most distinguished orchestra directors – conductors with an international career and regular appearances in major theaters and symphony centers, as well as collaborations with leading artists.

He is considered as one of the most important contemporary interpreters of 18th century music, with a wide repertoire, with emphasis on historical interpretation and opera. At the same time, he is equally successful in directing musical theater, he is an accomplished musician in many well-known lyric theaters and orchestral ensembles around the world, and has a rich discography. 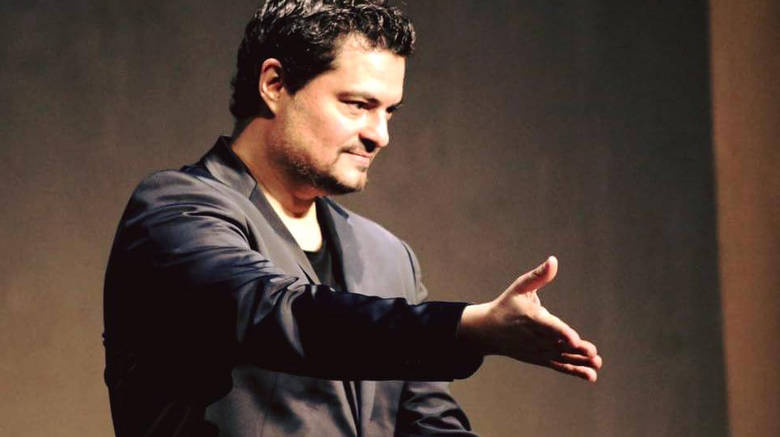 In September 2012, he took the position of artistic director of the “Friends of Music – Armonia Atenea” Orchestra and with his work there succeeded in making significant strides abroad.

Under his direction, the ensemble, adopting the international name “Armonia Atenea”, has become one of the most important ambassadors of modern Greek culture abroad, with triumphant appearances in major events -such as the Salzburg Festival, the BBC-PRO Klara Festival- but also in famous European halls and theaters, such as the Royal Opera House of Versailles, the Peleuil Hall, the Bozar in Brussels, the Palau de la Música of Barcelona and the Tchaikovsky Hall of Moscow.

In an interview he stated that music has always existed in his life. Although not originally from a musical family, he had a keen interest in fine arts from a young age, something that his supporters particularly appreciated. It is strange that without even knowing music, as a child he liked to smash shop window displays with classical music discs. However, music was not always his first choice. He soon became acquainted with theater and opera. He was eventually won by the piano, on which he later focused in his postgraduate studies. 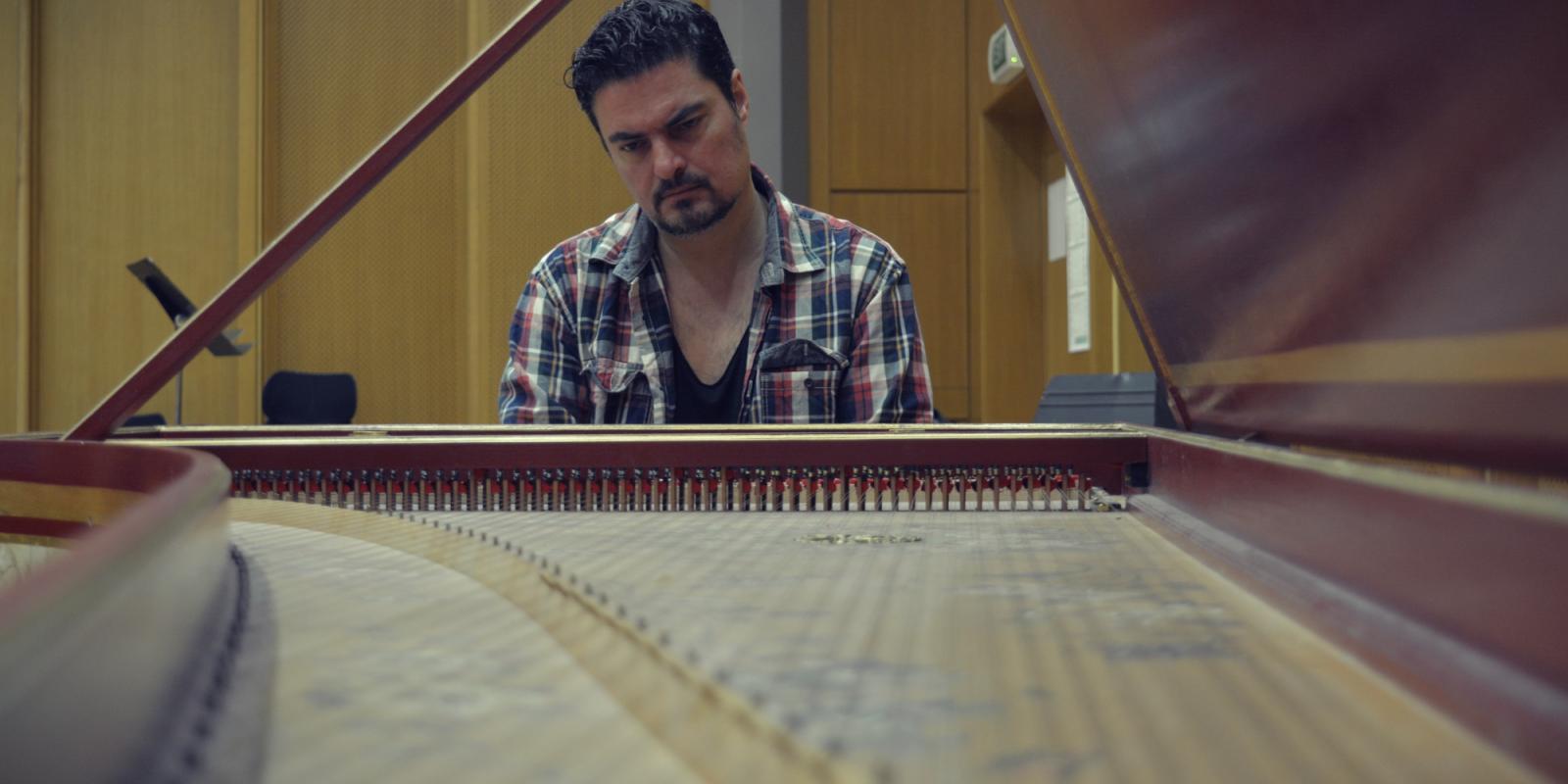 His nomination in 2017 for a Grammy Award for Best Opera Record for his performance in Händel’s “Ottone” was one of the highlights of his career. Petrou’s interpretation of “Ottone” was recorded for DECCA with the Italian band Il Pomo d’Oro (interpreters: Max Emanuel Cencic and Lauren Snouffer, produced by Jacob Haendel).

The other four nominees in the same category were composers Valery Gergiev, Gianandrea Noseda, Hans Graf and Lothar Koenigs. The 60th Grammy Awards were held in January 2018 at Madison Square Garden, New York. Mr. Petrou was nominated for a Grammy for the first time, but he is also widely recognized for his recordings: Echo Klassik, Gramophone – Editor’s Choice, Diapason d’Or and BBC Recording of the Month. 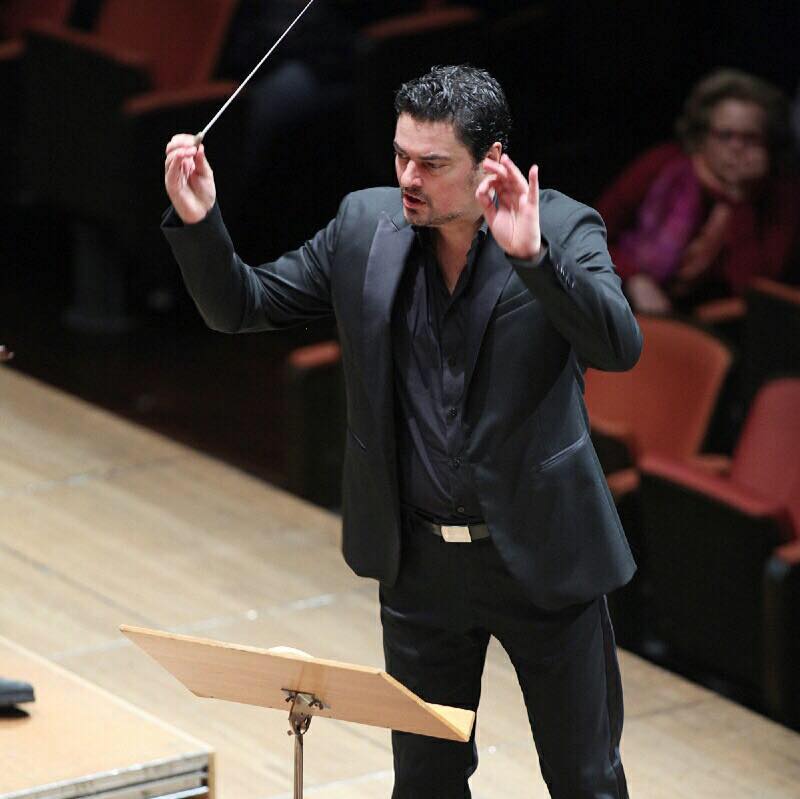 For his artistic contributions in general, the Royal Academy of London awarded him the title of Associate (ARAM), while the French Government honored him with the honor of the Knight of the Arts and Letters.

His new big breakthrough career is taking the position of artistic director at the Internationale Händel-Festspiele Göttingen, one of the most renowned and oldest Baroque music festivals in the world, from 2021 – 2022. 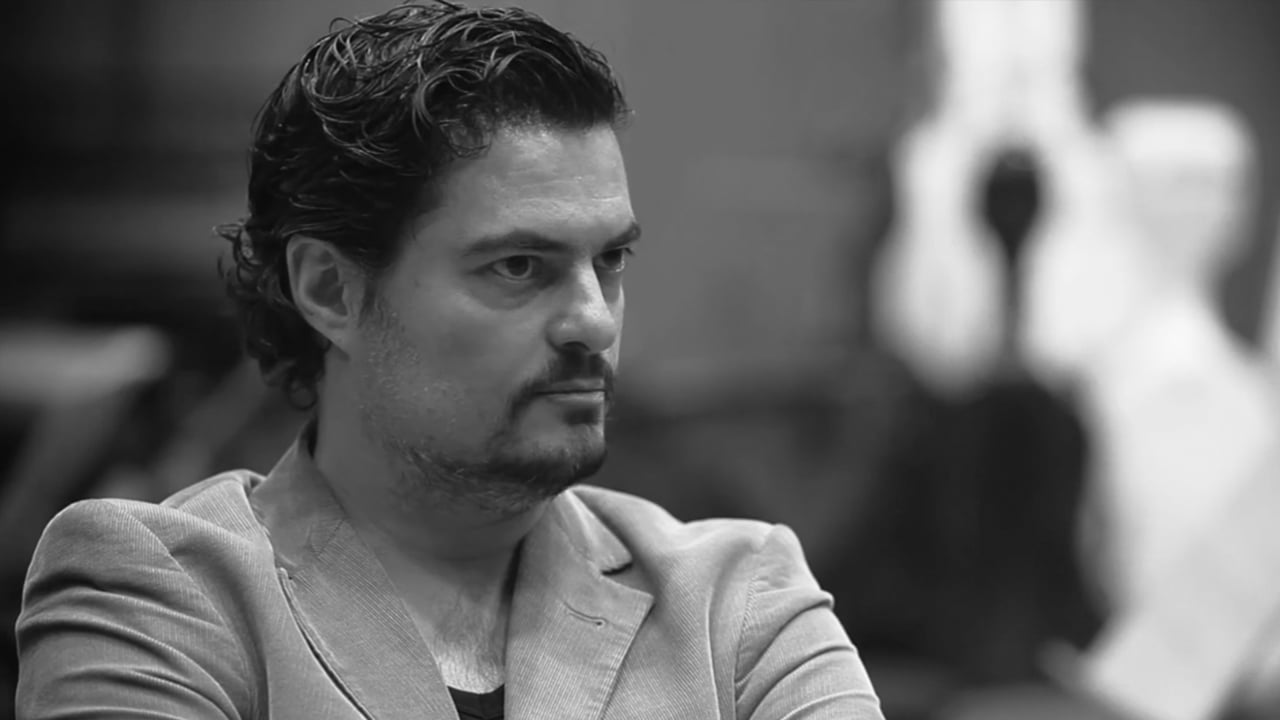 The renowned Greek conductor took the festival’s direction after his election to the post of artistic director of the Supervisory Board and Selection Committee which was attended by prominent figures of the world music scene, specializing in classical music.

Among them is Professor Dr. Wilhelm Krull, President of the Council and head of the Commission, said: “In the face of George Petrou we have found an excellent, internationally recognized successor to Laurence Cummings. Peter has the potential to help keep the festival shining on the international music scene in the 2020s”. 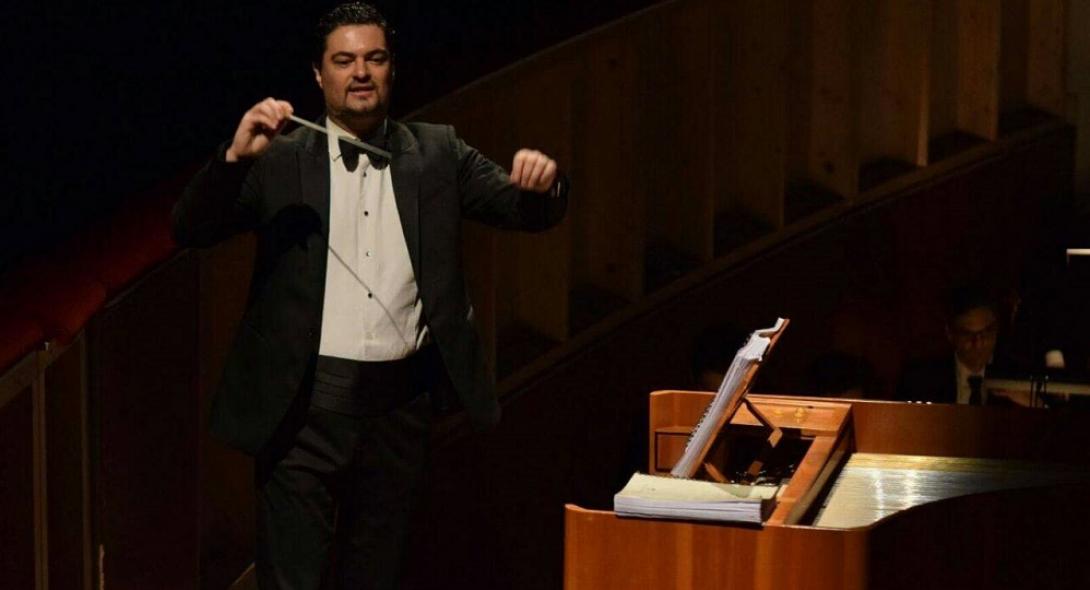 The statement by Wolfgang Sandberger, president of the Göttinger Händel Foundation, was also enthusiastic: “George Petrou is a brilliant, lively Handel interpreter. I’m thrilled that Peter was elected Artistic Director of the Festival. Already, the prospects open after 2020, which is an anniversary for us, are excellent”.

The Minister of Science and Culture of Lower Saxony, the Mayor of Göttingen, the Head of the Regional Office, and the Head of the District, Dr. Gettinger, also welcomed the appointment of the leading Greek marcher as the Artistic Director of the Handel International Festival. Martin Balleer, President of the Händel ests Festspiele International Foundation.

The decision was also welcomed by the festival’s current artistic director, Laurence Cummings, who stressed that “With George Petrou, the festival and the orchestra are in the best hands”. This festival was founded as an institution in 1920 and aims to show the works of Händel, through documented historical interpretations. 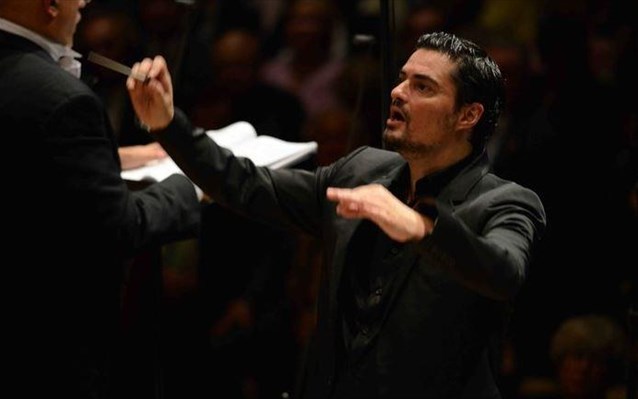 George Petrou and “his” Camerata returned to Baroque opera carrying the famous opera of Händel’s “Alcina” at the Herodion Theater in July 2019, as part of the Athens Festival. After several years in directing and directing musicals (Sweeney Todd, Company, West Side Story, Kiss Me Kate) and Operetta (Baptist) in 2019, she chose “Alcina”, one of Händel’s top operas. The version that was presented at Herodion moved between the modern era and the extravagance of the Baroque opera, creating a world of magic and a fairyland.

“It is a magical work, literally and metaphorically. We consciously decided to return to the baroque opera after a creative time in the musical. Perhaps the regular involvement of the orchestra in major overseas Baroque opera productions (Alessandro, Arminio, Siroe, Polifemo) made us think that at home we should explore but fields. Alsina is now our new challenge. It is a deep psychological work with many levels”, said Mr. Petrou. 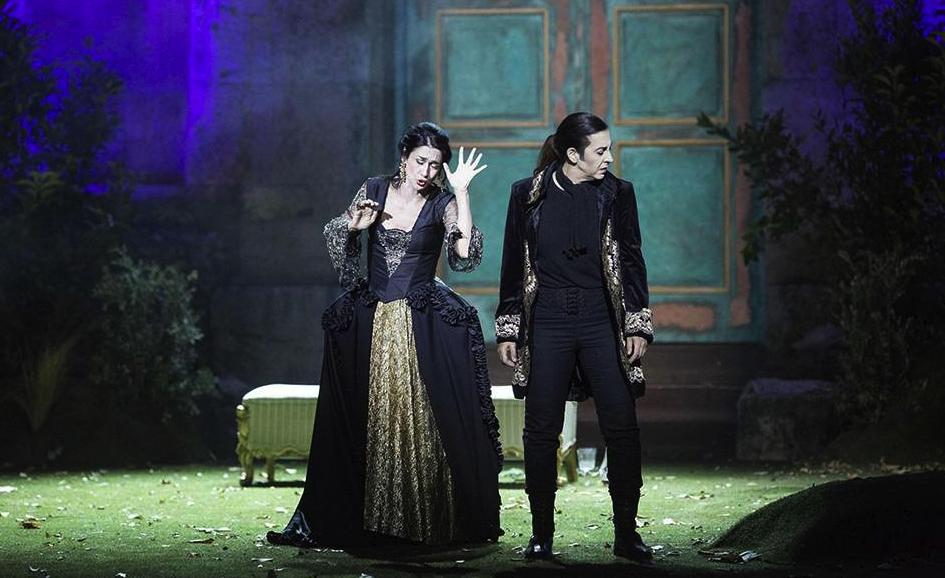 “The witch Alcina transforms her lovers into animals (see Kirk). When superhero Ruggero arrives on her island, Alcina discovers true love. But for fear of losing him, he keeps her close to her with tricks and not his own free will. This is also her disgrace, which will lead to her and her seemingly paradise world being destroyed. All this within a thrilling musical world of incredible beauty, with Camerata playing instruments of the era, that is, instruments similar to those held by Handel in 1735, when the work was first presented in London. The instruments of the era, very different from the instruments of the modern symphony orchestra, are a journey of time that connects the exotic sounds of the past with today’s aesthetics, creating something very contemporary”, noted the distinguished orchestra director.

Mr. Petrou also emphasized the fact that Herodion is a place of unique beauty that brings the energy of legendary creators that have passed from his stage. The site itself is incredibly imposing and the Roman monument tends to cancel out any artistic interference with it. Having already experienced three stage productions in this theater, it is clear to him that one has to include the monument in any scenery. That is why, in July 2019, they created the paradise garden, behind which Herodotus himself becomes the palace of Alsina. The central gate was designed to Baroque aesthetics, while two huge “chandeliers” of oversized tree branches complement the magical scenery. 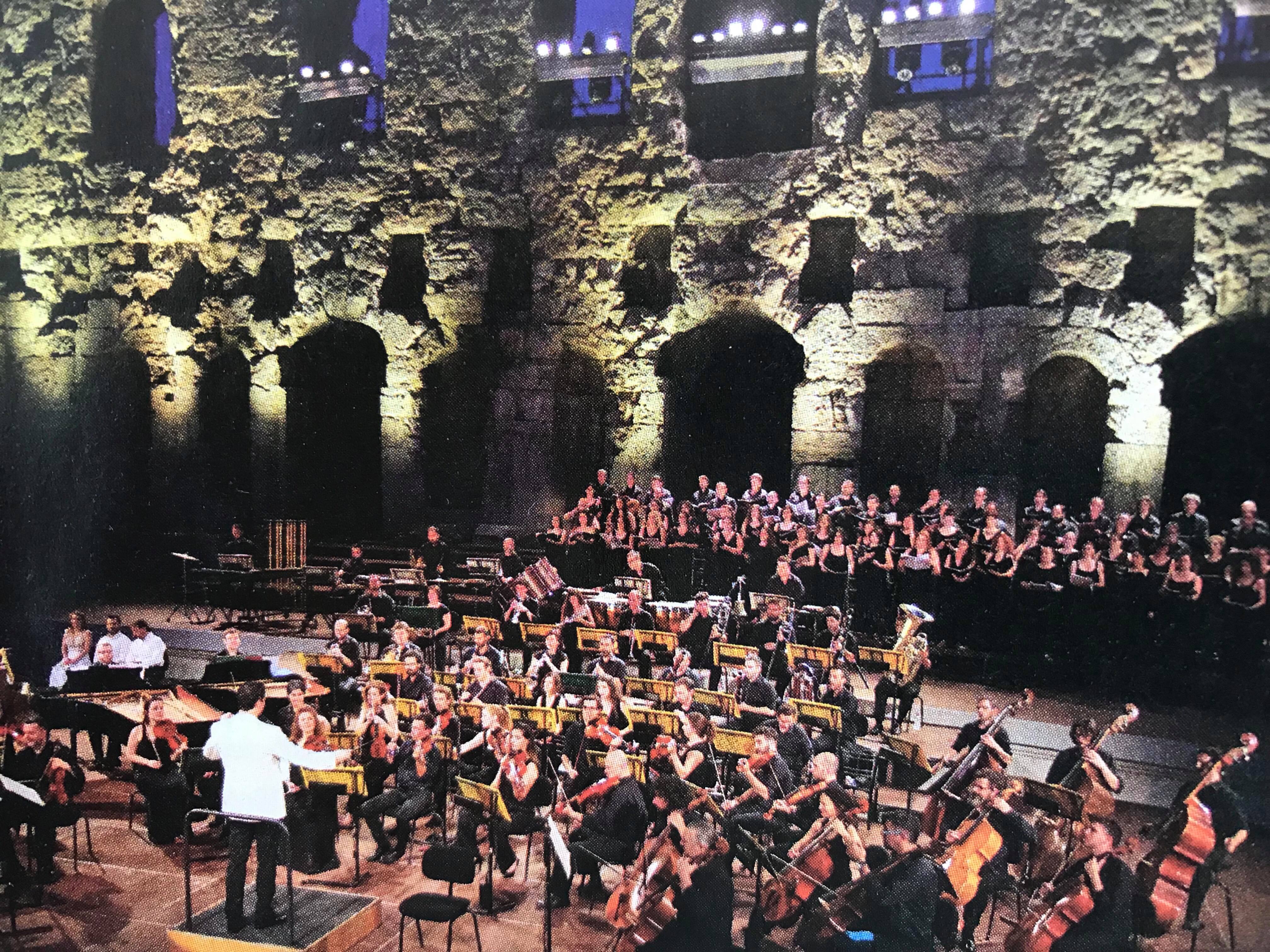 The Greek musician also said that “Baroque aesthetics, whether visual or musical, is characterized by the element of ‘excess’, that is, excess. Everything is inflated to create a sweet “overdose” of emotions. The joy becomes exaggerated. So too is fear, anger, hatred, love. Musically it is exactly the same. Especially through the pen of a music dramatist like Handel, the music flows to the soul in a unique way. Emotions are magnified over the course of the hearing, causing very intense emotions. Something that fits very well into our time, a time of extremes. So the art of the 18th century, especially passing through Baroque music, becomes particularly contemporary. It is thus explained that the baroque opera is experiencing a special boom nowadays internationally, with the public turning its attention to the field”.

Finally, he confessed that he owes a lot to Händel’s music, having received great moments of emotion and discovering a musical style that speaks to the heart as he puts his mind in a process of ascending to an increase in emotions and thoughts. Handel’s music is earthy (as opposed to his contemporary, Bach, whose music is heavenly). Handel, a theater and opera man, musically describes in the most masterful way the widest range of human emotions. This, combined with a unique musical drama, make his operas sound modern and speak to the human soul in a direct and meaningful way, as Mr. Petrou explained. 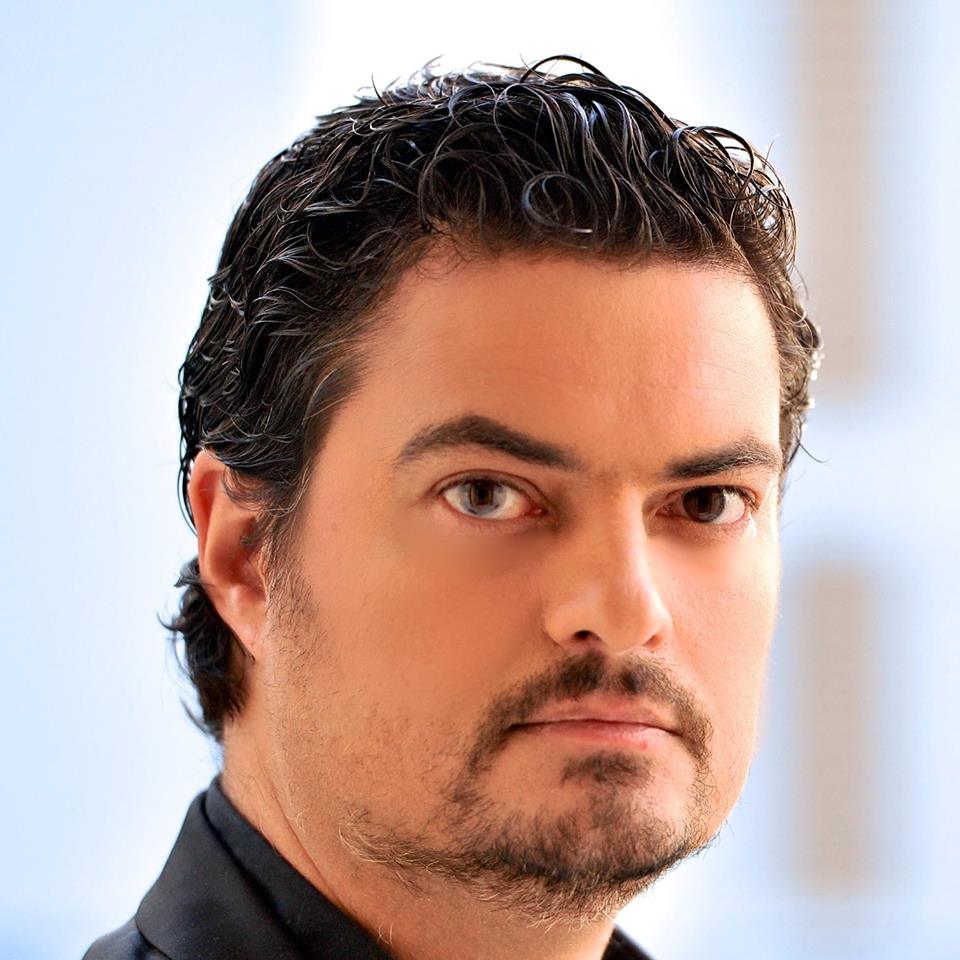 One of the most distinguished conductors of his generation, and one of the leading interpreters of Händel’s music, having to his credit an Echo Klassik Award, and a nomination for Grammy, the multifarious conductor George Petrou and “his” Camerata are transferring in the best way all this heritage into the 21st century and into new audiences around the world.