The top Greek baritone of our time

Dimitris Platanias is one of the most prestigious and distinguished barytones of our time, with top collaborations with great conductors, directors and protagonists. He performs mainly in the roles of Verdi and Italian Verissimo in the great theaters abroad, such as the Royal Opera House of London and the State Opera in Munich, as well as internationally renowned festivals such as the ones of Salzburg and Bregenz.

He was born on 4 December 1970 and grew up in Kalamata, which he loves deeply. He was involved with music since a child in the general context of student education that included the knowledge of a musical instrument and a foreign language. He received a diploma in guitar and a monody diploma at the Municipal Conservatory of Kalamata and received a degree in English Literature after ten years because his interests were different and he had already started making his first steps at singing. 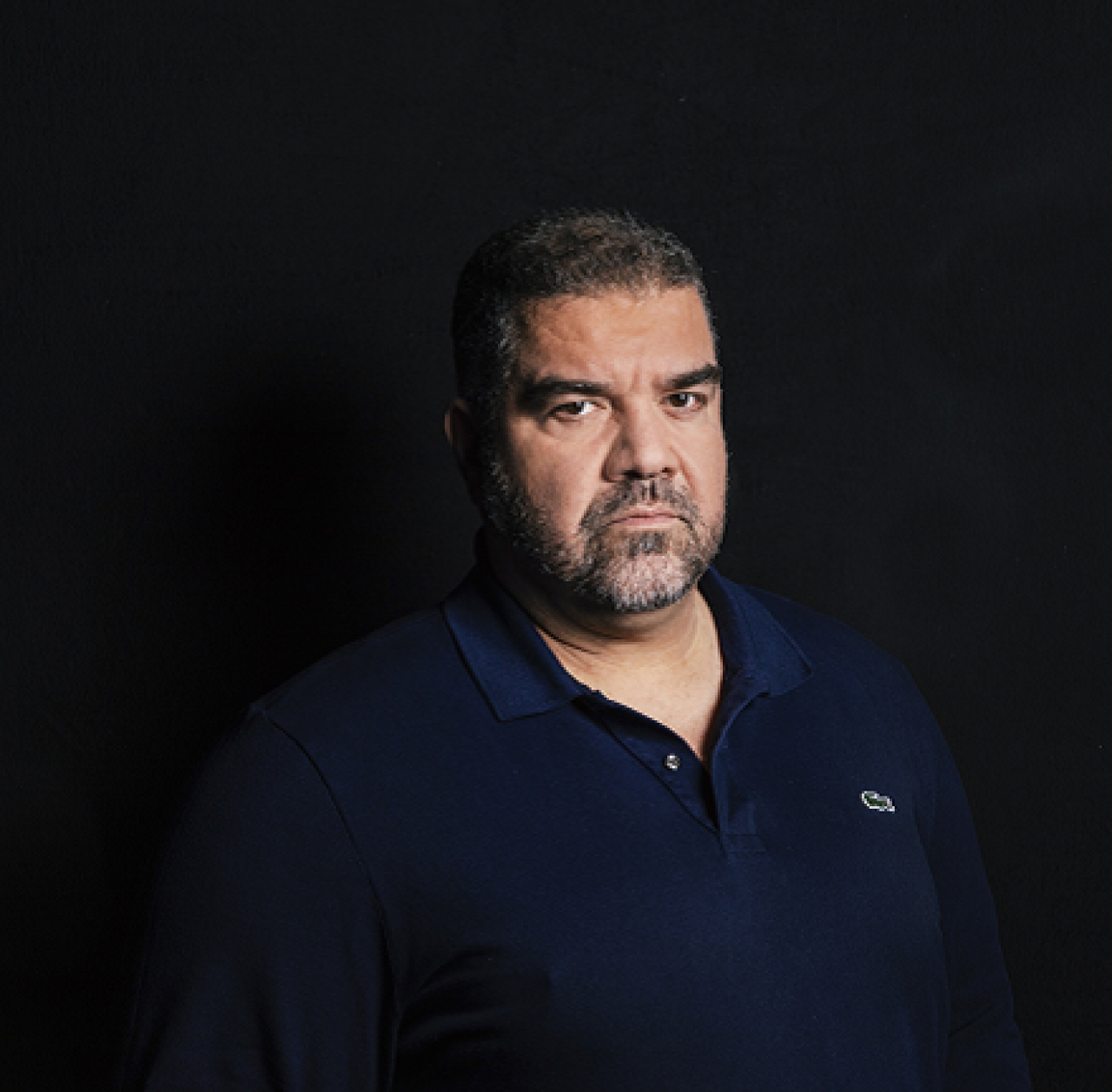 His first job was as a guitar teacher, which made him realized that working with children was not a job that suited him while singing saved him from a life he would not be happy with.

His voice, as he has said, is probably a legacy from his parents, who, although teachers in the profession, have been amateur choirs and well-known in the taverns of Kalamata for their impromptu feasts. Another influence was the fact that his father listened to a lot of lyrical music at home, leading to Puccini’s “Turandot” being the first album ever bought by the young Dimitris Platanias.

&nbspAfter a while he attended the first live opera he saw in his life, in Lyric, in Herodion, in the summer of 1996, he decided to test his skills at singing, without sharing the thought with anyone else but his teacher, Maria Marketou. He asked her to listen to him, and she was thrilled by the complexity and depth of his voice and urged him to claim the Triantis scholarship, which he acquired.

So, even though he had not previously traveled until the age of 30, he spent two years studying in Cremona, Italy, for private lessons with the wife of the top Aldo Protti, Masako Tanaka Proti, and since 2004, he has been studying with Aris Christofillis. 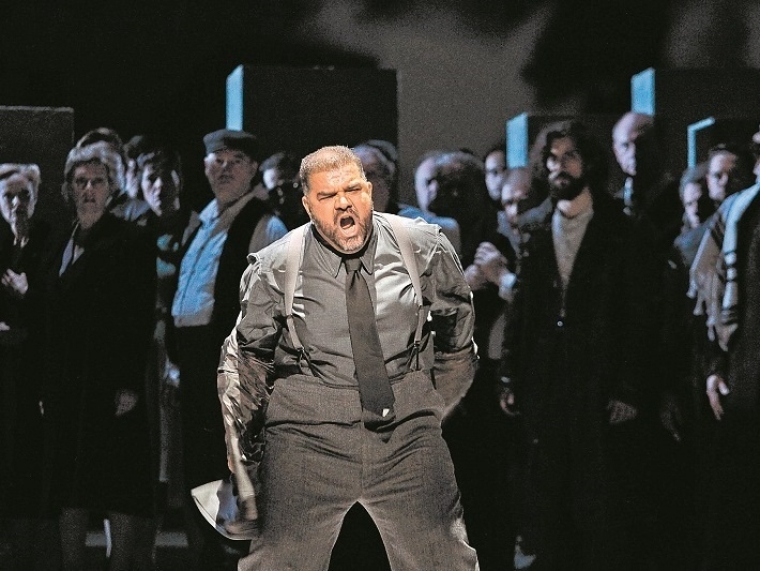 He made his debut at the Children’s Choir and Monody of the National Opera of Greece and, in 2004, on its main stage, without having ever attended any acting lessons, but choosing to act with instinct. In his first appearance, he played Alfio (Cavalleria Rusticana, 2004).

He never expected to make an international career, although, after the first years of singing, he felt he deserved an opportunity to try for it. His debut at the Royal London Opera with Rigoletto was considered triumphant and paved the way for his international career.

&nbspSince then, he has performed a number of roles, including Marcello (Boem), Figaro (Figaro marriages), Lord (The Master), Renato (Dance in Disguised) and Rigoletto, Amonasro (Aida).

He has appeared in great theaters and festivals around the world, such as the Venice Phoenix Theater, the Sao Carlos Theater, the State Opera in Munich, the Frankfurt Opera, the Monument to Brussels, the Royal Opera House of Bavaria, the Opera House of Florence Sofia Valencia, Stuttgart Opera House.

The top British media have repeatedly glorified him, with Guardian’s George Hall writing about his performance in 2012, “The performance of the baritone Dimitris Platanias in the role of Rigoletto provokes awe – with no trace of fatigue in his voice until the last desperate cry,” while Rupert Christensen at Telegraph noted “A baritone-real beast, with an amazing voice. The fiery power of his interpretation resulted in the solemn reception of the public. ” 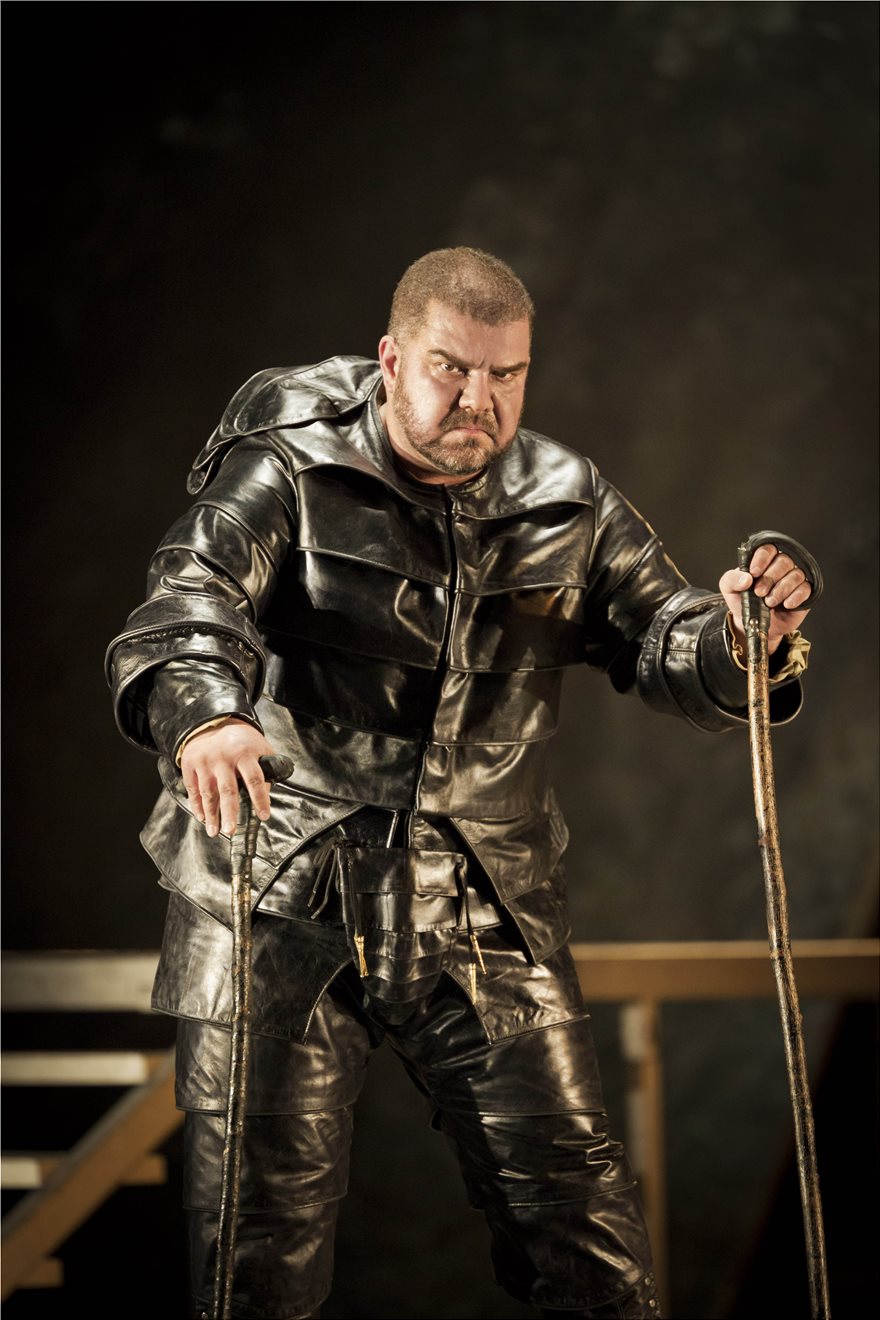 Richard Morrison of the Times of London said, “I have rarely heard Rigoletto’s role played with such fascinating power and this impressive stability,” while the legendary British musicologist and critic Rodney Milnes wrote to Opera Magazine “The most impressive singer was the baritone Dimitris Platanias, who can sing Rigoletto anywhere in the world: his voice has a charming warmth but also heroic tone and an impressive extent. ”

In 2019, he gave his first recital to the National Opera, where he experimented with new avenues and performed with popular arias of Mozart, Rossini, Wagner, Verdi, Masne and Verdi, accompanied by pianist Sophia Tamvakopoulou. 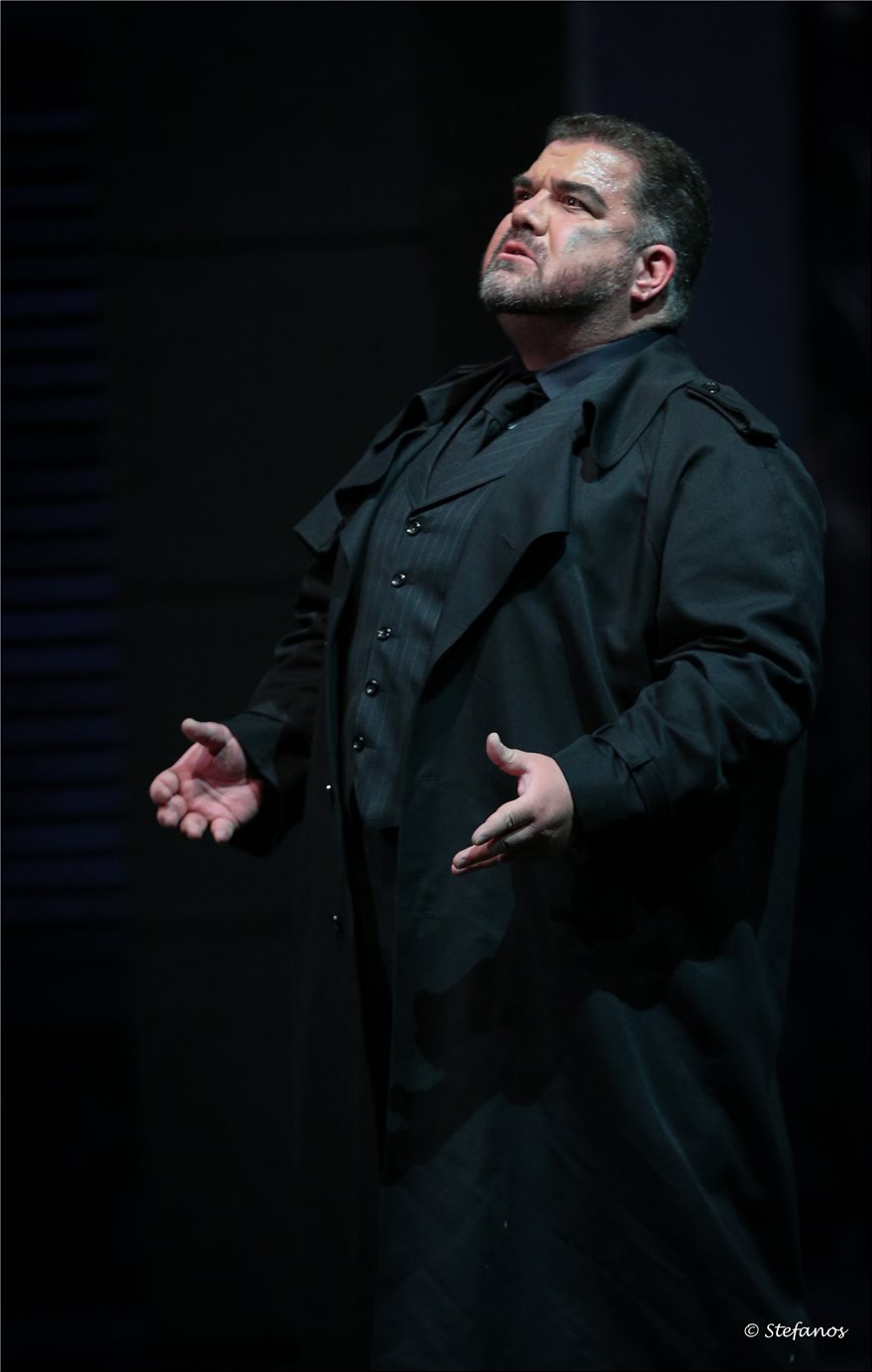 In the same year, he was chosen to star in Nabucco’s new production at the Hamburg State Opera, directed by the great Russian filmmaker Kiril Serebrenikov, who is at home confinement in Moscow. The unorthodox and almost novelist way of directing this production has become news in the world’s largest media, while the performance itself, in which the opera case has been transferred to UN conferences and refugee camps, has received particularly positive critics.

In this production, Nabucco is a powerful leader that resembles Donald Tramp. Dimitris Platanias wears a blue suit with a red tie and wants to make his country strong again by making innocent immigrants his target. Serebrenikov focuses on today, in a Europe that is overwhelmed by demagogues and anti-immigration. True refugees join their voices on stage with the Hamburg Opera Choir for the famous “Va Pensiero” Jewish chorus.

&nbsp”This production is very close to today because it touches the issue of refugees. The refugees of today, which resembles the refugees of that time. It was too immediate. The views of the photos were breathtaking. I was pretty moved by this show. But the most important thing is that it touches the world more and that’s important,” says Dimitris Platanias.

The top Greek baritone particularly loves Verdi, but he does not have a favorite role, as it is not easy to choose between so many great characters. “While I’m singing, I have no sentiment,” he said, “The cold blood probably describes the moment better. It’s not just that I’m overwhelmed by the exaggerations and I hate sappy. It is that feeling is a double-edged knife, a slip which is not allowed in great performances. If you make the mistake of getting carried away and give it more space, you lose control, often your voice. It takes a distance and, above all, an absolute balance. ” 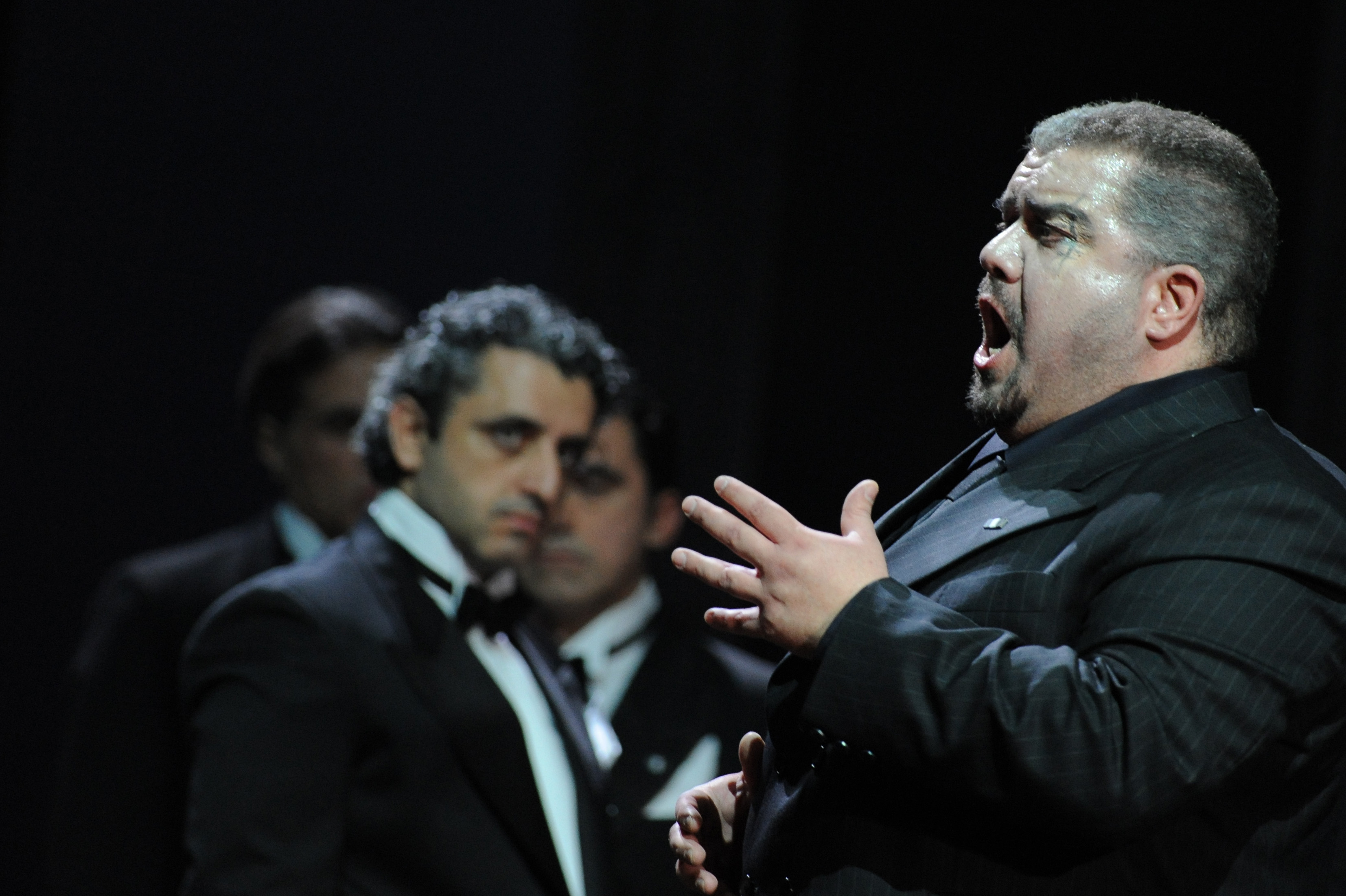 In the question of what really fascinates him in a role or in a production, he answers that when he has to sing a new role, the whole process is exciting precisely because he has nothing to do with the technical part, text, etc.) but instead with the music, the composer, the time, the history he has to narrate musically, in a more holistic view of all of them.

Yet even when he has to sing something he has done in the past or he sings often, the rotation of comrades, conductors, directors always makes things different and often more interesting.

As far as stress is concerned, he admits that he has the same amount everywhere, wherever he sings – regardless if it is small or big – and he automatically disappears once he goes out on stage.

In an interview, he has said he does not make the “champion life”, which often sounds like the lyric singers have to live by. He has no unreasonable demands or whimsical fantasies, and he is a person who does not justify all the glamor and “fanciness” that accompany the tenors and sopranos, he says. IOn the contrary, he wears the same t-shirts in different colors, “the same jeans, I have a house, a car, two suits and a tuxedo” and confesses that the greatest luxury that has been secured by the job is to be able to spend money on good wine and eating with those he loves.

In addition, when he is not going to sing for some time or it is not a rehearsal period, he feels no limitations. When confronted with a role, he becomes careful of his health, without this implying that he is following the daily routine of an athlete. Instead, “I need the reserves and the strengths of well-being to be able to respond to the physical and psychological pressure that the scene brings. ”

In 2010, he went through a serious episode with his heart, which for the first time made him afraid, as he had never before thought about losing touch with life. But it was not death that scared him; it was thinking, as the days went by and he stayed in the hospital, that the doctors would enter the room and let him know that he could not sing again. “I follow nothing from their instructions. Do you see what being human is? When they get away from danger, they forget everything. ”

The charismatic baritone has said he finds interviews horribly indifferent because he considers the process of talking about him to be unnecessary, and he prefers the world to judge him from his work rather than from his life. Moreover, he refuses to answer questions like “do you like Callas?” because he thinks it is like judging the Bible.