One of the most important photojournalists of the Associated Press

Photographer Aristotelis Sarrikostas was born in Kesariani in 1937 and grew up in Greece’s German Occupation period, during the Second World War, and in the Civil War that followed right after, in the neighborhoods of Kesariani. He was the youngest of the five brothers who lost their father in early age, but managed to survive in these difficult years with their mother, who was working as a home assistant managed to save her children from death by starvation.

Their luck saved them from cross-fire in the years of the Civil War. Nevertheless, he remembers with nostalgia the post-Civil War era. “We went to the neighborhood, we were playing free-riding hunting, hide-and-seek, and soccer with an impromptu ball, made of an old nylon sock of our mother, stuffed with other rags”, he said in an older interview with the newspaper Kathimerini.

An Associated Press photographer, a “narrator” of real events, as he says, on the occasion of his book “Living Dangerously” and flips the pages of his life and passion, photography. “I am a child of the German Occupation and the Civil War”, says Mr. Sarritostas, who explains how he initially engaged with photography. 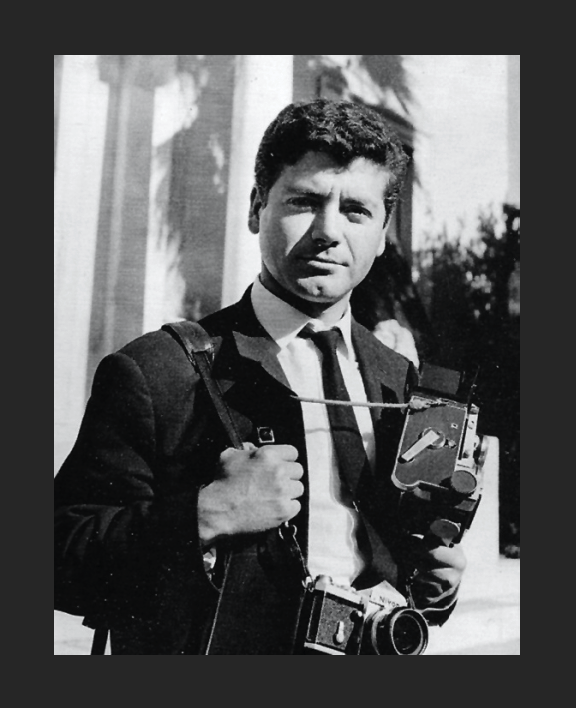 “Until my 21 years of being fired from the army, I had no idea what to say. My mother intervened in our neighbor, photojournalist Klisthenis Daskalakos, to recruit me to his photographic agency, the Union, so that I would not go abroad. So the first contact took place in the darkroom, there was a click in me, I was grinning. That’s when I began to give up extensions to my fleeing. Until I finally stayed in Greece, though it was my dream to live in America”, remembers Mr. Sarrikostas.

His lens has captured top politicians and party leaders, popular artists, renowned athletes, historical events such as the invasion of the tanks at the Polytechnic in 1973, Olympic Games, perennial wars, demonstrations such as Juliane in 1965, great marches such as the first a journey from Marathon to Athens for the anniversary of the death of Grigoris Lambrakis, the funeral of George Papandreou, George Seferis, theatrical performances, football matches. 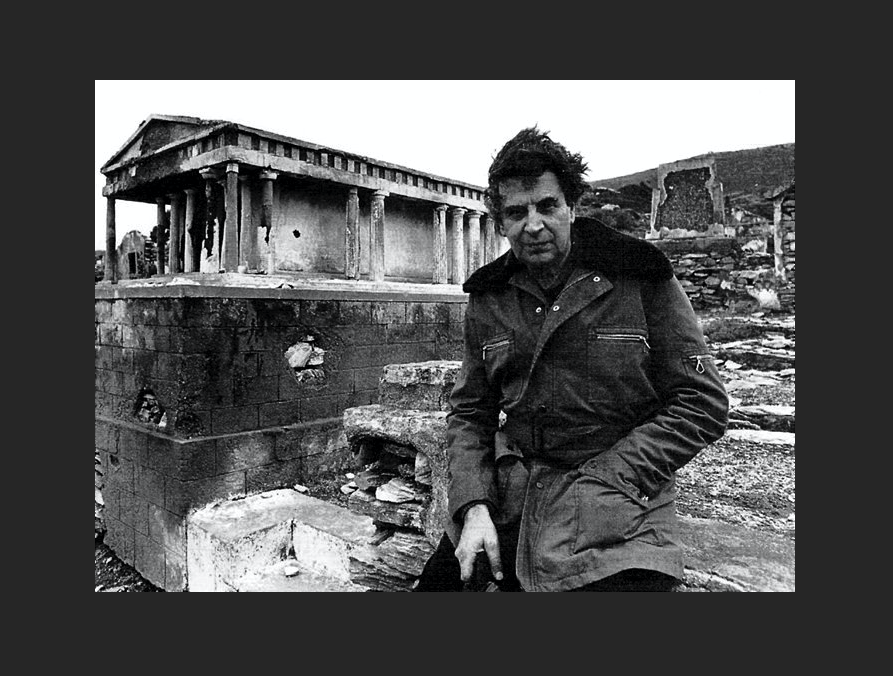 Significant, historic names such as George Papandreou or John Lennon and the Beatles, Konstantinos Karamanlis and Sofia Loren, Mikis Theodorakis, Alekos Panagoulis and Liza Minnelli, Ayatollah Khomeini, Muammar Gaddafi and Maria Callas, Nelson Mandela and Melina Merkouri, Andreas Papandreou and Konstantinos Mitsotakis, Aristotle Onassis and Pele, are some of the faces that are depicted on Mr. Sarrikostas’ photographic film. “The charm of the photojournalist’s work is that one day you may be with prime ministers, party leaders, kings, and the next day you can photograph drug addicts, terrorists, protesters, mothers with their children injured by bombing, everyday people”, says Mr. Sarrikostas. 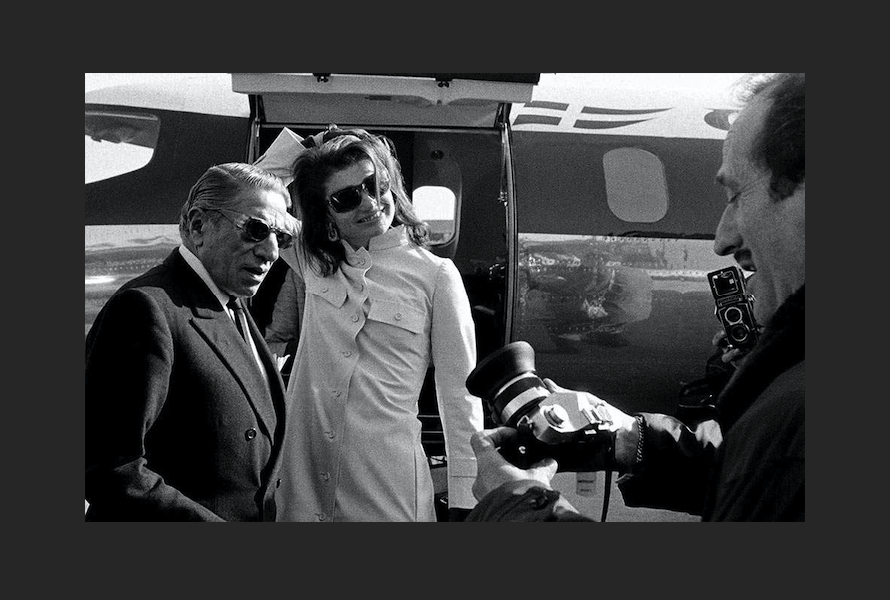 In 1964 he made the decisive shift in his career as he began working with the Associated Press agency. “Working in a foreign agency, and considering that I was the first Greek photojournalist, I was given the opportunity to travel all over the world. The Associated Press has opened wings for me all over the world. In the beginning, I tested the six-day war between Egypt and Israel. I was awkward, it was the first time I went to war. Over the years experience has come and my job has been recognized by itself. It was then that the CEO of Europe, the German Horst Fas, when he saw my photos, decided to send me to all the important facts. For example, in Lebanon, in a war that lasted ten years, it was like my second home. I was 45 days there and I was coming to Greece for a one-week break and again the same. Then in the Iran-Iraq war, in the overthrow of the Shah, in Africa, in the Balkans, “he remembers. “The icing on the cake”, as he says, was the three Olympic Games which he covered. That was great for him because he always liked sports.

Speaking of the most important moments in his work, he says one that he did not forget was the fatal evening at the Athens Polytechnic. He was the only photographer that had captured the tank, with the cannon turned to the entrance of the Polytechnic, at dawn on 17 November 1973, with the chief sergeant holding the phone and waiting for the order to invade and crush the iron door, to allow the police and soldiers to enter. Mr. Sarrikostas also had the only picture showing the tank to be inside the Polytechnic, just minutes after the invasion. “I knew that I was filming a big event that night”, he says. 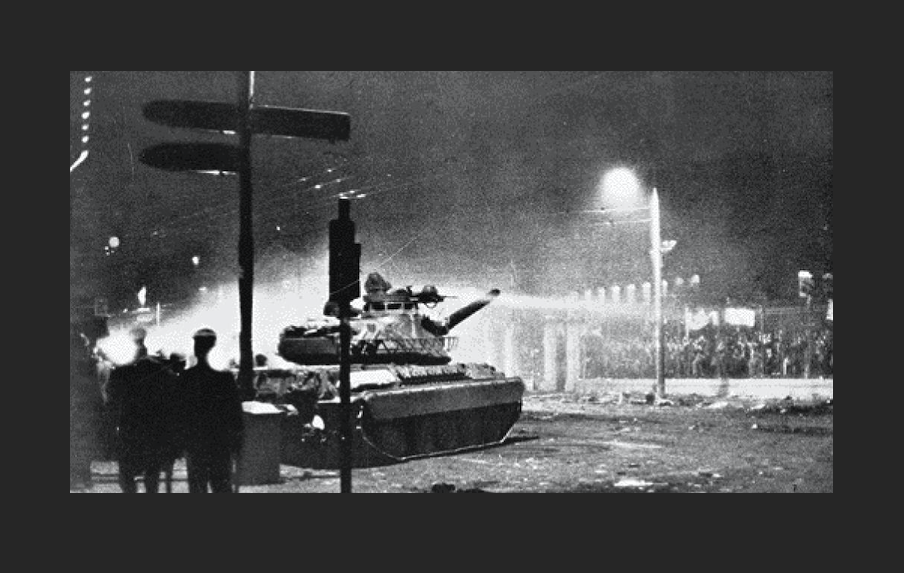 As for which photographs – of the thousands he pulled – stunned him, he clearly answered that he could not stand out only a few. But with a flashback, he refers to the photograph “with Melina on the Acropolis, the tank in front of the Polytechnic, the photo with the orphan girl in the earthquake in Megalopolis, which was the reason for being adopted by a family in New York, but also the dead people in Africa. “The mission of the photojournalist is to cover the events. The rule is one: to be at the right time at the right place”, he says. “This job has left me that I have more confidence in myself, not counting my life. I’ve cost her as much as a ball. I’ve lived so many wars, I’ve seen so many dead, colleagues killed next to me. I have learned things that, if I went to the best university, I would not know. I studied on the sidewalk. Why do you really learn there”, he adds. 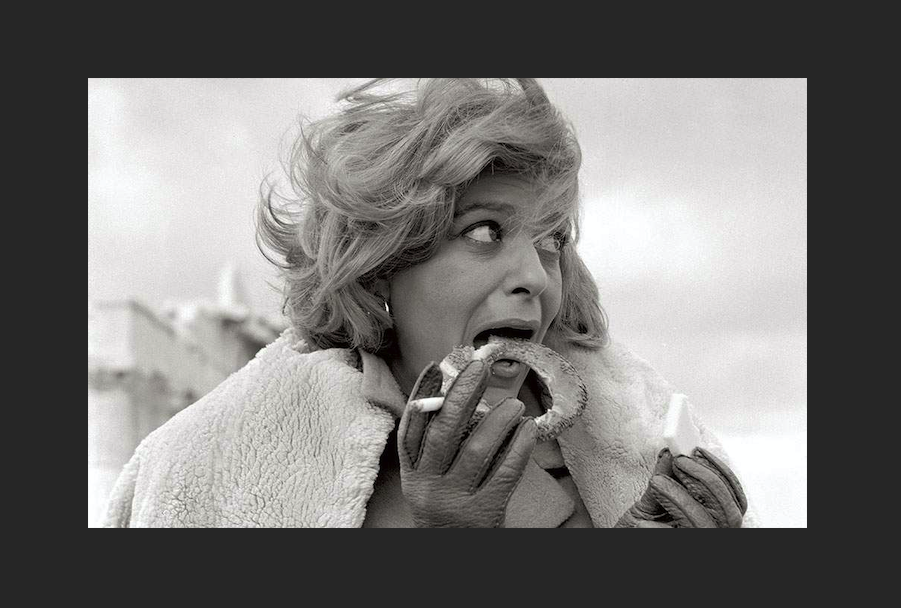 His book “Living Dangerously” consists of his 40-year-old photojournalism experiences. “In this book, I tell the whole story of my life, but I focus on photography. I’ve missed a lot of things, of course, it’s not possible to include everything, but it’s a big part of my life”, he says.

Active to this day, “not retired, but on a holiday” as he says, does not feel “finished”, he was covered by this job. “I would like to photograph the unfamiliar side of Mars. If I could go with a spaceship, I’d do it”, says Mr. Sarrikostas.