The actress of the “Star Trek” phenomenon

Marina Sirtis is an actress, known for the role of Counselor Deanna Troi on the TV series “Star Trek: The Next Generation” and other appearances in the Star Trek franchise.

She was born on 29 March 1955 in Hackney, London, she is the daughter of Greek parents and was raised in Harringay, North London. While still in secondary school, she secretly applied for theoretical studies against the wishes of her parents and managed to be accepted to the Royal Shakespeare Company affiliated Guildhall of Music and Drama School, from which she graduated in 1976 at the age of 21.

The Worthington Repertory Theatre Company’s production of Hamlet was Marina’s entre into the theatre world and she went on to appear with a variety of European companies such as Coventry Rep’s production of The Hunchback of Notre Dame in the role of Esmerelda and in The Rocky Horror Picture Show as Magenta. Directed by Nic Young, she appeared in Joe Orton’s “What the Butler Saw” and as Ophelia in Hamlet.

Before her role in Star Trek, Sirtis was featured in supporting roles in several films. In the 1983 Faye Dunaway film “The Wicked Lady”, in the Charles Bronson sequel “Death Wish 3” and in the film “Blind Date”. Her other early works include numerous engaging roles in British television series. Other early works include numerous guest-starring roles on British television series. Sirtis appeared in “Raffles” (1977), “Who Pays the Ferryman” (1977), “Hazell” (1978), “Minder (1979)”, the Jim Davidson sitcom “Up the Elephant and Round the Castle” (1985) and “The Return of Sherlock Holmes” (1986).

When casting Star Trek: The Next Generation, Gene Roddenberry was inspired to ask the exotic-looking Sirtis to audition for a role after seeing the film Aliens with Bob Justman. She recalls that on the day she received the call offering her the role of Troi, she was actually packing to return to Britain because her six-month visa had expired.

Deanna Troi is a half-human, half-Betazoid. Her Betazoid abilities allow her to read the emotions of others. Her position on the Enterprise-D is ship’s counselor, looking after the crew’s well-being and serving as trusted advisor to Captain Picard, with a position next to him on the bridge. Initially, the writers found it difficult to write for Troi and even left her out of four first-season episodes. Sirtis felt her job was in jeopardy after the first season but was overjoyed when Roddenberry took her aside at Jonathan Frakes’ wedding and told her that the season-two premiere episode, “The Child”, would center on Troi. 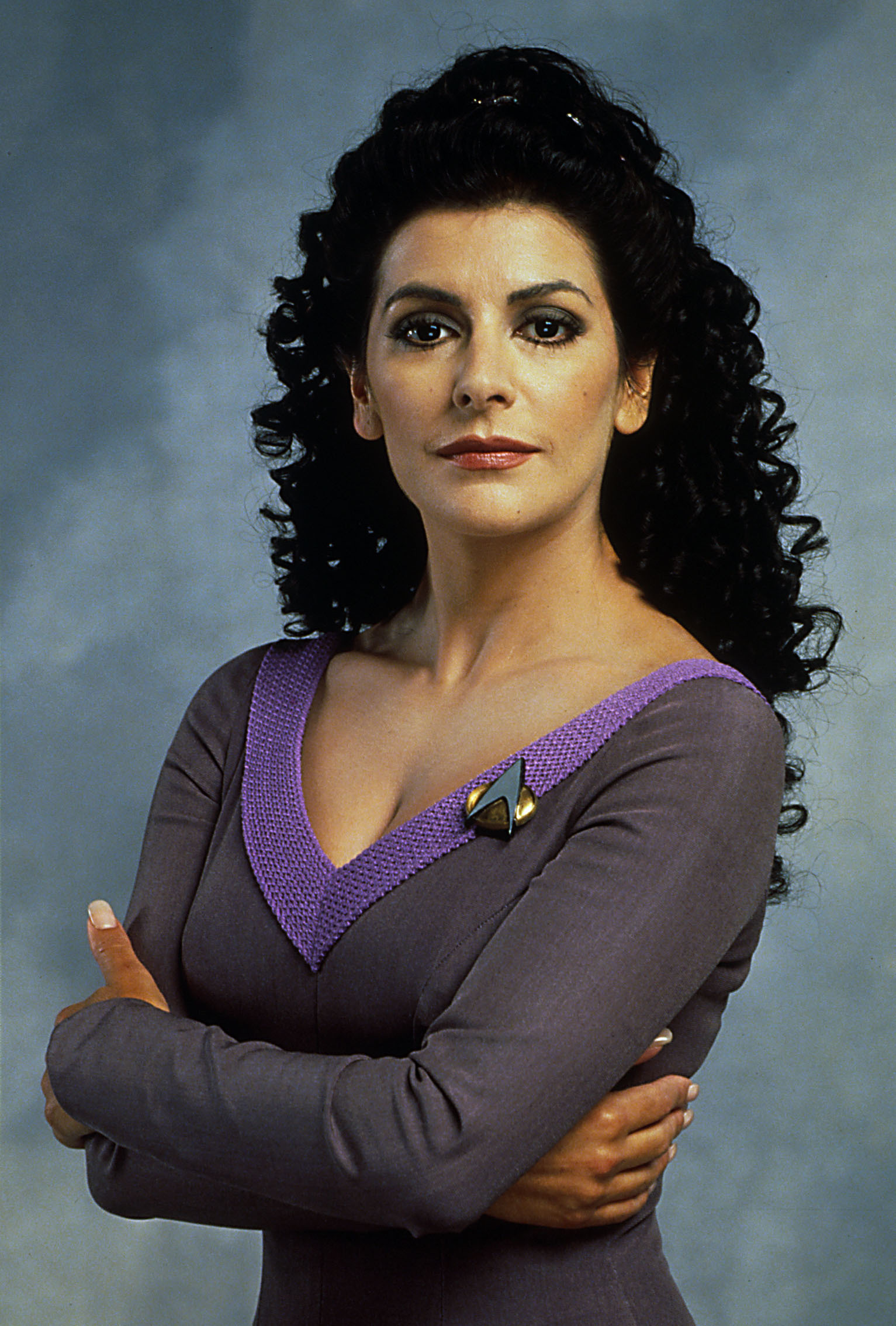 The Greek artist appeared in all seven seasons of “Star Trek: The Next Generation”, and her character was developed from a more passive therapist to a tougher Starfleet officer. She has stated her favorite episode is season six’s “Face of the Enemy”, in which she is kidnapped and surgically altered to pose as a Romulan, a twist of the plot that changed the character she was impersonating, giving the actress freedom to act differently. “I was given the opportunity to do things I had not been allowed to do for five or six years.” 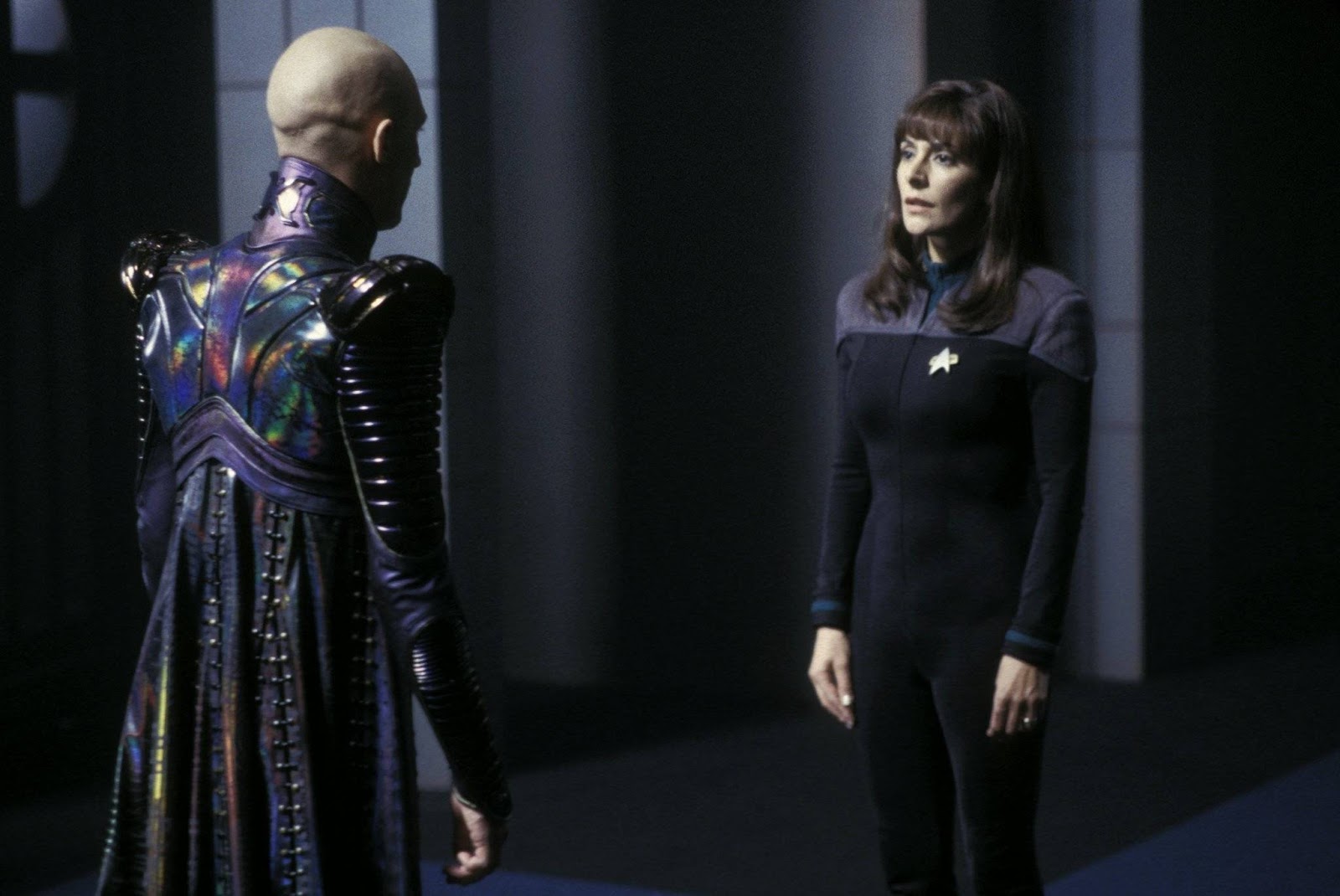 While filming “Star Trek: The Next Generation”, Sirtis returned to the UK during the hiatus between seasons three and four in 1990 to film a drama special entitled “One Last Chance” for the BBC. In 1992, she appeared in an episode of the short-lived series “The Fifth Corner” and had a cameo in the horror/fantasy movie “Waxwork II: Lost in Time”.

After the end of “Star Trek: The Next Generation” in 1994, Sirtis continued to work regularly. Her first role was a departure from previous work, an abused wife in the series “Heaven Help Us”. She provided the voice of Demona in the animated Disney television series “Gargoyles” for two seasons and voiced the character again for an episode of the unmade animated series “Team Atlantis”. 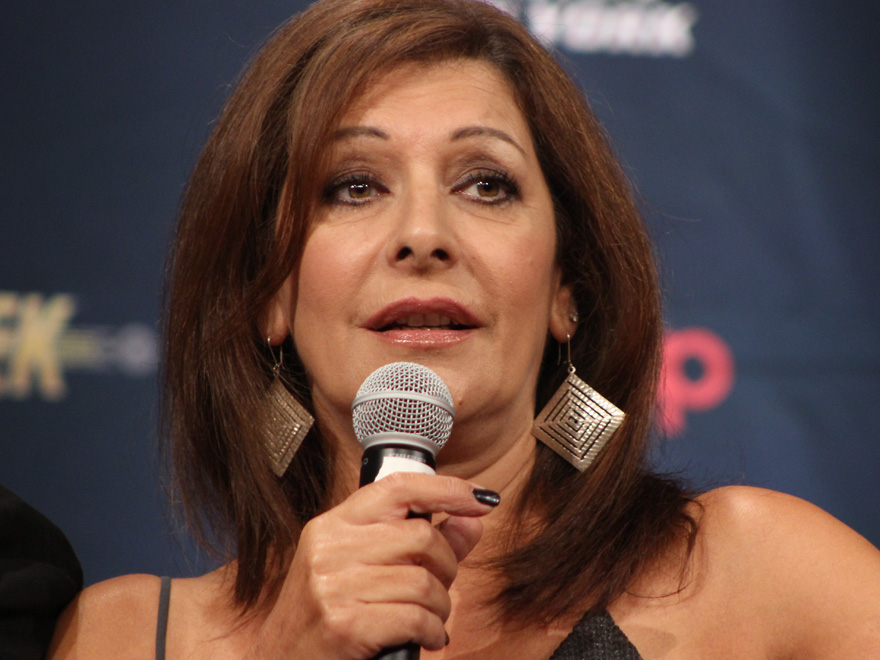 In 1996, Sirtis starred as a villainous police detective in the British made-for-television movie, Gadgetman. She played a villainess once again when she guest-starred in “Diagnosis: Murder” in 1998. The independent movie “Paradise Lost”, with Sirtis in a starring role, was released in 1999.

Beginning in 1999, Sirtis returned to science-fiction television in a number of roles starting with “The Outer Limits”, “Earth: Final Conflict”, originally created by Gene Roddenberry and in 2000, she played a Russian scientist in “Stargate SG-1”. The famous actor was interviewed in the October 2000 issue of SFX magazine in the UK; the cover stated, “Marina Sirtis is Everywhere”. 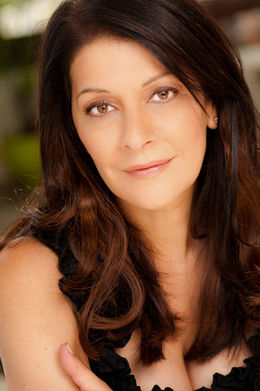 In 2001, Sirtis made a highly publicised appearance on the long-running British hospital drama “Casualty”, in which she played a politician with controversial views on the National Health Service. Three years later, she starred in the movie Spectres in 2004, and at ShockerFest International Film Festival, she won the best actress award.

He has participated in the Academy Award-winning ensemble film Crash, has performed dozens of roles, from a doctor, a lawyer, a resident of the Middle East to a fortune-teller, in numerous series and films, and has voiced both animated heroes and game characters for Playstation, PC.

In September 2011, fans started a group to lobby for Sirtis to appear on Doctor Who. A few weeks later at the Montreal Comiccon, she acknowledged the group and her desire to be on the show, while a year later, she acted in the Castlevania fan-made series posted on YouTube. She enjoys going to Star Trek conferences and getting to know her own fans as well as the series’. 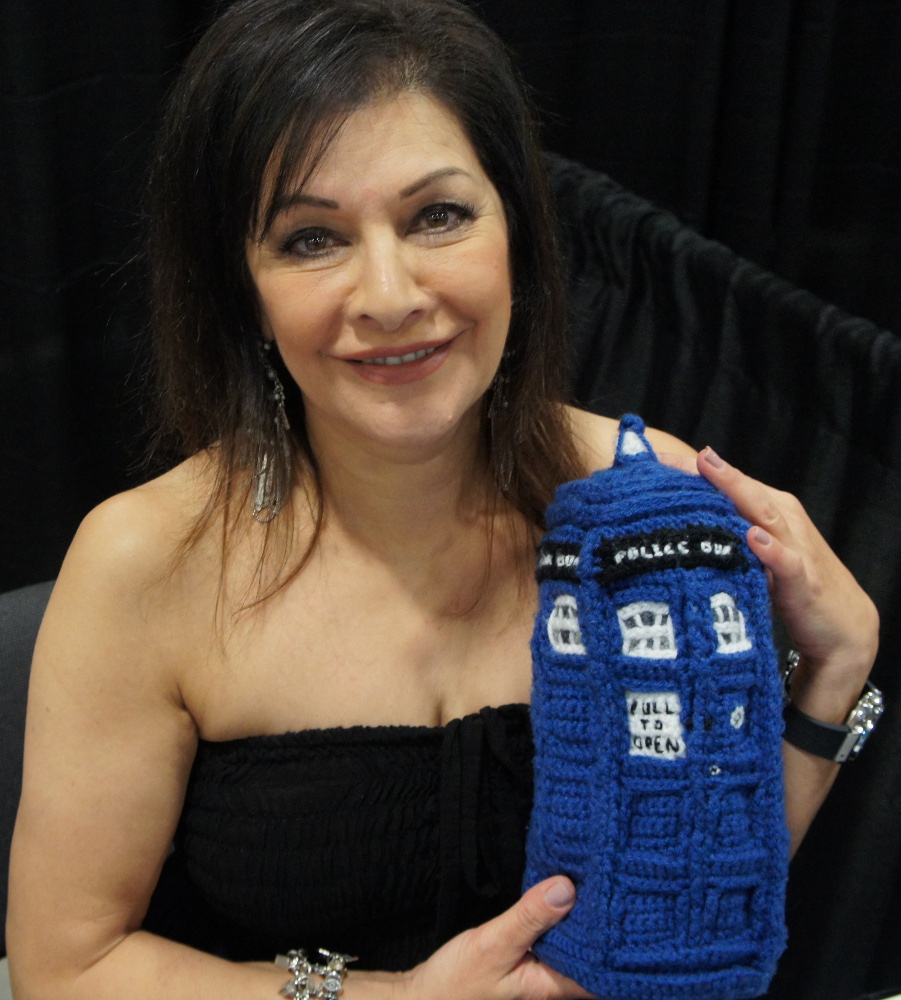 Marina Sirtis speaks Greek fluently, is married to rock guitarist Michael Lamper since 1992 and is a vegetarian and animal rights supporter.