Aristotelis Tsirigos is an Associate Professor of Pathology and the Director of the Applied Bioinformatics Center at the NYU School of Medicine, which is one of the best medical schools in the US.

His research focus is primarily in Computational Genomics and involves the design of statistical/computational methods and pipelines to model biological systems and generate novel biological hypotheses.

He was part of the research team of the Greek Professor and Chair of the Department of Pathology of the Medical School of the University of New York, Iannis Aifantis, which conducted a study associating vitamin C with the treatment of blood cancers. In particular, the study showed beneficial properties of vitamin C that create hope for the treatment of hematologic cancers. Vitamin C may “tell” faulty stem cells in the bone marrow to mature and die normally, instead of multiplying to cause blood cancers.

This is the finding of a study led by researchers from Perlmutter Cancer Center at NYU Langone Health, and published online (August 17, 2017) in the journal Cell. Another Greek researcher was also part of the team, Sofia Bakogianni.

Aristotelis Tsirigos received his Ph.D. in Computer Science from Courant Institute of New York University in January 2006, and his B.S. from the National Technical University of Athens, Greece in 1998. He is a member of the Molecular Pathology Laboratory, the Genome Technology Center and affiliated with the Center of Health Informatics and Bioinformatics. 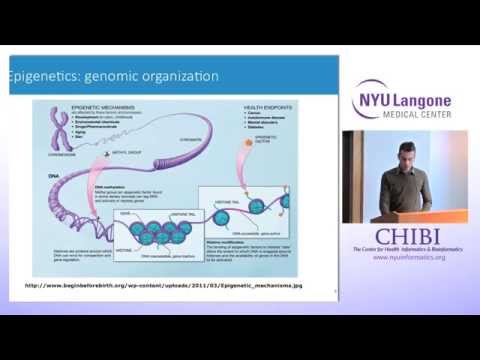