She was one of the many candidates to replace fired FBI Director James Comey. If Trump had chosen her, she would have been the first woman to lead the FBI. The new Federal Bureau of Investigation (FBI) director is Christopher Wray.

Prior to that, she was a corporate partner with the law firm of Baker Botts, LLP. From 2004 to 2008, Townsend served as Assistant to President George W. Bush for Homeland Security and Counterterrorism and chaired the Homeland Security Council. She also served as Deputy National Security Advisor for Combatting Terrorism from May 2003 to May 2004.

She spent 13 years at the U.S. Department of Justice under the administrations of President George H. W. Bush, President Bill Clinton and President George W. Bush. She has received numerous awards for her public service accomplishments.

Frances Mary Fragos was born on December 28, 1961 in Mineola, New York, the daughter of John Fragos, a Greek American roofer, and Dorothy, an Irish American office manager for a construction company. Raised in Wantagh, Long Island, Townsend was the first in her family to finish high school. Her parents were determined that their only child should receive a college education, but could not afford to send her to school. Townsend saved money by accelerating her course load, waiting tables and working as a dormitory adviser.

Townsend began her prosecutorial career in 1985, serving as an Assistant District Attorney in Brooklyn, New York. She gained the support and mentorship of federal prosecutors Rudolph Giuliani and Louis Freeh. In 1988, she was hired by Giuliani for the United States Attorney’s Office for the Southern District of New York where she worked on white-collar crime.

Townsend was appointed Counsel for Intelligence Policy in March 1998, heading the office of Intelligence Policy and Review, whose various functions included approving intelligence-gathering activities related to the Foreign Intelligence Surveillance Act. Townsend managed the Justice Department’s Office of Intelligence Policy and Review until 2001. She was one of Reno’s key advisers, acting as a “back channel” between the attorney general and FBI Special Agent John P. O’Neill, who was also her friend. The incoming Bush administration did not opt to keep Townsend on. Instead, she served as Assistant Commandant for Intelligence for the United States Coast Guard. While she was on maternity leave during the September 11 attacks in 2001, Townsend assisted the Coast Guard in updating intelligence legislation to switch the branch’s priority from drug smuggling to the vulnerability of U.S. ports.

Despite concerns about Townsend’s past as a Democratic appointee, Secretary of State Condoleezza Rice hired her for the National Security Council in spring 2003. She was appointed Assistant to the President for Homeland Security and Counterterrorism on May 28, 2004.

Townsend also serves on several government advisory and nonprofit boards. She is a trustee on the board of the New York City Police Foundation, Business Executives for National Security and the Intrepid Sea, Air & Space Museum. She is also a member of the Council on Foreign Relations and the Trilateral Commission.

She is married to lawyer John Michael Townsend and they have two sons. Townsend has been described as having a characteristic bluntness and a “sometimes salty, streetwise style” that once led her coworkers to nickname her “The Hurricane”. 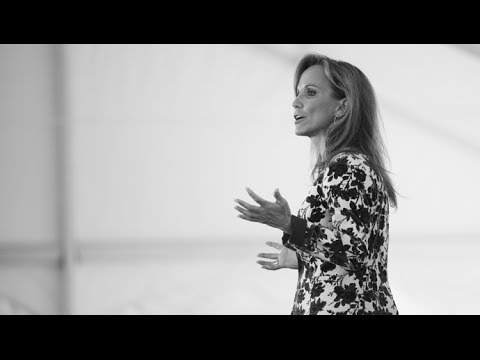