One of Australia’s most talented musicians

Niki Vasilakis is a very successful Greek-Australian violinist who has performed all over the globe, and was named “Young South Australian of the Year 2008”. She is regarded as being among the world’s most talented and exciting young soloists. She was recently recognised as one of the 10 most inspirational women to “watch for” by The Advertiser, due to her musical talent as well as her extensive commitment to community work and volunteering. Her family comes from the island of Ikaria.

“I feel so honoured to have been recognised for my work, although it has never been something that I do for recognition, but because I love people and want to see others around me thrive and find the thing that makes their heart sing”, says Vasilakis in an interview with Neos Kosmos.

The world-class musician, whose road to success commenced at the tender age of four, has already won many awards as a young artist and has performed with the Adelaide, Melbourne, Sydney and Tasmanian Orchestras as well Orchestra Victoria, The Queensland, Wellington, Guangzhou and Prague Symphony Orchestras.

“I was an overly-energetic little girl, therefore my parents decided to start me on an instrument to help “channel” my energies,” she says. “Little did we all know at the time that music would pave the way and become my passion in life.”

Vasilakis went on to study at the Elder Conservatorium before moving to Sydney at the age of 16, where she continued her music studies at the Australian Institute of Music, and then at the Australian National Academy of Music in Melbourne. Passionate and determined to gain knowledge and succeed, she travelled overseas, where she had the opportunity to meet and perform with some of the world’s greatest teachers in New York, London, Berlin and Paris. Vasilakis performed her solo with the Sydney Symphony to an audience of more than 100,000 people in January 2004, and gave a recital for the Jaipur Royal family of Rajasthan in Jaipur’s City Palace. She was the winner of the String Final of the Symphony Australia Young Performers Award in 2003.

Niki released her debut album with ABC Classics self titled with the Tasmanian Symphony Orchestra featuring the Mendelssohn and Bruch violin concertos and was nominated for an ‘ARIA’ award for her performance. She featured as a presenter and performer in the popular television show ‘Classical Destinations’ which has aired in over 26 countries and features in the new film called “4” based on Vivaldi’s Four Seasons with violinists Pekka Kuusisto, Cho-Liang ‘Jimmy’ Lin and Sayaka Shoji.

Currently Niki is the artistic director of the Adelaide Festival centre cocktail concert series as well as ‘Chateau Classics,’ chamber music events at the beautiful Barossa Chateau. Niki is the director of The Creative Arts Academy, providing performing arts to the West of Adelaide with more than 250 students.

She considers herself “really lucky to have played with some of the world’s greatest musicians”, although she admits she has never been invited to perform in her homeland, Greece. 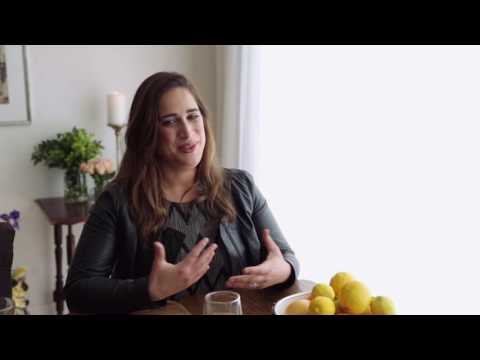