One of the greatest designers in the world

In his own practice, Alexis Georgacopoulos’ designs are both functional and minimal, usually with humor as the counterweight to technology. He works in the fields of product design, furniture and exhibition design and products like his « Blow » glass bowls for french company ENO or his aclaimed exhibition design for the Swiss Federal Design Awards in 2009 have contributed in defining his own distinctive approach.

Georgakopoulos was born in Athens in 1976. His father is a lawyer from Greece, while his mother is interior designer from France. He finished the Greek-French school Eugene Delacroix in Athens and received his Bachelor’s degree in Product Design from the École cantonale d’art de Lausanne (ECAL) in 1999.

In 2000, he became the youngest Department Head in Switzerland when he took on the leadership of ECAL’s Industrial Design department.

For Mr. Georgacopoulos, knowledge in art and design is achieved through close links between education and practice. In light of this philosophy, he promoted innovation, creativity and quality education in art and design while continuing his own professional career.

He was Head of ECAL’s Bachelor’s program in Industrial Design from 2000 to 2008, and Head of the department’s then-new Master’s program from 2009 to 2012. In these roles, he initiated departmental participation in a number of important international fairs and exhibitions, helping the department earn high acclaim internationally.

He also managed to bridge collaborations with major producers such as B&B Italia, Serralunga, Ligne Roset, Team by Wellis, Boffi as well as others.

He officially took on the Directorship of ECAL in July 2011. As Director, he initiated amongst other the “ECAL Photography” book and exhibition as well as the award winning “Delirious Home” project presented during the Milan Furniture Fair in April 2014 and amongst other recognitions, Wallpaper magazine named him among the “100 design world’s most powerful players”.

The industrial design Department of the ECAL is known as one of the most acclaimed and influential in design education across the world as Georgacopoulos’ designs are both functional and minimal, usually with humor as the counterweight to technology.

Many of his designs have been displayed by many museums such as London Design Museum and the Shanghai MOCA.

In 2006, he received the prestigious Leenaards Foundation Cultural Grant. 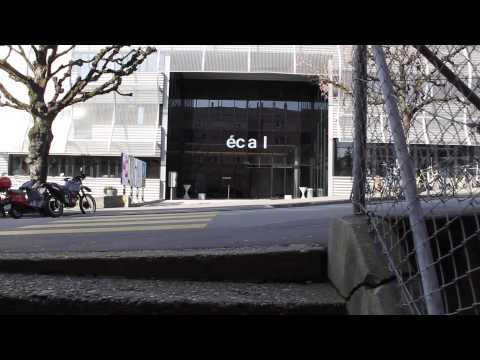