Filippos Porichis is a researcher in Immunology/Molecular Biology with extensive knowledge in T cellbiology, immunotherapeutic interventions and vaccine development in chronic infectious diseases and cancer. He is the Director of International Programs at the Ragon Institute and serves as a member of the Executive Committee of the MGH Center for Global Health. He is an Assistant in Immunology at Massachusetts General Hospital and an Instructor in Medicine at Harvard Medical School.

Porichis was born in the Greek island of Limnos, Greece and started his higher education in Biomedical Sciences (BSc and MSc) at the University of Portsmouth in the United Kingdom and afterwards received in 2007 his PhD from the University of Crete, Greece where he studied the activation induced cell death of uninfected CD4 T cells due to V3 peptides from the 120gp protein of HIV.

Immunology was now his passion. “I was more interested in trying to understand why diseases are happening and how the immune system fails…than trying to apply clinical medicine” he said in an interview.

From 2008 till 2013, Porichis was a research fellow in the Ragon Institute of MGH, MIT and Harvard Medical School where he investigated the immunoregulatory networks that govern T cell dysfunction in chronic viral infections (HIV) in the lab of immunologist Daniel Kaufmann.

Using patients’ blood samples, the team found that blocking the PD-1 pathway boosted CD4+ T-cell function, even among people who had undetectable viral loads. “This was proof of principle that immunotherapeutic interventions could complement antiretroviral treatments,” Porichis says.

In 2013, Porichis started his own lab at the institute where he focused on how healthy T cells function, with the aim of identifying ways to help combat viral infection. He then developed an assay to detect proteins, microRNAs, and mRNAs at the single-cell scale taking immunology to a new level.

Except his work in the lab, Porichis also leads the institute’s international programs. Introducing students of the Harvard Medical School to the medical needs in Africa is one of his main responsibilities. His goal is to build a scientific capacity in Africa. He is also a member of the Executive Committee of MGH Center for Global Health and a Key Opinion Leader on Immune regulation – Immunotherapies. 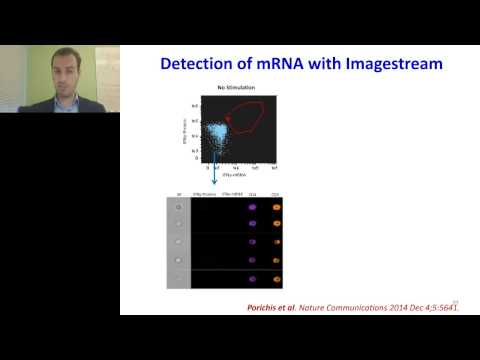