Founded one of the first 3D printing companies in the world

Marina Hatsopoulos is a successful entrepreneur, director and angel investor. She is Chairperson of the Board and investor in Levitronix Technologies. She is a Director of Cynosure Inc., a $300 million leader in the laser aesthetics market. She is on the Advisory Board of the Nantucket Conference, the EGG acceleration program in Greece, and MIT Enterprise Forum Greece.

Marina Hatsopoulos was the Founding CEO and primary investor in Z Corporation from 1994 through its successful sale in 2005. Z Corporation was a market leader in 3D Printing, a technology used to produce physical prototypes from design data at very low cost and high speed. She also served as Director of the GSI Group, a $300 million supplier of laser-based products, and Contex Holding, a $100 million leading manufacturer of large-format scanners. She was an investor and Director of Tea Forte, a luxury brand of teas and accessories, which was sold to Sara Lee in late 2011. She was also an investor and Director of Dear Kate, and is currently an investor in Codebender, based in Greece. She holds a B.A. from Brown University and an M.S. from the Massachusetts Institute of Technology.

Ms. Hatsopoulos was honored with Mass. High Tech’s 2001 All-Star Award for Hardware. She has been profiled in Fortune, Forbes, Fast Company, Boston Business Journal, the Boston Globe and Technology Review. She speaks at technology conferences and at the nation’s top business schools, and was on Boston Magazine’s 2008 Extended Power List of the most powerful people in town. She has published articles in Design News and Time Compression Technologies.

Even as a kid, Marina Hatsopoulos dreamed of running her own business. She studied her passions—math and music—at Brown University and then landed an ideal first job at Chase Manhattan on Wall Street. But soon she felt something was missing. “I felt like I wasn’t creating anything,” she says. To get closer to operations, she went to work in 1990 for her dad, George Hatsopoulos, at his technology company Thermo Electron. Working in mergers and acquisitions, she found that she needed more knowledge herself, so she came to MIT for a master’s in mechanical engineering.

While she worked on that degree, Hatsopoulos and her husband, Walter Bornhorst, bought and rehabbed some decrepit buildings in the Back Bay. Hatsopoulos did the CAD design work and fabricated three-dimensional models. In 1994 when she was researching potential business opportunities in MIT’s Technology Licensing Office, a 3-D printing technology jumped out. The machines could quickly produce inexpensive prototypes for everything from bleach bottles to motorcycle engine blocks. “I understood the value of a physical model for the architectural application, and I could imagine the same to be true for the design market,” she says. She licensed the technology and started Z Corporation with her husband and Jim Bredt.

The company grew rapidly, and they sold it to a Danish conglomerate in 2005. “In retrospect, we were incredibly lucky with the technology,” she says. “It proved out much better than we had hoped. The whole thing was a fantastic experience.”

But what makes a good investor? “You want an investor who’s patient, who has been through the lifecycle of a startup and really understands it. There are always bumps to the road, but a strong investor will remain lawyal to the company and will stick with it through those bumps in the road, and will give you more money to get through a tough period. Of course industry expertise, so that they can provide useful contacts, customers contacts, advisors”, says Marina at a past interview. 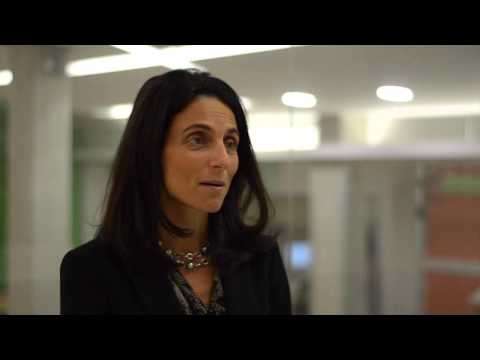