The Greek “moose” of Kansas

Mike Moustakas is a professional baseball player for the Kansas City Royals.

He was born on the 11th of September 1988 in Los Angeles. Mike’s father used to be a football player in UCLA. He is of Greek descent, as his grandmother was born in Greece, and flies a Greek flag above his locker.

The team’s fans and the journalists gave him the nickname “Moose”. The team encourages the nickname by selling foam moose antlers in the Stadium gift shop.

Moustakas attended Chatsworth High School in Chatsworth, California, where he was a four-year starter in baseball. During that time he helped Chatsworth win four League championships.

In 2006 Moustakas was a member of USA Baseball’s Junior National Team, competing in the World Junior Championships in Cuba.

Moustakas was also selected to the USA Today All-USA high school baseball team in 2007. He was offered a scholarship to USC, but instead chose to enter the 2007 baseball draft. On the 15th of August 2007 he signed for the Royals, receiving a reported signing bonus of $4 million.

In 2013, Moustakas’ locker was assigned next to George Kottaras, who is also of Greek descent.

“I don’t know how many times you’ve had two Greek guys in the same clubhouse on the same team,” Kottaras said. “And they put us next to each other, which makes it even better”, he added. 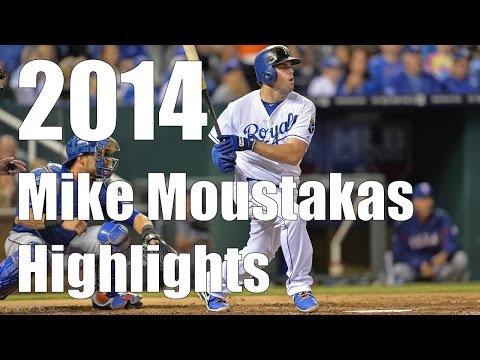