The Magician of the Century

For over a decade, Criss Angel has dominated the world of magic and is considered the biggest name on the planet. His approach to the art of magic goes beyond  tradition and has established a new trend in modern mysticism. Las Vegas journalists named him the best magician for 2012, while when Oprah Winfrey received him at her show, she repeated three times that he is simply the best.

Christopher Nicholas was born in 1976 in Long Island, New York, to Greek immigrant parents and was the youngest of the Sarantakos” family three children. His decision to become a professional magician was heavily influenced by his aunt Stella. The simple card trick she showed him was all it took to excite 6-year-old Chriss.

With Houdini as his idol, Chriss began to read about the art of magic and perform tricks in his teenage years. By the time he was 19, he was already giving shows at children’s parties and other events, sometimes earning up to 3.000 dollars a week. This is how he gradually paved his own road to global fame.

Since that day, he has given innumerable shows, always outside, in front of an audience and a great number of witnesses, who cannot believe their own eyes…It is not easy to believe that a person can burn right in front of you and then escape the flames unscathed, or be buried alive and appear next to you shortly afterwards. One of his personal records- and one that nobody has been able to break so far- is staying underwater for 24 hours. His brothers, Costas and JD,  act as his assistants at most shows, while his mother is sometimes present- and visibly worried- during filming.

Apart from his Las Vegas shows, Chriss Angel has his own television series, MINDFREAK, considered the most successful magic show in television history and watched by more than 100 million viewers per season in over 90 countries.

Even online, Angel is again the most watched magician. His «Walk on Water» clip has generated over 43 million views on YouTube, while all of his clips combined have generated nearly 200 million views. Chriss Angel has now launched his own YouTube channel,where his fans can watched exclusive videos of his accomplishments.

Chriss Angel with his rock-star appearance, a star among magicians, the man that has said he likes pain because it makes him feel alive, also hides a more sensitive side. He has founded the “BeLIEve Anything is Possible” charity for children and actively supports the Make-A-Wish Foundation, which has in turn granted him the Male Wish Granter of the Year Award for his work and dedication in protecting children. Chriss Angel might be an expert in creating illusions, but he is certainly not an illusion himself. 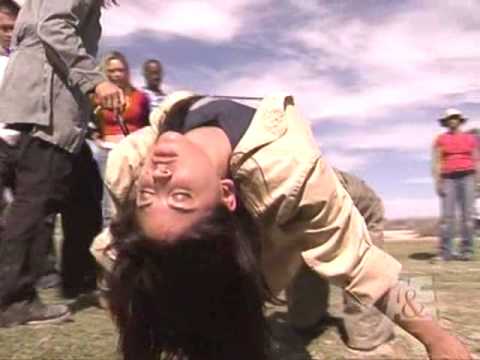