Her chocolate creations fascinate the world

Katrina Markoff is the owner and founder of Vosges Haut-Chocolat, a luxury exotic truffle company that last year made $30 million, up 50% on the previous year. She makes chocolate mixed with unlikely ingredients from all over the world. Bruce Springstein, Cameron Diaz Ryan Gossling, Sharon Stone,Susan Sarandon, Benicio del Toro, Lenny Kravitz, Jessica Biel and Goldie Hawn adore her creations!

A Vanderbilt University chemistry and psychology major, Markoff moved to Paris upon graduating, to study cuisine and patisserie. She attended the Le Cordon Bleu culinary school.

In 1997 Katrina returned home and instead of applying for a position as a chef she worked to the family business. Katrina’s uncle offered her a position in his furniture business. After a year of tutelage from her uncle, Katrina set out to make her own way.

Katrina opened her first retail location in 2008, in her hometown of Chicago. Playing off her traditional French culinary education, she christened her company Vosges Haut-Chocolat and began her venture with a strong focus on exotic truffles.

Three distinct flavours launched the company. Katrina’s Naga truffle blended the Middle Eastern flavours of curry and coconut, while her Budapest line was infused with paprika. A third truffle brought a distinctly Asian flair to the launch, matching the heat of wasabi with ginger and sesame seed. One of the main draws of this initial line was the unexpected flavours, surprising the palettes of customers and bringing them back for more.

After the initial success of her premiere chocolate line, Markoff began the slow and steady process of building her business. In the early days, she leased a commercial kitchen for manufacturing.

“I don’t rely on other people’s opinions or consumer research to make new products, which is somewhat unusual … I don’t always follow processes. I skip steps, and I always make last-minute changes — and usually that’s the right thing to do.”

After successfully pitching her truffle line to the department store Neiman Marcus, Katrina was soon aware that the demand for her product was becoming more than her current abilities could match.

She opened her own manufacturing plant in 2002. By 2006, Katrina boasted sales that exceeded $7 million and was able to pay herself a salary of $80,000 per year. Kristina still maintains a close and hands-on control of Vosges Haut-Chocolat and employs 30 people.

Vosges Haut-Chocolat also has a complete product line built around the iconic combination of bacon and chocolate. In addition, at least four new items are released every year.

Markoff is the recipient of numerous awards, among them the Bon Appetit Good Artisan of the Year Award 2004 and one of the Top 35 Culinary Artists by Food & Wine magazine. She was featured in Crain’s Business magazine as one of their 40 Under 40 in 2002, and Inc. magazine listed Vosges as one of its Fastest-Growing Companies for three consecutive years. 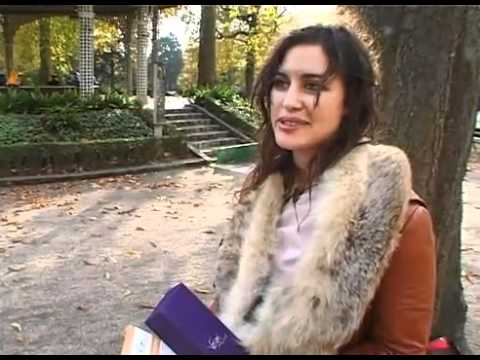