UNESCO Global Geoparks are single, unified geographical areas where sites and landscapes of international geological significance are managed with a holistic concept of protection, education and sustainable development. Their bottom-up approach of combining conservation with sustainable development while involving local communities is becoming increasingly popular. At present, there are 120 UNESCO Global Geoparks in 33 countries.

The Geoparks are areas with significant geological heritage and rich natural and cultural environment which through the protection of nature and the education contribute to the development of the responsible tourism by enhancing the local economy and the sustainable growth.

The 5 regions of our country that have a particular geological heritage are recognized internationally as “global geoparks Unesco”:

1. The island of Lesvos

The petrified forest is one of the four founding geoparks in Europe. On the western coast of Lesvos Island the passage of time and the lapping of the sea’s waves have slowly revealed the petrified remains of plant life of the distant past. Intense volcanic activity, which took place in the Northern Aegean 20 million years ago, resulted in the creation of the Petrified Forest of Lesvos. Here one can find fossilised pieces of trees – which in the remote past were once alive – standing upright or lying on the ground in a multitude of colours, with their roots and branches. Scientists who have studied the Petrified Forest speak with wonder of the uniqueness, rarity and great scientific value of the monument. The Petrified Forest provides considerable information regarding the composition and character of paleoflora and climatic conditions of the distant past. This monument thus constitutes a natural document recording the geological history of the Aegean basin of the last 20 million years. In February 2004, UNESCO recognised the contribution of the Petrified Forest of Lesvos on geoconservation issues and included it in the UNESCO Global Geoparks Network along with all European Geoparks Network members.

2. The area of ​​Psiloritis in Crete 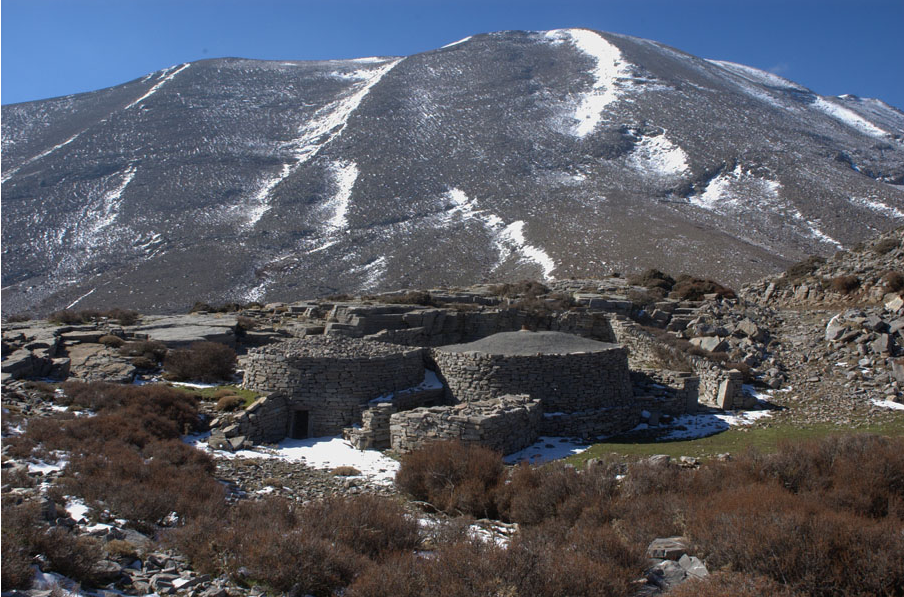 Due to its rich geodiversity, its beautiful scenery and its history and tradition, Psiloritis Natural Park was included, from its early foundation, at the European Geoparks Network, and later at the Global Geoparks Network by UNESCO.
Within the island of Crete, renowned for its culture and history, there is a place where the secrets of life and nature have been preserved for hundreds of centuries. The highest mountain of the Island, “Ida” (or “Psiloritis”, as it is widely known on Crete), rose up through the sea few millions of years ago when tremendous forces within the Earth were unleashed as the African continent encroached on Europe. Different types of Mediterranean rocks mixed together to create a unique environment within which life adapted and evolved. The combination of hundreds of plants and animals which live exclusively in these mountains has produced a region characterized by its great biodiversity. Because of its unique natural history a part of the area participates in the Nature 2000 Network. From the spectacular beaches to the rocky mountain tops, special ecosystems and human civilization were established and both have had to keep adapting to developments in a ceaselessly changing landscape

The Geopark includes the beautiful beaches of “Panormo”, “Fodele” and “Mpali” which are developed in schists and metamorphic rocks. These are characterised by their imposing coastal weathering and crystal clear waters. The Geopark of Psiloritis is an excellent destination for geotourists and provides opportunities for both recreation and education

3. The area of ​​the National Park Vikos – Aoos in Epirus 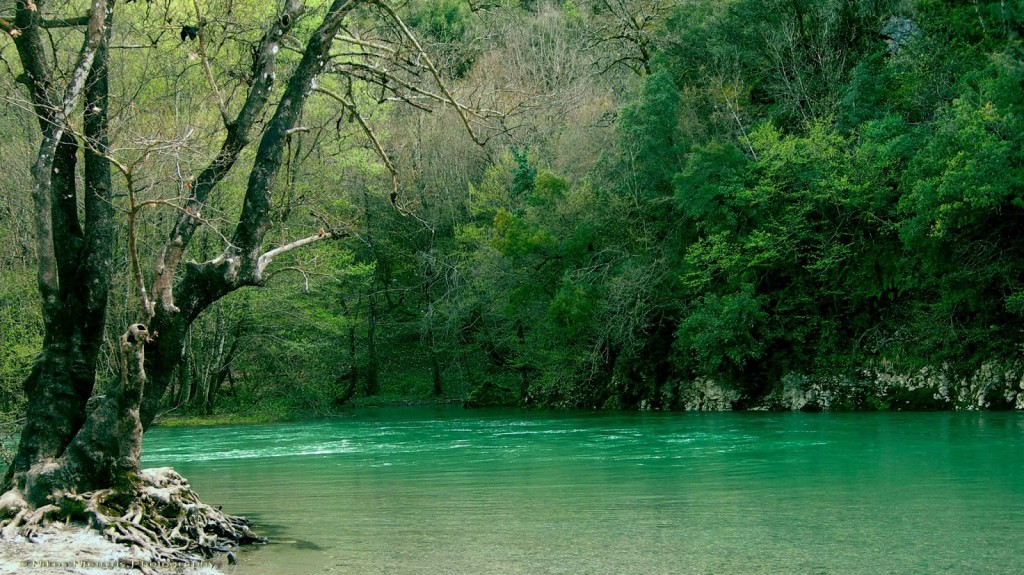 It is located in the region of Epirus, Ioannina, NW Greece. It occupies the NW part of the Pindus Mountain Range and is characterized by a high rugged relief and an impressive landscape. It also includes Mt. Smolikas (alt. 2637m) the second highest mountain in Greece and Mt. Tymfi (alt. 2497m) with the two spectacular gorges of Vikos and Aoos.

The Geopark covers an area of 1,200 km² and the 9,500 inhabitants reside in 61 settlements in the municipalities of Zagori and Konitsa. The territory contains several traditional settlements and monuments dating back to the 14th – 19th century including monasteries, schools, churches, chapels and arched stone bridges.Vikos Aoos Geopark is one of the most impressive areas in Greece in terms of its aesthetic values and range of geodynamic processes. Numerous geosites within the territory are situated in landscapes of incomparable beauty. They owe their origin to a wide range of geological processes and are of excellent scientific and educational value.

More than 2000 plant species grow in the area including several rare, endemic and protected ones. The territory is inhabited by approximately 300 species of vertebrates. Some species including the brown bear, the wolf, the otter, the Balkan chamois, the golden eagle and the alpine newt are protected by European Union and national legislation. 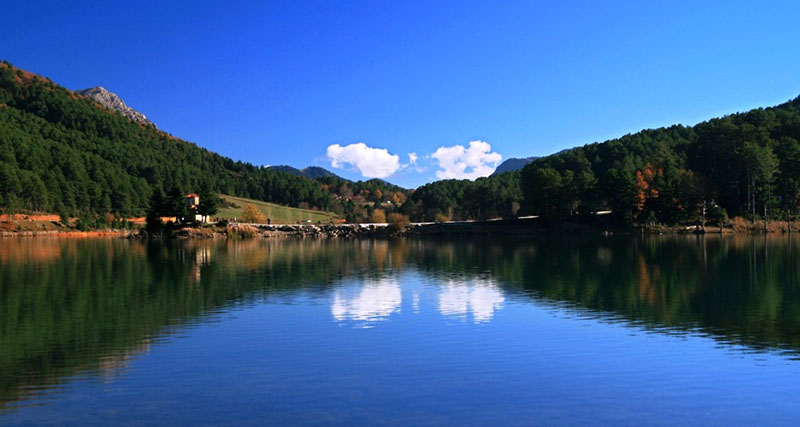 The Chelmos Vouraikos Geopark is located in North Peloponnesos (Greece) and covers an area of 546 km2. It is located 200 km from Athens and 100 km from Patras. Chelmos Mountain developed many distinct forms, over millions of years, such as the impressive gorge of Vouraikos, the beautiful Cave of Lakes, the cool Springs of Aroanios river, the mythical waters of Styx, and the Tsivlos and Doxa lakes.Lakes are found not only on the surface of the earth, but also underground, and one can discover the Cave of the Lakes on a tour of three of its thirteen underground lakes. It is a lovely old cave, an underground river bed with an explored length of 1,980 meters and exploited length of 500 meters. On the lower floor of the cave, human and animal fossils have been found, including hippopotamus fossils.

On the eastern-most edge of Crete, Greece, at Sitia Geopark, the heritage of the earth remains unspoiled and untouched by human hands. The rock formations and soil have a unique presence thanks to the variations in their color and shape over time. They create a sub-stratum, a basis on which life was evolved – life that was frozen forever by natural processes, locked within rock, life that continues to thrive persevering in the palm forest of Vai and the banks of the gorges.

The geological heritage of Sitia geopark composed by its particular features make it unique and of international value. The abundant Pleistocene mammal fossil sites, the discovery of three Deinotherium giganteum fossils, the extensive cave systems, as well as the palaeo-shorelines of Zakros area are unique for Crete and of national importance. More than 100 geosites have been identified and a number of 14 geotoutes, have been designed, through which the visitor can wander and meet the exceptional natural, geological and cultural heritage of the park’s territory. The georoutes include road and bicycle routes and of course trekking routes and are all supported by info-panels and signs.