Feta is a special product, truly synonymous with Greek nutrition and culture. It is a unique cheese, sought out eagerly by its fans in markets the world over. Given the cultural diffusion in the greater Mediterranean basin, the Greekness of feta, as a Protected Designation of Origin product, initially became the subject of intense discussion. After a long legal battle, final vindication came at a European level on 25 October 2005, when it was entered into the Community Register as a traditional Greek cheese, manufactured under process control and strictly within the boundaries of Greece, from certified Greek milk and in specific proportions.

Feta, an essential accompaniment to every Greek meal, is made from sheep or sheep and goats’ milk. It is a white cheese, with a slightly acid, spicy flavour, sometimes soft, sometimes crumbly, according to moisture and fat content.

The history of feta is centuries-old. This wonderful cheese was first mentioned by Homer in the Odyssey. This particular name though originated in the 17th century, during the period of Venetian occupation and is derived from the Italian “Fette”, which means thin, flat pieces. The first written reference to the name dates back to 1892, when it is included in a list of products drawn up by the Syrian shopkeeper, St. Rigas. A text dated 1899 states: “Among the most widely-spread cheeses in my opinion is feta cheese, the making of which is simple and known by all shepherds”. This important document verifies that feta had for a long time been a traditional, common type of cheese throughout Greece.

Peloponnesian feta holds a special place in the hearts of all those who seek original flavours. The region’s great pastoral tradition and the fact that the flocks still come from indigenous species, with low-fat lactation, are factors that ensure an exceptional product.

Apart from being extremely tasty, feta is very beneficial to the human body. One feature of its nutritional value is the fact that 100 grams of feta provide 1/3 of essential proteins, all the recommended amount of vitamin A, all the riboflavin and ½ of the calcium required daily by an adult male with moderate physical activity. It is therefore an irreplaceable food with significant organoleptic properties.

The enjoyable Peloponnesian table keeps a special, honorary place for feta. As an accompaniment to the main dish, with a little oil and oregano, or baked over charcoal with aromatic herbs, or even in crispy pies, made according to closely-guarded recipes, feta is undoubtedly one of the most important features of Greek cuisine. 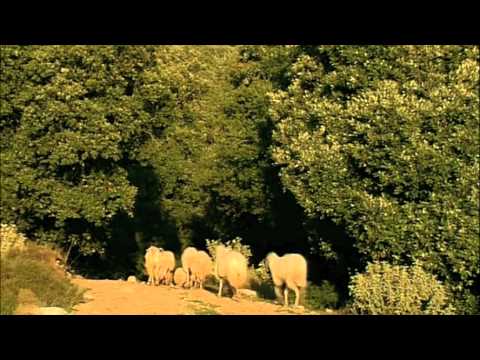