The lord of “bouzouki”

Since he was a little boy, he showed interest in music and the bouzouki in particular.

In 1938 Zampetas meets Vasilis Tsitsanis, a person that plays a key role in his later course.

In 1942 due to economic conditions because of the Occupation Zampetas creates his first band, which sang serenades to girls “kantades”.

In 1959 Manos Hadjidakis makes him a soloist and he had the chance of traveling with Melina Mercouri and Jules Dassin in Cannes for the movie » Never on Sunday «.

In the 1960s, his songs have unprecedented success. He makes appearances in nightclubs in Athens but also in Europe and America. After he meets the poet Dimitris Christodoulou, he makes some of his best songs like «The tavern «, «No Way To Read», «The sunsets», «What to blame», «Arise dance Sirtaki», «Sunday», «Dimitri Dimitri» and many others.

His performances in films exceeded 100 such as «Restless youth», «Never on Sunday», «Red Lanterns», «My daughter is a socialist»

The songs of «The sunsets», «Dawn», «No Way To Read» remain unmatched.

In the 1970s Zampetas puts satire in the songs like «Thanasis», «The fifties», «Yes sir,» and the public loves them.

On 10 March 1992, after months of illness, he leaves his last breath in the hospital » Salvation».

George Zambetas , described to his daughter his experience during the Cannes Film Festival where he went with Manos Hadjidakis for the film ” Never on Sunday”: “All business tycoons of art, fashion, cinema and theater , Imperia Dogs from Spain , Grace Kelly of Monaco, Rainier , Gina Lolomprigkita , Sophia Loren . Something furs , some stuff ! To see gold, see DIAMONDS ! All Brigitte Bardot was gathered there. I touched them all!” 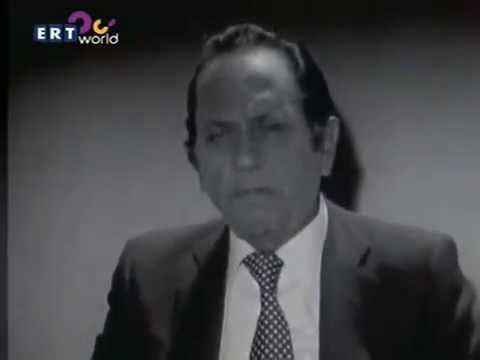 – Τhey will be dancing «tsifteteli» even if i play National Anthem for them.

– And the rain fell straight  through