Demetrius Vikelas is a poet and a novelist. His work Loukis Laras is considered to have played a major part in the development of neohellenic literature. He has also joined the organization of the 1896 Olympic Games in Athens and was the first President of the International Olympic Committee.

Vikelas was born on February 15th, 1835, in the town of Ermoupolis on the island of Syros. His father was one of the top merchants in the town of Veroia. At the age of 4, his family relocated to Nafplio and later to Istanbul.

In 1851, he translated Esther by Rakinas. In 1852, he traveled to London to receive a professional practice and worked there as an employee and partner of his uncles’ merchant house Melas Brothers (his mother’s family name was Melas).

He started writing poems in 1855 and published them in newspapers and magazines of Athens or submitted them to the University’s poetry contests.

In 1876, the Melas business was closed and Vikelas decided to relocate to Athens and later settled down in the city in 1897.

Except from his scientific works, he was also into charity and community service, with works like the foundation of a club for the spreading of useful books, with George Drosinis in the secretariat in 1899 and he later established the House for the Blind in 1898, the Shooting and Labour School in 1898 and the 1st Education Congress in 1899.

In 1894, he participated in the International Athletic Congress of Paris, after being motivated by the Chairman of the Panhellenic Athletic Club Ioannis Fokianos. He was chosen for this participation as a well known Greek novelist in the European capital cities and also as a notorious lobbyist. The idea of Olympism by Baron de Coubertin and the revival of the Olympic Games as practiced in antiquity was first spread at the congress, as well as the foundation of the International Olympic Committee with Demetrius Vikelas as its first president, who later proposed to organize the first modern Olympic Games in Athens in 1896.

– His family’s often relocations and moreover his health issues regularly forced him out of school. However, his mother used to offer him additional schooling.

– Together with his school fellow Emmanuel Rhoides, he published a school handwritten newspaper.

– He founded a club for the spreading of useful books, with George Drosinis in the secretariat in 1899 and he later established the House for the Blind in 1898, the Shooting and Labour School in 1898 and the 1st Education Congress in 1899.

– He met with Spyridonas Trikoupis , the Greek Ambassador in London, and later built a friendship with his son Harilaos Trikoupis and later Prime Minister of Greece.

– A truly impressive study of Demetrius Vikelas for El Greco was published at the literary magazine “Estia” in issue No. 10 of 13 March 1894. The impressive element relates to the fact that Bikelas gives a first answer to the question about the origin of the great painter, depositing the view that El Greco was from Crete. It appears that until that time, the leading artist was concidered Spanish, with few reports of Greek origin, but none about a Cretan origin.

– His bust graces the central square of Ermoupolis, in front of 40 marble steps leading to the Municipal Hall. 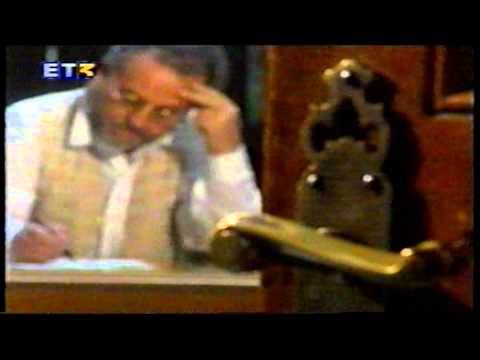 “… I was two years older than Rhoides, yet the age difference didn’t stop him from resenting my trophy, as he confided in me two years ago. My achievements weren’t worth the envy nor did Rhoides have a good reason to resent me. As a critic and an error investigator by nature, he could easily value the clumsiness in my verses and comfort himself for my alleged superiority.”