The name of Manolis Glezos in a room of the Altieri Spinelli building decided to give the Presidency of the European Parliament. In particular, according to a statement from the European Parliament, “the Bureau has also decided that the 1G2 meeting room of the Altiero Spinelli building will be named after the late Manolis Glezos, a Greek politician and MEP from 24 July 1984 to 25 January 1985 and from 1 July 2014 to July 8, 2015 “.

“Manolis Glezos was an important figure in the national resistance against fascism,” the statement said.

The proposal was unanimously accepted yesterday afternoon, almost a year after the official request, as formulated in March 2020 by a letter from the Vice President of the EP and head of the SYRIZA Eurogroup, D. Papadimoulis and the co-chairs of the Eurogroup of the Left, Manon Aubrey and Martin Sirdevan to EP President David Sassoli. 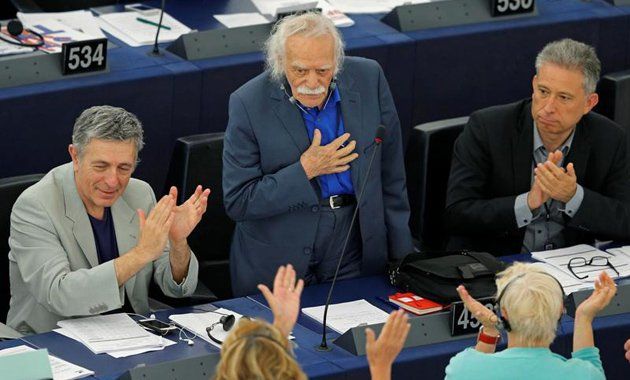 “Throughout his life, Manolis has been an inspiration and example in the struggle for freedom, democracy and social justice – a fact that has been appreciated and respected by all democratic forces both in Greece and in Europe,” he said. the decision by Dimitris Papadimoulis. He stressed that “Greek men and women, today, we feel honor and emotion for this justification in the name of Manolis Glezos”. He underlined that “the vast majority of Greek society, left, centrist, right – except those who never forgave him for taking down, along with Lakis Santa, the Nazi swastika from the Acropolis – are grateful to him and will remember him because in all his “Life went on mercilessly, leaving a great legacy for future generations: Resistance, the passion for freedom, and the struggle against fascism.”

“We made the request as a tribute to the remarkable life of this former MEP. “Manolis will remain a symbol of the anti-fascist resistance, for freedom and democracy”, notes the party of the European Left for the decision to honor in this way by the European Parliament the “deceased, great fighter of the resistance, Manolis Glezos”.