Low-fat or low-carb? Greek researcher has the answer

New evidence from a study at the Stanford University School of Medicine might dismay those who have chosen sides in the low-fat versus low-carb diet debate. Neither option is superior: Cutting either carbs or fats shaves off excess weight in about the same proportion, according to the study. What’s more, the study inquired whether insulin levels or a specific genotype pattern could predict an individual’s success on either diet. The answer, in both cases, was no.

Past research has shown that a range of factors, including genetics, insulin levels (which helps regulate glucose in the body) and the microbiome, might tip the scales when it comes to weight loss. The new study, to be published Feb. 20 in JAMA, homed in on genetics and insulin, seeking to discover if these nuances of biology would encourage an individual’s body to favor a low-carbohydrate diet or a low-fat diet. The senior authors of the study are Gardner; Abby King, PhD, professor of health research and policy and of medicine; Manisha Desai, PhD, professor of medicine and of biomedical data science; and John Ioannidis, MD, DSc, professor of medicine.

In his quest to find out if individual biological factors dictate weight loss, Gardner recruited 609 participants between the ages of 18 and 50. About half were men and half were women. All were randomized into one of two dietary groups: low-carbohydrate or low-fat. Each group was instructed to maintain their diet for one year. (By the end of that year, about 20 percent of participants had dropped out of the study, due to outside circumstances, Gardner noted.)

Individuals participated in two pre-study activities, the results of which were later tested as predictors of weight loss. Participants got part of their genome sequenced, allowing scientists to look for specific gene patterns associated with producing proteins that modify carbohydrate or fat metabolism. Then, participants took a baseline insulin test, in which they drank a shot of glucose (think corn syrup) on an empty stomach, and researchers measured their bodies’ insulin outputs.

In the initial eight weeks of the study, participants were told to limit their daily carbohydrate or fat intake to just 20 grams, which is about what can be found in a 1.5 slices of whole wheat bread or in a generous handful of nuts, respectively. After the second month, Gardner’s team instructed the groups to make incremental small adjustments as needed, adding back 5-15 grams of fat or carbs gradually, aiming to reach a balance they believed they could maintain for the rest of their lives. At the end of the 12 months, those on a low-fat diet reported a daily average fat intake of 57 grams; those on low-carb ingested about 132 grams of carbohydrates per day. Those statistics pleased Gardner, given that average fat consumption for the participants before the study started was around 87 grams a day, and average carbohydrate intake was about 247 grams.

What’s key, Gardner said, was emphasizing that these were healthy low-fat and low-carb diets: A soda might be low-fat, but it’s certainly not healthy. Lard may be low-carb, but an avocado would be healthier. “We made sure to tell everybody, regardless of which diet they were on, to go to the farmer’s market, and don’t buy processed convenience food crap. Also, we advised them to diet in a way that didn’t make them feel hungry or deprived — otherwise it’s hard to maintain the diet in the long run,” said Gardner. “We wanted them to choose a low-fat or low-carb diet plan that they could potentially follow forever, rather than a diet that they’d drop when the study ended.”

Over the 12-month period, researchers tracked the progress of participants, logging information about weight, body composition, baseline insulin levels and how many grams of fat or carbohydrate they consumed daily. By the end of the study, individuals in the two groups had lost, on average, 13 pounds. There was still, however, immense weight loss variability among them; some dropped upward of 60 pounds, while others gained close to 15 or 20. But, contrary to the study hypotheses, Gardner found no associations between the genotype pattern or baseline insulin levels and a propensity to succeed on either diet.

Perhaps the biggest takeaway from this study, Gardner said, is that the fundamental strategy for losing weight with either a low-fat or a low-carb approach is similar. Eat less sugar, less refined flour and as many vegetables as possible. Go for whole foods, whether that is a wheatberry salad or grass-fed beef. “On both sides, we heard from people who had lost the most weight that we had helped them change their relationship to food, and that now they were more thoughtful about how they ate,” said Gardner.

Moving forward, he and his team will continue to analyze the reams of data collected during the yearlong study, and they hope to partner with scientists across Stanford to uncover keys to individual weight loss.

“I’m hoping that we can come up with signatures of sorts,” he said. “I feel like we owe it to Americans to be smarter than to just say ‘eat less.’ I still think there is an opportunity to discover some personalization to it — now we just need to work on tying the pieces together”. 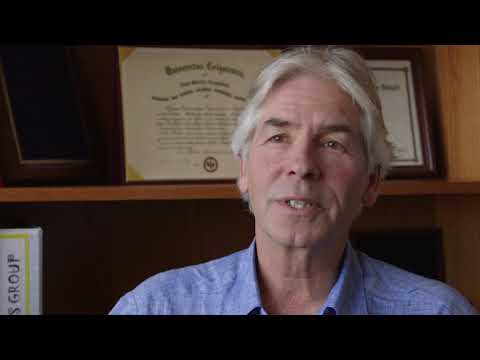