Gabriella Papadakis and Guillaume Cizeron of France, skating in their first Olympics, on Tuesday broke their own ice dancing world record with a brilliant and lyrical free dance for a record total of 205.28. The previous record of 203.16 was set by them in January.

Papadakis and Cizeron, who skated through an embarrassing wardrobe malfunction in the short dance, won the silver metal.

Papadakis was born on 10 May 1995 in France. Her father, Emmanuel Papadakis is from Athens, her mother Catherine is a skating coach.

«My father is from Athens Greece, but his whole family come from Crete. I knew a few phrases in Greek, but since i haven’t been in Greece for many years now, I forgot it» Gabriella said in an interview. 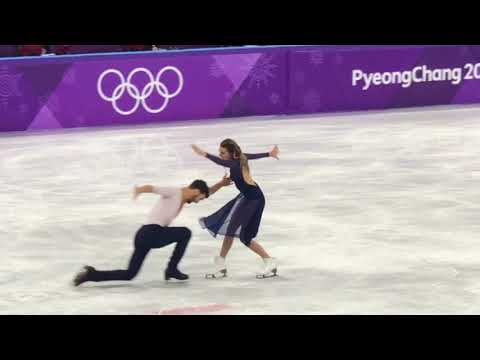