The Greek pianist Panos Karan will be performing with Mr. Zach Tarpagos, flautist, at a charity piano recital at the Suntory Hall in Tokyo on August 3, 2015. The profits will be given in benefit of Fukushima Youth Sinfonietta.

Mr. Karan is the founder of “Keys of change”, a charity organization formed by individuals who believe that playing music can make this world a better place. Mr. Karan, in the three years since the Great East Japan Earthquake, has already visited Fukushima many times, helping the children there to cultivate their music talent and performing with them.

Fukushima Youth Sinfonietta was founded in 2014 and is consisted of students of these areas.

Read more about Panos Karan as well as his interview at ellines.com 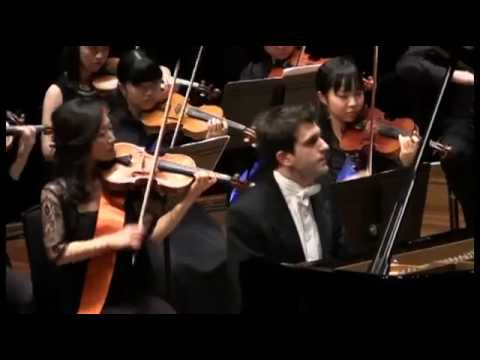