The newspaper Guardian published a guide for the Dodecanese, ideal for all those planning their vacations in any of the Greek islands. The article begins by mentioning that the Dodecanese translates as “the twelve islands”, of which the most well-known to the British traveller are the green expanses of Rhodes and Kos. Smaller Kalymnos, Kasos, Kastellorizo and Symi are less lush than their bigger companions but all have elegant harbours – a legacy of their trading past – and rocky interiors that offer good walking. 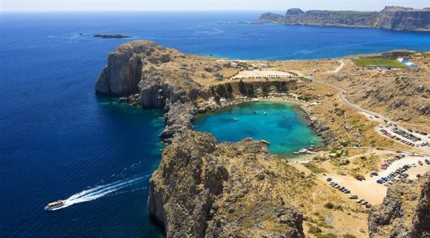 The best thing to do in the old town is simply to lose yourself wandering its maze of alleys. In places it succumbs to over-commercialisation but this is still one of the finest medieval towns in Europe. The acropolis above Lindos has a Crusader castle that contains much more than ancient ruins. Make the climb up (or have a lazy donkey ride) first thing in the morning to beat the crowds and get the stunning views to yourself.
KOS 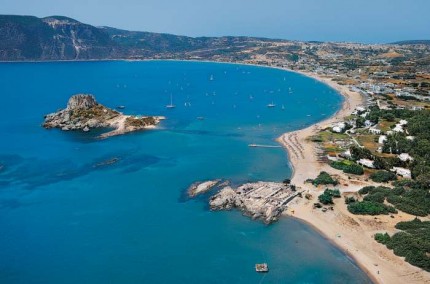 Kos Town, with its inevitable Crusader castle, remains a delight to wander around, although it can get crowded. A more authentic version of Kos can be seen when visiting the mountain village of Asfendiou, just to the west of town, but be aware that package companies sometimes run excursions here. There has been recent press coverage reporting that Kos is being overrun by refugees from the Middle East. While it there is an issue, this has been exaggerated by parts of the British media.
PATMOS 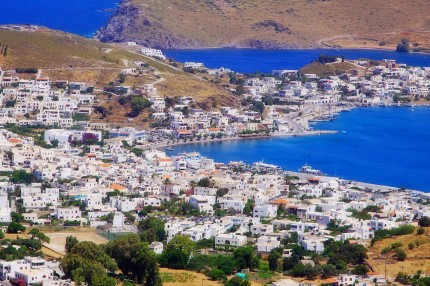 Those who know their biblical history will have heard of Patmos, where St John wrote his Book of Revelation. In recent years canny visitors have been heading for lesser-known islands.
KARPATHOS 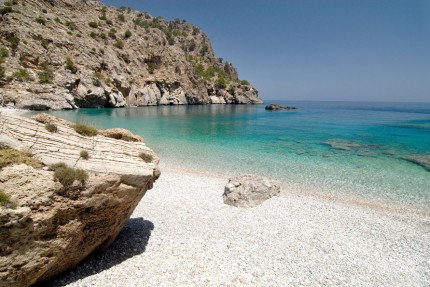 Karpathos, the third biggest of the chain, has a stunning coastline divided between the beaches and bays of the south, and the rough crags of the north.
KALYMNOS

Situated between Kos and Leros, Kalymnos is the fourth largest island in the Dodecanese. It is surrounded by quiet islets, some inhabited only by sheep and goats, others – like Telendos and Pserimos – with just a few houses and tavernas. Kalymnos is best known as home of the world’s finest sponge divers. The sea has always been a focal point for island life and its colorful traditions and sense of community remain almost unchanged. Picturesque landscapes for walking, clear blue seas for snorkeling or scuba-diving, rock faces of unique quality for climbing and a warm-hearted hospitality are just some of the pleasures that await the visitor
KASOS 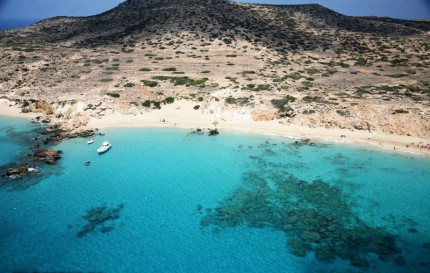 Kasos is located in the southernmost region of the Eastern Aegean and lies between Crete and Karpathos.The old aristocratic captain’s houses are quite impressive, while in the villages the houses are whitewashed with narrow flagstone paved lanes. Of exceptional interest are the shepherds’ huts “mitata”, which attest to a long tradition of animal herding.
KASTELLORIZO 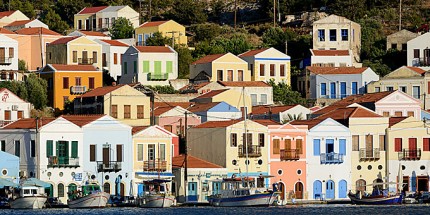 Don’t come to the little island of Kastellorizo if you value your privacy. It is close to the coast of Turkey and the little Greek enclave is proud of its identity and so the locals are very friendly. After a short stroll down the pretty waterfront you will know half the population. Take a boat trip to the crystal-clear sea of Navlakas fjord, which has excellent snorkelling and the shimmering blue waters of Parasta cave.
SYMI 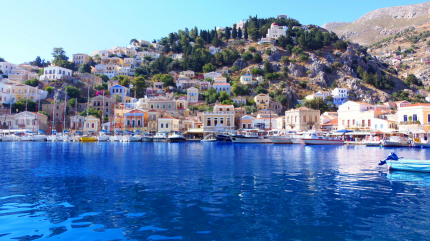 Symi Town, arrayed around a stunning natural harbour, is perhaps the finest port town in the Dodecanese; because of this it is always popular and buzzing. If you need to get away from the action leave the lower town behind and climb the long stair path to Horio, the old town, topped by a castle.
NISYROS 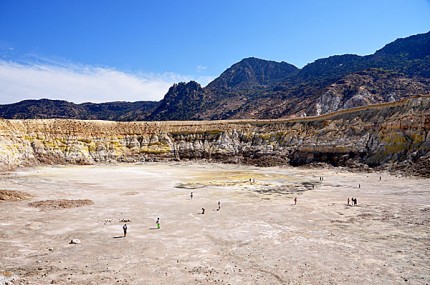 Nisyros, built on a still-active volcano, is a different story, and its dramatic, blackened, landscapes will please geology lovers. In Mandraki, the main town of Nisyros, the waves beat right up against the volcanic stone buildings. There’s some great and superbly dramatic hiking on Nisyros, most of it based around the central caldera of the volcano. This can most easily be reached from the villages of Emborios and Nikia, both of which have stunning views out to sea and down into the volcano.
ASTYPALEA 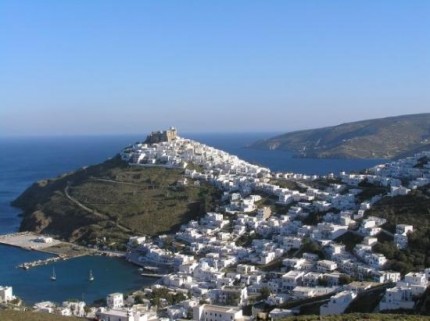 Astypalea, on its own to the west of the other islands, feels more part of the Cyclades than the Dodecanese. The charming village of Hora, with its whitewash buildings and windmills, is a slice of the nearby Cycladic islands. The difference here is that the Astyplaea is relatively undiscovered and comes without the crowds. The castle in Hora, in another departure from the norm in the Dodecanese, was built not by Crusaders but by the Venetians. It is one of the best examples of its kind and is reached through a maze of pathways.
LEROS 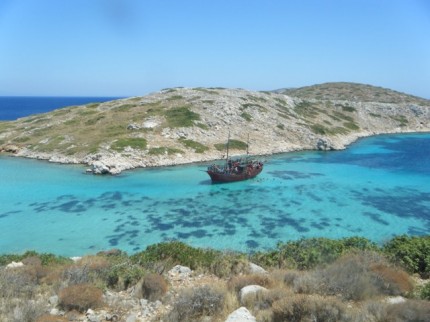 The more benevolent landscape of Leros. You can scuba dive at a couple of locations of Leros, and get lessons if you need them. The main attraction is to dive on the wrecks left over from the second world war.
TILOS

The low-key, and little-visited, charms of Tilos will amaze you. Camping outside of an official campsite in Greece is officially illegal but often tolerated, especially away from other accommodation. This is the case at Eristos, where a mini village of tents and palm frond-shaded shelters pops up each summer; some visitors have been returning for over 20 years. The beach itself is a kilometre of sand that often has a pinkish tinge from the surrounding reef. If you can tear yourself away from the sand, Megalo Horio is well worth a visit. Unusually for the Dodecanese, this island capital has retained its traditional character. A stiff walk takes you up to the acropolis that towers above the town. Obviously there is a Crusader castle at the top to entice you, as well as great views.
PSERIMOS 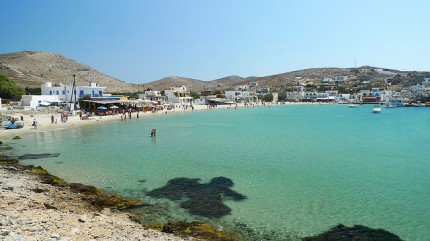 With a permanent population of just over 20, and blessed with remote, sandy beaches, Pserimos should be an island paradise.
This is not the end of the Dodecanese, however. The chain includes 14 other, smaller, islands that are inhabited to some degree, as well as the normal countless rocks that boast a few goats and a beach. What binds them all is a common history, mainly due to their location.