Behind the scenes in Hollywood’s best movies

Phedon Papamichael is an accomplished cinematographer and film director.

He was born in Athens in 1962 to a Greek father and a German mother. When Phedon was 6 year old, his family relocated to the United States, as his father, a famous artist and set designer, was offered a job as a production designer for John Cassavetes. Since his early age, he was involved in the magical world of cinema and eventually got hooked into it. He studied Photography and Art at the University of Munich and received his Bachelor in Fine Arts in 1982.

His first job as a cinematographer was in the film Dance of the Damned in 1988.

He later made his debut as a director in the film Showtime’s Sketch Artist in 1992 and 2 years later he directed Dark Side of Genius.

He has been a member of the American Society of Cinematographers since 2000.

He has been awarded the Prix Vision of the Avignon Film Festival for his film 27 Missing Kisses.

As a cinematographer, he has worked for tens of films, like After Midnight, Unstrung Heroes, Nowhere to Run, America’s Sweethearts, Sideways, Walk the Line, The Weather Man, The Ides of March, The Descendants and The Monuments Men. He has also worked together with famous directors, like Alexander Payne, Oliver Stone and George Clooney and has directed films, like Sketch Artist, Dark Side of Genius, From Within, Arcadia Lost and Lost Angeles.

He has worked together with the most famous Hollywood stars, like Will Smith, John Travolta, George Clooney, Tom Cruise, Nicholas Cage, Russell Crowe, Cameron Diaz and many more, but he maintains a long term friendship with few, like Joaquin Phoenix and Dustin Hoffman.

He spends his time between Los Angeles and Leonidio of Arcadia.

”I want to spend more time in Greece from next year. My parents live there and my home is also there. I visit Los Angeles regularly just for my job. Obviously, I will move permanently to Leonidio some time in the future. It’s unlikely to live the twilight of my life in the United States”, he stated in an interview with GreekReporter.com.

The Greek cinematographer  is nominated for the Golden statue for his black and white work in the movie «Nebraska» of Alexander Pane. The beautifully photographed vast plains of the mid-east States of USA, by Fedon are the background of the films as Pane sets in the centre of the scene the elder key actor. 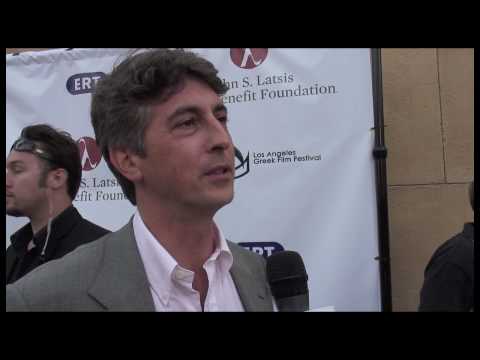