He charms and be charmed by acting

He was born and raised in Paris, while he still remains a resident of Paris. He speaks fluent French, English and Spanish, while the continuing proposals for cooperation in international productions, quickly made him a «global citizen».
From his experience and interests he draws elements that help him to successfully play roles «stereotypes» or more complex, like the infernal Cuervo Jones or controversial Colombo.

In Spain he became known for his films «Pasion Turca» of  Vicente Aranda and «Muere Mi Vida» of Mar Taragona. In Greece he won the impressions in the film by Loukia Rikaki «Kuarteto se tesseris  kiniseis » and “ I sfagi tou kokora» by Andreas Pantzis, for which he won the award for Best Actor at Thessaloniki Film Festival.

In England he has worked with the BBC in many films including the movie «Bambino Mio» with Julie Walters. In France he has played in several films and television productions. More specifically: «Long Live the Bride and the Liberation of Kurdistan», directed by Hiner Saleem, «Préférence» (Grégoire Delacourt), and «Love, Math and Sex» (Charlotte Silvera). He also had starring roles in television series such as: «Le Château des Oliviers» by Brigitte Fossey, «Tramontane» by Alexandra Vandernoot and, more recently, «La Bicyclette Bleue» with Leticia Caste.

He has also acted in many English-speaking films, both blockbusters and independent productions. The most important are the following: «Escape From LA», «Christopher Columbus, the Discovery», «Not Without My Daughter», «Impromptu», «Minotaur» and «The Mahabharata».

He was selected by David Lin to star in the film «Nostromo», which was based on the novel by Joseph Conrad. The film originally was to be carried by Spielberg and the shooting lasted four years. During filming, George had the privilege to work with Sir David Lin.

George Corraface started in theater. He studied at the Ecole Nationale Supérieur des Arts et Techniques du Théâtre, and his first appearance on stage was on tour as Basanio at the Shakespearean «Merchant of Venice».

He had later participated in the play «Les Justes» by Albert Camus, while continuing his studies at the school Conservatoire National Supérieur d’Art Dramatique de Paris, as pupil of Antoine Vitez.

His thesis included the production and writing of the play «A Fairy Tale for Social Scientists», along with Rosalie Ouolok. Furthermore, his presentation of «Phaedra», by Racine, provoked the reaction of the press.

Subsequently, he worked for a time with the actors of the Comédie Française, and he also participated in theatrical productions such as the controversial «On the Tightrope» by Fernando Arampal, played at the Avignon Theater Festival and the adaptation of «Blood Wedding» by Federico Garcia Lorca in flamenco.

In Greece, although he is already known, he met the ultimate recognition having the leading role in «Touch of Spice». His more recent work is the film «Dangerous cooking», followed by the «without borders», which co-starred with George Vogiatzis. As he claims, despite his long course at the movies he continues to be fascinated by acting, which he serves faithfully.
In his spare time, George is an amateur musician, while a good book is always in his options. He maintains personal site on the Internet at http://www.corraface.com, which, however, includes posts in French and English. 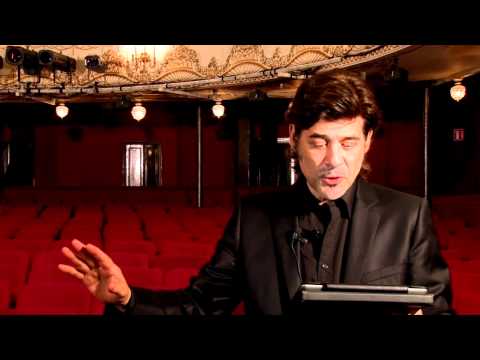